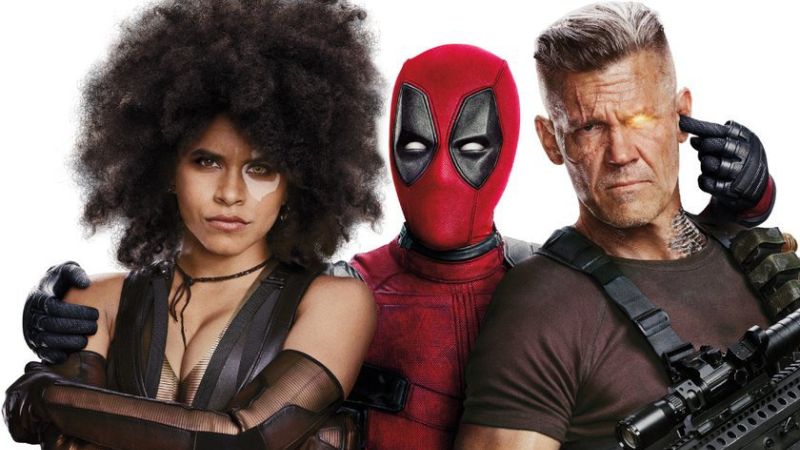 The good things about Deadpool 2 first. I have always appreciated the character of Wade Wilson. Creators of the film have portrayed him as a confident man who cries, tries to be in touch with his feelings and finds comfort in bear-hugging other men. He is not a Byronic hero and it pleases me no end to see him divert from the toxic masculinity that is usually portrayed in such superhero films.

Men can be engaging intellectuals without having to be cold, stoic and possessing the emotional intelligence of a brick. While there are rare characters that require these qualities, Deadpool is certainly not one of them. He is also said to be the first pansexual superhero introduced by Marvel Movies.

The wonderfully produced opening credits sequence where Deadpool strikes multiple sexy poses indicates fluidity. He does not care about looking soft or cute. In fact, he does it because that’s his personality and he has fun being open about it. He is a cool guy who does not think about performing sexuality – he is just himself.

Speaking of which, just when we finally get to see the relationship between Vanessa and Deadpool, the one that he fought so hard to achieve in the entire first film—she dies. Even though her death is pivotal to the film’s plot, I am tired of seeing her disappear and reappear at the beginning and end of both films in the franchise.

Wade Wilson is a cool guy who does not think about performing sexuality – he is just himself.

If she is so significant to him and the film, how come I don’t know her last name (Carlysle) without having to look it up online? What is her job? Is she still a sex worker-turned-stripper? Does she have other friends or family? I’m sure they too would be affected by her death. Is her death saddening because she’s his girlfriend or because there was something special about her?

Even after paying close attention, you don’t really know anything about Vanessa as an individual. To me, it seems that the murder was just a convenient way of avoiding the task of building her character (at least in Deadpool 2).

She was kidnapped in the first film and killed in the second so that there would be plenty of room left to make a third one. This is where we must ask ourselves – what will it take for women dating superheroes to be represented as even mildly unique characters and not the motivation for these supermen to be better supermen?

There is a term for this phenomenon, it’s called fridging. It is used to indicate a female love interest being killed as a way to propel the male hero forward. After beating around the bush, even Morena Baccarin, the actress playing Vanessa says that audiences are ready for plots with more creativity and less fridging.

In order of appearance, next, we have Negasonic Teenage Warhead. She now has a girlfriend, Yukio. It is refreshing to see a clear representation of the queer community and not a blurry idea of this badass character’s sexual orientation.

Yukio is a mutant too. She is of Japanese descent and has adorable moments with the protagonist of the film where they acknowledge each other cheerfully in highly stressful situations. The couple plays a significant role in saving their fellow mutants’ lives in the final fight sequence.

The film also introduces a new mutant character, Domino, portrayed by Zazie Beetz. Here’s the most interesting thing about her— she’s lucky. If they hadn’t introduced that one detail, I would’ve genuinely enjoyed watching her excellent onscreen driving, fighting and survival skills.

what will it take for women dating superheroes to be represented as even mildly unique characters?

But of course, she is only that brilliant because her superpower is luck and nothing bad can ever happen to her. She is strong and can fend for herself, but these qualities get discounted immediately because throughout the film we know that she’s just lucky. Seems to me that the makers of Deadpool 2 have found a not-so-subtle way around portraying women as inherently interesting.

There is a good amount of representation of ethnicities and differently abled people in the film, but visibly not enough women. This makes me feel like it’s a film made for the most part, by men, with men for the enjoyment of other men.

If you do choose to ignore these aspects of the film and only focus on the irresistible references to other films in the Marvel Movies, the effective use of slo-mo, the acknowledged use of CGI, the creative swearing, eccentric nicknames and the simplicity of Deadpool’s relationship with Dopinder, it is hardly different from all the other quirky super-films generated by Marvel Movies.

It has been observed that superhero films, of which apparently we do not have enough, will try and be more feminist with every sequel (even if it’s only for marketability). I do admire the effort put into the humour in this much-awaited sequel. Not enough to make up for it being a cretin to women and using them as plot devices, but the attempt is appreciated.

Dear Amul, Why Do Toys Have Gender Roles?