Caste inclusivity and poverty inclusivity is something that NALSAR doesn’t seem to evidently understand or know when it comes to food security.
By Kumarjeet Ray May 24, 2018 4 min read

In college, food is one of the most important essentials of survival in a residential campus away from home. Each time I go back home, my parents complain about how thin I have gotten and how ill I look because of that.

While most of us blame the quality of mess food for that, a lot of it also delves down to the accessibility of food on campus. NALSAR is unique in its nature as the only options available for food is inside the college as it is quite far from any plausible eatery. It is quite important to analyze food security in the NALSAR campus itself.

In NALSAR, the mess serves food three times a day. Breakfast (8-9:30), lunch (12:30-2) and dinner (7:30-9). The lunch to dinner gap is a huge one with only a tea break and some biscuits (or light snacks) in between. Food is supposed to be served every four hours for a healthy human body.

Most students end up buying food in the evening from the many stalls that are there on campus. Not only at this time, but after dinner as well, this becomes a problem. The mess closes at 9 and students often stay up till 2 AM doing their work, which is when the library closes as well.

Students then have to buy food at the stalls available. The food from these stalls is extremely costly. A plate of chowmein costs 50 INR at the lowest and a sandwich costs 40 INR at the lowest. Both of which qualify as a sad excuse for a filling meal. A meal with dal and rotis cost up to 100-120 INR.

mess closes at 9 and students stay up till 2 AM doing their work, which is when the library closes as well.

There is no form of subsidised food that is available for the poorer sections of students and often they have to sleep hungry almost every day or go around the hostel begging for food from their peers. In a survey conducted by the author, only 20% responded saying that they thought the food in the canteens wasn’t costly. This is a major problem that needs to be addressed in terms of food security on campus.

Another problem along the same lines is that of having a system of paid veg and non-veg. These payments are in addition to whatever the students have to compulsorily pay every day to get food in the mess. A sum is taken from the students on a yearly basis.

A lot of students cannot afford to pay 50 rupees extra and just have to sit at the table watching their peers eat the better part of the food. Having paid veg and non-veg as a blanket thing is a major case of relative impoverishment in college.

The injustice regarding food is not restricted to just students on campus. The cleaning and security staff have to buy food from the mess and eat. The cleaning staff, who belong to non-dominant castes, are in fact prohibited from eating food in the mess let alone buying food. They have to get their food from home.

They work on a daily wage labour basis under the college contractor. They are given a break for an hour in the afternoon and, at this time, the cleaning staff and security guards request students to get them food from the mess because it is either too costly for them to buy food from the mess or they were unable to bring food from home.

The teachers and non-teaching staff (except for one teacher, they all belong to dominant castes) are all allowed to eat in the mess. Certain members of the security staff like the Security Head Officers (SHO), more commonly known as the ‘head guards’, are allowed to take food from the mess. They all belong to dominant castes as well. Mess workers also eat in the mess.

There is also a possibility that the teaching and non-teaching staff of the college eat food in the mess without paying the Rs. 50 that is needed to be paid per meal for non-students but this could not be ascertained as there is no formal policy regarding mess rules. A conversation with one of the cleaning ladies also revealed that when they go to the mess to get something as basic as water, they are often ill-treated. Caste inclusivity and poverty inclusivity is something that NALSAR doesn’t seem to evidently understand or know when it comes to food security.

Talking about these issues also boils down to considering the alternative. The argument given for the high prices at food stalls is that very few students eat from these joints and thus to cover the costs of coming to college and running a shop, it is required that food be expensive. To reduce the cost of running these shops, the college can easily waive off the rent that is paid to them given that the college mess closes so fast and food isn’t available at the mess at all times.

The cleaning staff, who belong to non-dominant castes, are prohibited from eating food in the mess.

If the prices of these joints are reduced, maybe along with the quantity, it will see an increase in sales as the demand clearly exists in college. Moreover, there can be external options as well. Many colleges in DU-run subsidised canteens and all colleges run by Jesuits (Xavier’s) have subsidised canteens.

IRCTC also provides canteen services and their rates are far cheaper than the ones in our college – another option that can be explored. With the advent of Amma and Indira canteens, it is not a long shot for a premier government college to have one of those on campus to ensure accessibility of food on campus.

There are several alternatives and keeping our hands folded and complaining about the prices will not yield desired results. The alternatives need to be explored starting with the waiving off of rent and subsequent reduction of prices in the existing eateries on campus.

It is also important to ensure that all classes of workers, irrespective of the nature of work and caste, have access to mess food whenever they want to for free. If all fails then external options like IRCTC, Amma and Indira canteens can be explored. Food is one of the most important concerns in college life and restricting access to it by virtue of price is just unfair and discriminatory in nature. 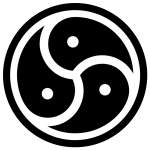 ‘It Is A Matter Of Right And Not A Matter Of Favour’: In Conversation With Dr. Ranjana Kumari On The Women’s Reservation Bill