IntersectionalityCaste In Conversation With The Casteless Collective: Dismantling Social Injustice Through Music

In Conversation With The Casteless Collective: Dismantling Social Injustice Through Music

The Casteless Collective is a political world music ensemble band which promotes and spreads the idea of equality with a primary intention of making people more politically aware and to understand the status quo.
By Ruth Chawngthu Jun 25, 2018 4 min read

The Indian music industry has had its fair share of controversy as most of the popular chart topping songs and Bollywood soundtracks are often riddled with classist, casteist, sexist, homophobic, colourist, and racist lyrics. The brazen display of upper caste dominance in music, for example, is evident in the industry and its festivals.

Tamil Nadu’s famous music festivals remain organised and controlled by the Brahmin minority where most of the performers consist of upper caste, upper class artists. Planning to assert themselves and challenge the hierarchical structures of both Indian classical and modern pop music are a group of young musicians from Chennai called The Casteless Collective, the brainchild of famed director and filmmaker Pa. Ranjith. They have released critically acclaimed songs imbued with social conscience such as the “Jai Bhim Anthem” which talks about Dr. B.R. Ambedkar’s life history in rap form and the “Quota Song” which talks about the contentious issue of reservation. They also have a song that focuses on the beef controversy along with songs that talk about LGBTQ issues, living in poverty, and gender inequality.

We had an amazing opportunity to interview the collective’s music director and band leader – Tenma who had been active in the indie music scene in Tamil Nadu for quite some time before joining The Casteless Collective and he answered our questions on behalf of the ensemble. 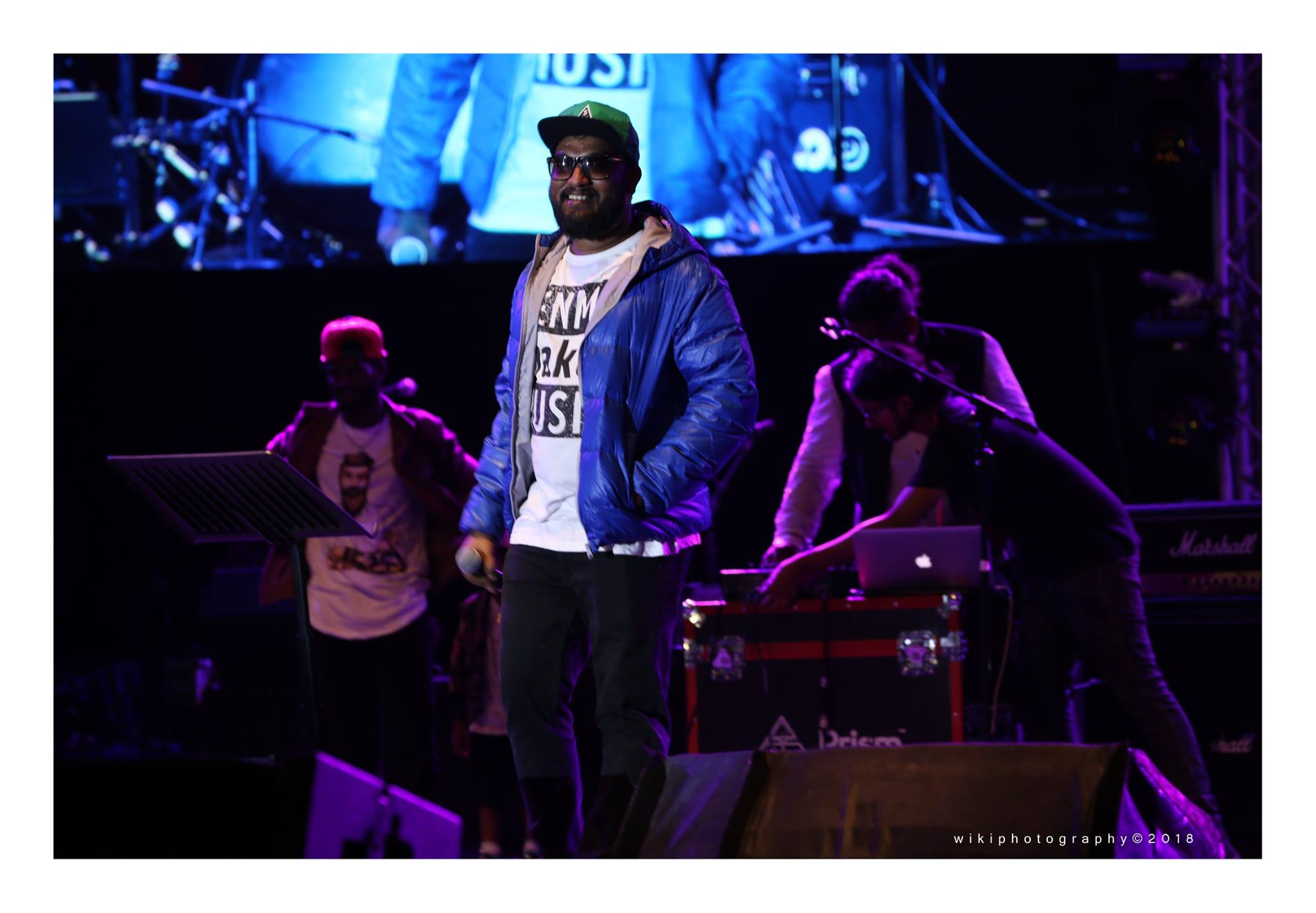 Pictured: Tenma, music director and leader of the band.

Ruth: How would you define The Casteless Collective to people who have never heard of it? What is the idea behind the name and when was it founded?

Tenma: The Casteless Collective is a political world music ensemble band which promotes and spreads the idea of equality with a primary intention of making people more politically aware and to understand the status quo.

Ruth: Is the collective based solely in Chennai or also elsewhere? Is there a leader/front person?

Tenma: The Casteless collective is based in Chennai but the members are from Chennai and from Dharavi, Mumbai. I lead the band.

Ruth: Considering the current political climate, do you think it is important to highlight political and social issues through music? Why?

Tenma: It is definitely important to highlight the issues irrespective of current or past political climate. The idea is to make people aware of the situation and who they are in the system. Some of the issues we talk about are things which have been happening for over hundreds of years. On the larger scheme of things, the status quo needs to change. Music is a medium which is easy to connect to and you can say a lot of things in one line or two lines of a verse or chorus than any long form medium. The crux of the matter can be conveyed easily.

Ruth: A lot of your music centres around Dalit assertion and Dr. BR Ambedkar’s philosophy. How has the music industry reacted to this?

Tenma: We have had a majority of positive reception and of course some heat as well, but that’s okay. The idea is to bring about discussion and not end it at just a song or performance. Dr. Ambedkar is a leader of equality and we are band who speaks about equality. Why should there be any trouble unless you feel that equality is unnecessary?

Ruth: Do you think it is truly possible to be casteless as an Indian?

Tenma: There is a family in Kerala who have been casteless for two generations. It all starts with a single step. Once you remove caste pride and focus on equality, things will start to change. I am not saying all of this will change immediately. As a generation, we need to strive to become better with a fresh pair of eyes to restore human dignity. 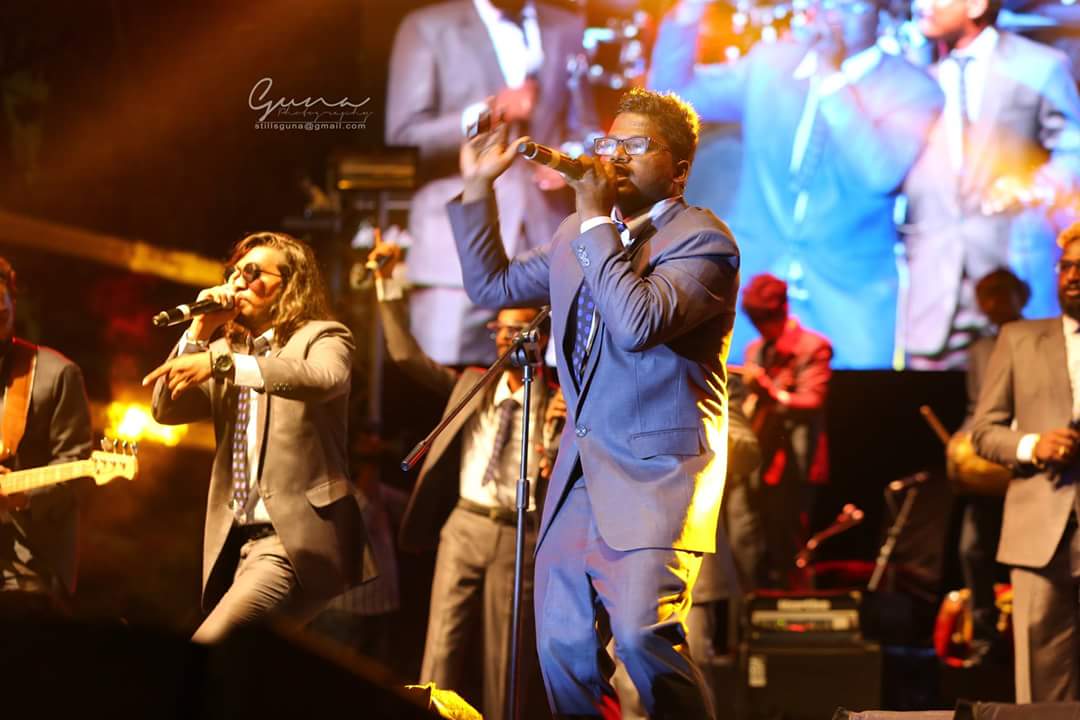 Ruth: You cover a lot of genres ranging from hip hop to fusion. Do you divide the collective for particular songs or do you all play and compose each song?

Tenma: The whole collective is one unit. Depending on the size and scale of the performance venue we change and alter the tracks.

Ruth: What role has Pa. Ranjith played in helping The Casteless Collective achieve its objectives?

Tenma: Pa. Ranjith is the reason behind the formation of The Casteless Collective. He called me for a meeting to create a political band. Neelam Cultural Centre is an art political movement by Ranjith and they have been doing a lot of counter cultural ideas like Manjal (a play about manual scavengers), Ladies and Gentlewomen (LGBTQ+ documentary) and many more. Through his organisation and through my label (Madras Records), we conducted a residency and created the band. He is the driving force and the pillar of The Casteless Collective.

Ruth: How has the journey been so far and what are your hopes for the future? Any particular experiences you’d like to share?

Tenma: The journey has been good for the whole band and everyone involved in it.  It is a refreshing situation for the gana artists and for the rappers. To create the form and bond, it took some time but now everybody is on the same page and it’s excellent. The debut show had 7000+ audience that itself was monumental for any stage performer.

The Casteless Collective is here to change the game and we can’t wait to see them break every single glass ceiling. FII thanks Tenma for taking out time from his busy schedule to answer our questions. Follow them on Facebook, Twitter, Instagram and Youtube.