We always complain about the absurd lyrics that many Bollywood songs have. It would be considered alright if it’s just for comic entertainment, but if they (and they do) have a significant influence on half of the population-men-and make it harass the other half, then it’s a problematic situation. Two videos from AIB – The Bollywood Diva Song and Harassment Through the Ages – correctly point it out that Bollywood songs (and movies) are not helping in uplifting the dignity and honor of women.

Also Read: The Wolf Pack: Are Our Item Songs Giving In To A Gang Rape Fantasy?

The misogyny in popular culture is often argued to be a product of Western influence on music. This argument goes on to say that we are often ignorant about our own treasures of classical fine arts, which is true to an extent. But let’s take a look at Hindustani classical music, and how ‘sacred’ it is, shall we?

The vital element of any Hindustani classical program is a bandish, or cheez – a song having 4-6 lines, divided into sthayi and antara. The singer beautifully elaborates the words inside the boundaries of a particular raaga, and at the same time, describes the raaga in the boundaries of the words.

Considering the classical singer is singing the same lines for at least an hour or two, it becomes very important to analyse a typical bandish. There is a traditional set of such bandish which were written at least 800 years ago, considering that the era defining the revolutionary progression of Hindustani classical music was around the 11th or 12th century or even earlier.

the practice of humiliating women through lyrics has passed on from classical to film music.

Initially, Hindustani classical music had a more mechanical structure – dhrupad – which contained purely deity-based verses, as music was just a means of worship. Afterwards, northern India came under the influence of Muslim rulers, who influenced the art and culture of the time. Indian artists embraced this because it allowed the artists to, for the first time, express themselves through the khyal gaayki (literally meaning ‘thought’). The bandish were now sung in the khyal and were structured accordingly. We absorbed more elements like thumri and dadra, which, despite being only semi-classical forms, became an invaluable piece of the Hindustani classical concert.

Hindustani classical bandish are mostly based on either Radha & Krishna or the love of some unknown woman who is desperate to seek attention of her ‘intended’. One such example is a famous bandish in raaga Hameer:

Sthayi – Langarawaa kaise ghar jaaon, Sun paave mori saas nanadiya, Chhad de mohe dheeth | (How can I go home now? My in-laws will admonish me if they hear about this.

Antara – Hoon jo chali panaghatava thaado, Kaun bahaane pyaare balama, Cheen lai mori sees gagariya, Barajori tihaare (sundaravaa) | (I had gone to fill water near the river, and my beloved, being naughty, snatched the pot from my head and was bothering me. (Barajori could mean harassment, but it is sung in a ‘mischeivous’ and welcome tone since it is by the woman’s husband)

Another famous bandish with a similar mood is from the raaga Puriya Dhanashree:

Antara – Piya samajhaaun samajhat naahin, Saas nanad mori degi gaari || (My beloved is not being patient no matter how much I explain that if I move out of the house, my mother-in-law and sister-in-law (saas-nanad) will listen and they will curse me.)

Both of these lyrics portray a woman who is immensely frightened of her in-laws. And there is an over-eager or demanding husband who likes to get her in trouble. This woman can’t seem to go anywhere without getting scolded.

Many bandish from many ragas have the same words with a little rearrangement, keeping the essence same – the woman always gets in trouble.

There are a  number of bandish where the woman faces violence, like in this bandish in raaga Todi:

Antara – Sun paave mori saas nanadiyaa, daure daure ghar aave || (If my in-laws hear about this, I’ll have to run from here to go home)

Some bandish also portray a woman who has extremely low self esteem or is constantly admonishing herself, like in raaga Malkans:

Sthayi – Main piya sang lad pachtaayi re, bhayi akal ki kaani re || (I heavily regret arguing with my beloved. Oh I was such a brainless fool!)

Arguments happen all the time, why does this lady feel terrible enough to curse her intelligence? It could be because it was against the rules for women to speak their mind and have a different opinion.

A similar bandish says, Maan le mori baat saiyyan, beet gayi jug, naa maane saiyyan| Begi begi aao levo daras, Tarasat jiya mora | (Here, the man is somehow unhappy and has gone away, and she is desperately convincing him to come again, since her soul is suffering without seeing him.)

She is portrayed to have nothing else to do but woo her man back – without him, her life has no meaning. In almost all bandish lyrics, a woman is depicted as someone desperate to please her man. The man, however, is highly callous and hardly pays attention to this woman.

Hindustani classical music has both male and female singers, with male singers being the dominant gender. It is highly ironic to see both a man singing all this on behalf of that helpless woman, or a woman singing these lyrics, oblivious to the sexism hidden within them.

We live in the twenty-first century and sing bandish written hundreds of years ago. In classical music theory, khyal refers to the thoughts (of the singer), as described by the singer. So are these bandish lyrics then the singer’s own khyal? It’s a tragedy to have an entire genre of art based on fake assumptions. The lyrics of the bandish are hugely influenced by a single community and its deities, so it isn’t relatable to other communities of people in the country (not to mention it not being relatable to half of the population – women).

In almost all bandish lyrics, a woman is depicted as someone desperate to please her man. The man, however, is highly callous and hardly pays attention to this woman.

The genre of thumri has a slightly franker depiction of human emotion. Just as the courtesan-tawaifs who popularised the genre, thumri breaks the boundaries of raaga and explores further, creating its own distinctive sound in the process. It is said that medieval rules encouraged thumri and took it to the mainstream – both its dance and its music. It evolved mostly in Lucknow in the court of Nawab Waajid Ali Shah. Thumri was traditionally performed by the courtesans, who danced kathak along with the music (bol-baant).

Soon, the sophisticated elites of Hindustani classical music realised the elegance of this genre, and a new version of thumri arose and evolved in Varanasi in the late 19th century, which was independent of dance, and much more slow-paced (bol-banav). Thumri got an honorary place in Hindustani classical music, at the cost of the decline in the grace of tawaifs – whom the art actually originated from – causing them to turn to other avenues such as sex work.

Curious observers would notice that in the old era, women dominated thumri, but classical music was dominated by men. Women performing the thumri didn’t have a very charmed life – as we’ll get to see in the upcoming biopic of Gauhar Jaan – and women weren’t encouraged in the genre of classical music (women performing any kind of music were looked down upon anyway). Now the situation has changed with time, with almost an equal number of male and female thumri singers.

Some examples of the thumri that is sung today:

Raag Sindhura: Baalam tere jhagde mein rain gayi (Oh dearest, you have wasted the entire night in the fight (argument). Sometimes it is only a single line.

Antara – Eiso chanchal chapal hat nat khat maan, Tana kahu ki baat, Vinati karat mein gayi re haar ab (He is clever, naughty, dramatic and very stubborn, he doesn’t listen to anybody. I am tired of requesting him not to tease me).

All the thumris have the same essence. It is a wonder how singers don’t see a problem singing these lyrics, which deny all hope for the upliftment of women. We blame Bollywood for writing offensive lyrics, while even the original, ‘classical’ art doesn’t allow a woman to grow out of her old under-confident, suppressed form.

It is often stated that the skeleton of film music is classical music. Everyone who wants to be associated with Indian film music, is advised to learn the basics of Hindustani classical music, which of course includes the same bandish, though in its basic form. It would not be absurd to say that along with this basic skeleton, the practice of humiliating women through lyrics has also passed on from classical to film music.

An update of some kind is extremely important in this sphere of art. The artists are considered to be ‘in their own world’, which is used to justify irresponsible behaviour. Certain excuses are given, like “Music is a language in itself – once the singer enters the raaga he forgets everything, (even words)”. Another argument would be that these bandish preserve the old tradition and culture. But we have a rich kingdom of folk art for the preservation of culture and tradition. Classical music should be regularly assessed, scrutinised, improvised and updated. It should embrace a ‘research and development’ culture.

We blame Bollywood for writing offensive lyrics, while even the original, ‘classical’ art doesn’t allow a woman to grow out of her suppression.

Artists are an important part of a civilisation, and any form of art they perform should have a conscience. They should continuously improvise their art to encourage the progression of the society to a better condition.

Mudita Sonawane has done her masters in Physics and is doing Sangeet Visharad (Indian classical vocal). She has represented her university of Mumbai in the 9th South Asian Universities Festival in 2016. She is also an amateur photographer, and has recently started writing. You can follow her writing on her blog or follow her on Instagram. 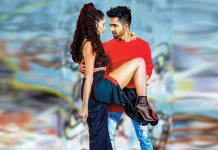 Family Nivedita Jayakumar - February 14, 2020 0
To answer the title question: Not always, a toxic mother can raise a feminist daughter but that daughter she raised can always be a self-taught feminist.