Kuyili's bravery and brilliance allowed Velu Nachiyar to not only win the battle against the British, but also reclaim her kingdom.
By Amudha MV Jul 31, 2018 4 min read

It is not common knowledge that Velu Nachiyar (1730-96), the Queen of Sivagangai, was the first ruler in the Indian history to wage a war against the British colonisers in 1780, about seventy-seven years before what we believed to be the First War of Independence took place. What is perhaps even lesser known is that the strategy that helped her win was devised and played out by Kuyili, her Commander-in-Chief. Though hardly ever recognised or acknowledged for it, Kuyili has played an important role in shaping the history of India.

Kuyili, fondly addressed by some as Veerthalapathy (The Brave Commander) or Veeramangai (The Brave Woman), was a valiant warrior who belonged to the scheduled caste of Arunthathiyar. Kuyili was born to Periyamuthan and Raku, who worked in the fields. Her mother Raku, who was well-known for her bravery, died in an attempt to save the fields from being destroyed by a wild bull. Devastated, Periyamuthan then moved near Sivagangai with Kuyili, where he worked as a cobbler.

It is said that he raised Kuyili by telling her of the many courageous acts of her mother, which inspired her. He was soon employed as a spy for Velu Nachiyar, who was then in hiding. He also fought alongside his daughter and the Queen during the war.

The nature of Periyamuthan’s profession brought Kuyili and Velu Nachiyar close together. Kuyili and her father were unrestrictedly allowed access to Velu Nachiyar at all times, which is when Kuyili found a special place in the heart of the exiled Queen.

Kuyili saved the Queen’s life on more than one occasion. When an intruder tried to murder Velu Nachiyar in her sleep, Kuyili saved her life and was badly injured in the process. On witnessing this, Velu Nachiyar immediately tore a piece of her saree to bandage Kuyili’s wounds.

On another instance, Kuyili discovered that her own Silambam (a weapon-based martial art) teacher was a spy working against the Queen. She immediately ended his life, sensing the danger he could cause Velu Nachiyar. This led to the Queen making Kuyili her personal bodyguard.

When the British tried to coerce Kuyili into revealing Velu Nachiyar’s plans, she refused. As a result of which they tormented her community by committing various atrocities on Dalits. To aid Kuyili’s resistance, Velu Nachiyaar made her the Commander-in-Chief of the women’s army.

After the successful formation of alliances with Maruthu Pandiyars, Hyder Ali and Tipu Sultan, Velu Nachiyar entered into war with the British in order to reclaim her kingdom. Though her armies were well-trained and had won a few battles, they faced a lot of difficulties due to the advanced weapons used by the British army.

She set herself on fire, thereby destroying all the weapons – leaving the British army completely vulnerable.

This is when Kuyili formulated her strategy. She gathered information about women being allowed into the The Sivagangai kottai (fort), which was against the norm. As it was the 10th day of Navaratri, women across the kingdom were allowed inside in order to celebrate the Vijayadasimi festival which was celebrated in the temple of Rajarajeswari Amman. Kuyili took use of this golden opportunity and planned a surprise attack on the British. She led her army who were dressed as civilians and were unnoticed by the British army who were swarming around the fort. Having hidden the weapons inside the flower and the fruit-baskets, the women entered the fort and on the Queen’s cue, attacked the British.

The British army, taken by surprise, were forced into a battle they were unprepared for. Kuyili, who had already made note of the location of the storage area where the weapons were kept, formulated another plan. She made use of the chaotic surroundings and made her comrades pour ghee and oil all over her that were kept for the burning of the lamps. She then went inside the storage area and set herself on fire. She destroyed all the weapons and left the British army completely vulnerable. Her bravery and brilliance allowed Velu Nachiyar to not only win the battle, but also reclaim her fort and her kingdom.

Though our history has failed in recognising Kuyili’s selfless act, her actions had nevertheless helped in restoring the people of Sivagangai their identity.

The Government of Tamil Nadu, after almost a decade of promising to do so, finally commemorated a memorial to glorify the bravery of Kuyili. This is located in the Sivaganga district in Tamil Nadu. 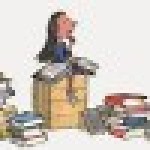