IntersectionalityCaste From Bollywood To The Great Indian Middle Class: Why Does Caste Continue To Be Erased?

From Bollywood To The Great Indian Middle Class: Why Does Caste Continue To Be Erased?

In Indian cinema, caste continues to be wilfully erased and invisibilised as our society refuses to acknowledge its ugly casteist practices.
By Sanjana Pegu Sep 19, 2018 4 min read

Prodded by a Marathi friend, I finally watched Sairat while studiously avoiding Dhadak which, as I understand from reviews, elided the question of caste as neatly as the gyrating of hips integral to every Bollywood song and dance routine. It was quite bemusing to note that some people actually expected nuanced social commentary from a Karan Johar-produced, star kid launch vehicle.

Even though I have little patience for naach gaana, I thoroughly enjoyed Sairat, a thought-provoking movie which is subversive in a very smart way. Aside from putting caste front and centre of the plot, the characters and its punch-in-the-gut ending are radical elements that are woven seamlessly into its narrative including the strong, outspoken female lead who doesn’t need to be saved, the disabled friend who, in my opinion, had the most touching scene in this three-hour intelligent drama fest, and the non-glorification of poverty. Radical because in mainstream movies these aspects are rarely portrayed in a thoughtful manner without degenerating into tokenism or a crude attempt to grab awards and critical acclaim.

Also read: Dhadak Fails to Understand What Made Sairat Special

The movie got me thinking about this curious fact that while mainstream Bollywood has often featured love stories highlighting the Hindu-Muslim divide, caste has rarely got the same treatment. The former has featured A-listers in films such as Raanjhanaa, Gadar, Veer Zara, Ishqiya, Bombay, Jodha Akbar, My Name is Khan, Ek Tha Tiger. Now, religion may not have been critical to the plot in all of those movies but the fact that such movies exist without anyone batting an eyelid, especially those with happy endings in a world where love jihad is apparently a real problem, could be a minor cause for pop culture celebration.

while mainstream Bollywood has often featured love stories highlighting the Hindu-Muslim divide, caste has rarely got the same treatment.

No such love is given to caste though. Aside from a few arthouse movies like Ankur and a Saif Ali Khan hamming about reservations in Aarakshan, Bollywood has rarely bothered with the caste question, preferring to ignore it just like it evades plausible character arcs and logical plots.

One of the reasons I could think of for this wilful oversight is that people find it easy to acknowledge religious differences unlike caste which is an issue that most middle and upper class Indians would rather sweep under the carpet and purport to be blind to it while practising it in several insidious ways. This myth of a post-caste society is propagated by even supposedly progressive intellectuals like Shashi Tharoor.

One need only dip the smallest toe in any online discussion on caste to realise that bhakt and urban naxal epithets aside, people get supremely touchy when accused of being casteist. The othering of Muslims is acceptable, even encouraged but caste throws a spanner in the works of a united Hindu front (Project Akhand Bharat these days) and indirectly proves that Hinduism is less a religion and more a system of segregation.

Even for millennials who like to think of themselves as socially liberal proved in part by their token Muslim and Dalit friend, consumption of content generated by “woke” outlets like Humans of Hindutva and AIB, and championing of #MeToo on social media, get defensive on the subject of caste privilege and their complicity in it, willful or not. It is why they can get away with condemning the Dalit protests after the violence in Bhima Koregaon and pass it off as ‘riots’. For them, caste annihilation has already happened in the cities – the Indian version of “I don’t see colour”. Can we then expect any better from our movies that have only recently started to feature gay men as more than a crude, deplorable, effeminate joke?

Then there’s the fact that caste is dehumanising in so many ways and most people avoid grappling with its implications, forget engaging with it sensitively. Bollywood would rather show poverty in a palatable manner in its poor-rich love stories. But caste demands acknowledgement of its inherent ugliness and gratuitous violence – an indictment of our society’s gross inequalities and hypocrisies.

Mainstream representation of adivasis and tribal groups from North-East India is even worse. Since they look different and are perceived as “backward”, they are subjected to the worst kinds of stereotyping (if featured at all), relegated to blink-and-miss roles, and their voices and cultures blatantly appropriated without much backlash from mainstream media and mainland liberals. This is why a Priyanka Chopra can gleefully play Mary Kom and a Shahid Kapoor has no compunctions accepting the role of Dingko Singh.

Mainstream representation of adivasis and tribal groups from North-East India is even worse as they are subjected to the worst kinds of stereotyping, if featured at all.

Bollywood is savarna-dominated – the characters are mostly savarnas, the mass audience may be filled with DBAs but the elites that it caters to are savarnas. In a certain sense, Bollywood is merely a heightened, diegetic reflection of our society. It is why our movies rarely reflect caste realities, why we have such uninformed, antipathetic discourses on reservations, and why endogamy in this country is so normalised that no one even talks about it. Somehow we have brought into the narrative favoured by Hindutva ideologues that caste doesn’t matter at the same time as our obsession with the neo-liberal shibboleth of individual excellence against all odds has reached a fever pitch. How can then, we ask, caste be a differentiator?

For Bollywood, it’s much easier to do a rich girl-poor boy narrative and show how love conquers all, or at least peddle that liberal fantasy in the case of Hindu-Muslim couples. But even in modern day India’s silver screen, love is subservient to caste barriers and so, caste continues to be erased and invisibilised. 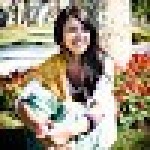