It's time for men to recognise that patriarchy exists and examine their own position in this system that has subjugated womenkind long enough.
By Madhuri Sastry Oct 12, 2018 3 min read

So, the third wave of the #MeTooIndia movement which began with Raya Sarkar’s list, has shaken things up a bit. Are you a man who is feeling guilty? Ashamed? Angry? Confused? Eager to help? Read on for 10 things you can do to help make things better (or at least, stop making things worse…)

1. Recognise That It Exists And Own Your Privilege

Patriarchy is a structure that is kept in place by ordinary people. Recognise that it exists and examine your position in this system. Recognise that you have been at the receiving end of a lot of privilege, big and small. Look at the gender roles in your own home, how the rules and expectations are different for men and boys than from the women and girls who belong to the same family.

2. End The ‘Boys Will Be Boys’ Attitude

Men aren’t inherently loutish and creepy. But we let louts and creeps off the hook with this backward attitude. Drop it. This includes ending homophobia, and not holding up ‘macho’ behaviour as the gold standard. Stop perpetuating ideas like ‘boys don’t cry’, it’s terribly unhealthy. Toxic masculinity affects everyone, including men.

3. Believe Survivors And Support Them When They Speak Up

Be an ally. If you can’t say anything nice, just be quiet. Don’t shame or blame survivors. Don’t trash their characters. Don’t call them liars or sluts. Don’t say they are looking for 15 seconds of fame. Try and create safe spaces for them to share their stories. Understand that they are reliving trauma, so don’t make this about yourself, don’t make this a #HimToo. Don’t gaslight, don’t derail, don’t police what they say. And for the love of everything – do not re-trigger them.

Consensual sex is sexy. Recognise that power and consent are intertwined, and too many times women are afraid of saying no because they are terrified of what will happen to them. Sex isn’t a contest to see if you can convince a woman to say yes against her better judgement. Consent needs to be mutual, free, and enthusiastic. Feeble nos are not yeses! Crucially, understand that consent can be withdrawn. If you’re still confused, watch the video below. It should help deconstruct the nuances.

5. Understand That Sexual Harassment And Assault Are Abuses Of Power

And that abusive behaviour exists on a spectrum. Yes, persistent requests for sending nudes are fundamentally different from rape, but it is still abusive behaviour. Think about how you would feel if a man kept sliding into your DMs asking to see your penis, or sending you unsolicited dick pics. You would likely feel violated. Extend that sympathy to women. Don’t trivialise the issue by, such as, writing of traumatising experiences as ‘bad dates’. They are so much more than that, and can have profound and long-lasting impacts on the mental and physical well-being of women.

Educate yourself about the gender movement, its history, and its goals. There’s near to unlimited information available on the internet, and there’s not much that a simple Google search can’t help with. The Handmaid’s Tale by Margaret Atwood, Difficult Women by Roxane Gay, and We Should All Be Feminists by Chimamanda Ngozi Adichie is a good starter pack.

7. Introspect And Call Out Misogyny

Think about whether and how you (and your friends/family) might have been complicit in keeping patriarchy alive. Don’t participate in WhatsApp groups that share misogynistic jokes and pictures. Call out your family members and friends if they’re engaging in this. Call them out even and especially when it is difficult to do so. Explain to them why such behaviour is wrong, how it feeds patriarchy and exacerbates power imbalances.

The time has come for a real shift in attitudes and culture. Recognise (even seemingly innocuous) situations that may make women uncomfortable – at a bar, at a classroom, in a board meeting. Groups of men talking over women, excluding women’s perspectives, or praising an idea only when it comes from a man – these all too familiar occurrences serve to exclude and marginalise women. Don’t engage in ‘locker room talk’, don’t objectify women.

Also read: A Letter To My Daughter: Do Not Let Patriarchy And Privilege Get To You

Finally, and perhaps most importantly, this movement isn’t just about women or women’s rights, it is a human rights movement. Everybody has a right to live a life free from sexual violence. Including men. Understanding this as a human rights issue makes the gender movement inclusive. 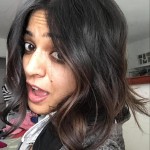 Why Do We Need The Menstrual Leave Policy In India?