Let's look back at how has the judiciary helped us in unfolding the progressive reforms and paved a way for a better society through its progressive judgments.
By Racheeta Chawla Dec 25, 2018 6 min read

As the year ends, let’s look back at how has the judiciary helped us in unfolding the progressive reforms and paved a way for a better society.

On January 18, the Supreme Court upheld the freedom of speech and expression and disregarded the idea of states acting as super censors, by ordering a nation wide release of the movie Padmavat. The states of Rajasthan, Haryana, had issued notifications of banning the film in their states.

The second landmark judgment came from Supreme Court, as a relief to Hadiya, who converted to Islam, to marry the guy of her choice, Shafin Jahan.  The Division Bench of Kerala High Court had called her marriage a ‘sham’, and had made some controversial observations such as “a girl aged 24 years is weak and vulnerable,capable of being exploited in many ways” and “her marriage being the most important decision in her life, can only betaken only with the active involvement of her parents”.The Kerala High Court has set aside the division bench judgment and stated that the High Court couldn’t have annulled the marriage under article 226 of the constitution.

The Supreme Court, on March 9, upheld the constitutional validity of passive euthanasia, whereby, the court observed that right to live with dignity also includes smoothening of the process of dying in case of a terminally ill patient or a person in a persistent vegetative state with no hopes of recovery.

Taking a step further,the Supreme Court emphasized on the need of khap panchayats to stay away from the personal choices of individuals and the menace of honour killing. The Bench held that the khaps or Indian Kangaroo courts should not behave like the conscience keeper of society, pointing out that a marriage between two adults was governed by the law.

25th April of this year marks as one of the most important days, as self-styled godman Asaram was  sentenced to imprisonment for life by a Jodhpur court, which found him guilty of raping and illegally confining a minor in his ashram in the year 2013.

6. Re-Institution Of Students, Expelled On Grounds Of Love Affair

Supreme Court came to the rescue of a medical aspirant with ‘low vision’, when it upheld the provisions of the Persons with Disabilities Act, 2006. It considered low visibility as a benchmark disability and rejected the claim of Medical Council of India that reservation for people with benchmark disabilities can only be provided in higher education institutions and not in technical institutions.

On September 6th, the entire nation held its head high in pride, and thanked the Supreme Court for decriminalising homosexuality. It came as a relief to all of us, when the court upheld the unconstitutionality of section 377 of IPC, to the extent it criminalizes consensual sexual acts between adults, whether homosexual or heterosexual. As per the judgment, the majoritarian views and popular morality cannot dictate constitutional rights.

9. No Welfare Committees Required For 498A

The Supreme Court atoned its previous judgment on ‘preventing the misuse of section 498A of IPC’, by withdrawing the scrutinisation of complaints by the Family Welfare Committees before any legal action by the police. The court observed that there were inbuilt mechanism in criminal procedure to check the misuse and the courts can’t fill in the gaps of penal law.

Upholding the validity of Aadhar, the Court made certain amendments to the Aadhar Act. The Court has opened up the criminal complaint system for data breach, by giving individuals the right to file complaints. It has prevented private entities to use Aadhaar information to authenticate identity of the person.

11. Live Streaming Of The Court Proceedings

Supreme Court allowed live streaming of the court proceedings and stated that live-streaming, as an extension of the principle of open courts, will ensure that the interface between a court hearing with virtual reality will result in the dissemination of information in the widest possible sense, imparting transparency and accountability to the judicial process.

12. No Quantifiable Data Required For Promotions

The same day, when the Aadhar and live streaming judgment came, the Supreme Court clarified the position of 2006 judgment (Nagraj case) and stated that there is no requirement to collect quantifiable data of backwardness of SC/STs to provide reservation in promotions.

A major reform came when the Supreme Court struck down the archaic law on adultery. Justice Chandrachud emphasised on respect for sexual autonomy. He also observed that law in adultery is a codified rule of patriarchy.

14. Entry Of Women To Sabrimala Temple

Putting an end to a centuries-old tradition, the Supreme Court on 28th September ruled that women, irrespective of age, can enter Kerala’s Sabarimala temple. The ban was on account of the assumption that women are impure during the menstrual age, i.e., of 10-50 years.

On 15th October, Jammu and Kashmir High court passed a judgment, asking for amendments to make sextortion a separate offence. Thus, it becomes the first State in the country to bring in a law banning ‘sextortion’, i.e. sexual exploitation of women by those in positions of authority or those in a fiduciary relationship or by a public servants.

In a liberal interpretation of the provisions of the Domestic Violence Act, 2005, the court held that the victim i.e. estranged wife or live-in-partner would be entitled to more relief than what is contemplated under Section 125 of the Code of Criminal Procedure, 1973, namely, to a shared household also.

Delhi High Court convicted all the accused and sentenced them to life imprisonment,in the Hashimpura Massacre. In the following case, nearly 42 to 45 persons belonging to Muslim community were allegedly abducted from Hashimpura in Meerut District, Uttar Pradesh by the armed personnel of the Provincial Armed Constabulary (PAC) on May 22, 1987, in the wake of communal riots in Meerut.

18. The Professor Who Criticised The University Was Reinstated

Kerala professor who criticized university was reinstated by the judgment of Kerala High Court. He had made a post condemning the university for making a Dalit student go to jail, on account of merely breaking  a pane, and he was suspended.

To introduce reforms in media reporting, the Supreme Court on 11th December, passed a judgment observing that reportage of child rape cases should be done sensitively keeping the best interest of the victims, both adult and children, in mind. Sensationalising such cases may garner Television Rating Points (TRPs) but does not credit to the credibility of the media.

Delhi High Court has sentenced Sajjan Singh to life imprisonment, after convicting him for the 1984 Sikh riots. The court vehemently criticised how these criminals have enjoyed political patronage. 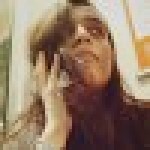 ‘I Was Constantly Reminded That I Am A Woman’: The Feminist Conflict Of House Hunting As A Single Woman

The Finance Bill 2017: A Political Tool In The Hands Of The Powerful