Historically, it hasn’t been uncommon for research labs and medical institutes to be male-dominated power structures, as most girls grow up in a climate of reinforced stereotypes and self-doubt. Yet, despite these odds, the last year has witnessed the rise of incredible women in STEM who’ve used intelligence and revolutionary thinking to touch communities all around.

In August of this year, PM Modi announced Indian Space Research Organization’s (ISRO) Gaganyaan mission, which, if successful, will make India the 4th country after the USA, Russia, and China to send a human to space. One of the most crucial minds behind this project is Control Engineer Dr. VR Lalithambika, who was recently appointed its director, and works on optimizing fuel for rockets.

Growing up with a mathematician grandfather excited a curiosity within Lalithambika – they would spend every Wednesday watching launched sounding rockets decorate the sky from their home in Thiruvananthapuram, Kerala. A veteran in her field, Lalithambika has spent an intense yet rewarding 30 years with ISRO, and has helped develop every single rocket in its use today.

In an interview with Deccan Chronicle, she says, “It is extremely satisfying to work in this organization because even juniors are allowed to voice their ideas and concerns, and every mission is achieved through teamwork so that nobody’s ego comes in the way. We have set an example for all organizations, private or government, that teamwork matters most to achieve the most challenging goal.” Her team’s most ambitious completed mission included launching 104 satellites into space using meticulous simulation to avoid collision, and has received international commendation.

She’s earned herself a global presence in scientific research, having worked at universities and institutions from the USA to Slovenia, and has authored/co-authored over 300 research articles in international journals, conferences and book chapters, along with books published by the reputed Springer, World Scientific, and Wiley publishing companies. In her ‘Director’s Desk’ notes, Dr. Bandyopadhyay reflects on ISI’s logo, a banyan tree with far-reaching roots, and its connotation to the institute’s advancements in “statistics, mathematics, computer science, social sciences, physics and earth sciences, biological sciences, library science and quality control and reliability, and their real-life applications.”

Among Dr. Bandyopadhyay’s most meaningful discoveries are a genetic marker for breast cancer, determination of co-occurrence of HIV and cancers, and the role of white matter in Alzheimer’s disease. She was awarded the 2018 The World Academy of Sciences (TAWS) prize in Engineering Sciences for her enormous contributions to the world of computational biology, multi-objective optimization and genetic algorithm-based classification and clustering techniques.

When Komal Singh, a program manager in Engineering at Google Canada, saw the enormous gender gap in technology sectors stretch out before her, along with the worrying effect it has on the self-image of young girls, she decided to write Ara the Star Engineer into existence. A vivid picture book that follows mini-mathematician Ara and her sidekick droid named DeeDee on an adventure of computing, technology, and algorithms, Ara the Star Engineer is an essential reminder to girls everywhere that anyone can do anything.

Being a software engineer, mother, and immigrant, Singh is especially conscious of how technological systems can undo social barriers and public health crises, but only if they are consistently inclusive. When her own daughter concluded that ‘Engineers are boys’ after noticing her mother’s male-dominated workplace, Singh realized the power and necessity of a narrative about female figures in STEM.

Ara’s character, though partially inspired by Singh’s daughter, was designed as culturally-neutral as possible in order for her story to be universal. On her quest to count all the stars in the sky, Ara encounters a number of culturally-diverse female tech-experts with quirky titles like “Code Commander” and “Intrepid Innovator”, all of whom were inspired by Singh’s real-life coworkers! Aimed for children aged 5 to 9, with illustrations by Ipek Konak, Ara the Star Engineer was released on October 11th in celebration of the International Day of the Girl Child.

Originally born in Calcutta, Professor Sunetra Gupta studied Biology at Princeton University, then received a PhD in Theoretical Epidemiology from Imperial College, and currently teaches the subject at Oxford’s Department of Zoology.

Gupta’s sweeping array of work embodies the term ‘interdisciplinary’, from researching infectious disease agents of malaria, influenza, and HIV, to crafting fiction and non-fiction novels. Her Bengali roots run deep, and have instilled a strong connection with poetry and literature, especially with Rabindranath Tagore’s pieces. Perhaps most fascinating about Gupta’s intellectual character is the parallel she draws between the languages of science and art, including the detailed and intrinsic poetry of mathematics.

In a speech delivered at the International Conference of Thinking in 2005, she explains the converging spirits of the two fields: “Literature and science stem from the burning desire to understand… I devoured books on classical physics with the same emotional energy I consumed poetry and fiction.” She is an award-winning author and essayist, and has received the Scientific Medal by the Zoological Society of London for her research on infectious diseases, and is also a Rosalind Franklin STEM ambassador.

Although her conservative upbringing wasn’t supportive of a rigorous career path instead of marriage after obtaining a chemistry degree from Trivandrum, Kusala Rajendran led herself into the then-obscure field of geophysics, and ultimately become a pioneer of the earth sciences within the next 30 years.

It’s an immersive work, but Rajendran and her husband, also a geophysicist, have traced first-hand the origins and tectonic collisions behind every devastating earthquake in India, including the 1993 Killari to the 2001 Bhuj. Perhaps one of the most galvanizing moments of the Rajendrans’ career was their (quite literal) unearthing of the unusual cause of the 2004 Indian Ocean earthquake and tsunami that had destroyed the coastal town of Kaveripattinam, Tamil Nadu – an underground layer of sand was found that provided evidence of a previous tsunami in the area over a 1000 years ago.

“Geologists dig a trench and study the walls, where they find layers of soil settled over each other through millennia. These layers can be dated and disturbances caused by historical earthquakes identified. Then, quake recurrence patterns are calculated, data that helps computer models forecast possible earthquakes in the area,” she told The Print. In August, Rajendran was honoured with India’s first ‘National Award for Woman Scientist’ for Ocean Sciences and Atmospheric Sciences Technology. She currently teaches at the Indian Institute of Science, Bangalore.

In October, teenagers Nikhiya Shamsher, 16, and Kavya Negi, 18, made it to a finalist list of 15 amongst an overwhelming 12,000 applicants who all submitted original videos detailing abstract concepts in the physical and life sciences to the annual Breakthrough Junior Challenge, a prestigious global science competition.

Though young, both girls evidenced a scientific wisdom and innovation of beyond their years, using a distinct imagination and articulation in their videos. For example, Nikhiya was the top scorer in the popular vote contest for her piece on space time and gravity, with over 25,000 likes, shares, and positive reactions. She has also conducted a study of her own at IISC in Bangalore, and has a pending patent for a home-based salivary diagnostic test for chronic smokers to detect the risk of oral cancer.

On the other hand, Kavya from Delhi’s video on Hawking Radiation was an intricate explanation of particle emission and blackhole explosion in a concise three minutes. She says her vision is “to see a scientific utopia which starts with scientific communication.”

Indian-American and Professor of Biomedical Engineering at Duke University Dr. Nimmi Ramanujam dedicates her research on cervical and breast cancer to establish innovative and low-priced technology-based solutions for millions of suffering and disenfranchised women around the world.

She directs the center for Global Women’s Health Technologies (GWHT), a social partnership between the Pratt School of Engineering and Duke Global Health Institute, and uses this platform and authority to push her trainees at Duke to become agents of change and truly understand the humanity that guides medicine.

In December, Ramanujam completed the invention of a low-cost diagnostic tool for the painless detection of cervical cancer in women, aptly called the Pocket Colposcope. AIIMS New Delhi has successfully carried out screenings for the device, which is simple, compact, and when connected to a phone or laptop, can carry out a smooth-running self-screening. Dr. Ramanujam is currently collaborating with the Tamil Nadu government in order to integrate the FDA-approved tool into primary care facilities.

From GLIOVISION, a precision medical program that uses deep learning to visualize the molecular and genetic identity of a brain tumor, to EYEAGNOSIS, which uses machine learning techniques and a 3D-printed lens attachment to automatically screen for diabetic retinopathy using just a smartphone, Harvard fresher Kavya Kopparapu is making history in the medical world.

Most importantly, Kopparapu is using her intelligence and creativity to advocate for tangible issues, and is the founder and CEO of GirlsComputingLeague, which opens up doors of opportunity and spreads her love of computer science to young girls. Unsurprisingly, she was named one of TIME Magazine’s 25 Most Influential Teens of 2018, recognized for her compassion, and research towards honing brain cancer therapy that is unique to patients.

Aerospace engineer and working mom Ritu Karidhal has been dubbed the “Rocket Woman” of India, and lives up to all senses of the name. Besides being an alumnus of the Indian Institute of Science, Karidhal has been involved in the Indian Space Research Organization’s most radical projects, including Mangalyaan or the launching of a space craft to orbit Mars.

Along with the demanding responsibility of being a meticulous Deputy Operations director, Karidhal helped conceptualize the craft’s onward autonomy system, essentially the brain of the satellite. The ten months of painstaking effort before the launch were filled with sleep deprivation and feverish work, but what Ritu Karidhal remembers most distinctly is its overwhelming success, and the chance to have created something so much bigger than herself and the team. Right now, she is consumed by the Chandrayaan-2 mission, India’s second lunar exploration.

This is by no means an exhaustive or representative list. Suggestions to add to the list are welcome in the comments section.

How Has Social Media Helped Organise Protests Against CAA? 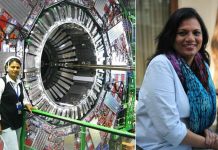 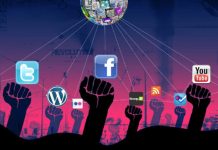 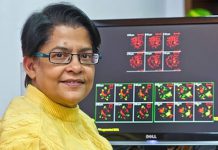 Meet Chandrima Shaha, The First Woman President of The INSA