“Keeping memory alive is itself a resistance,” a masked woman of Kunan Poshpora had told Free Press Kashmir on a summer day in 2013. “It’s the way to assert that we haven’t forgotten and surely, haven’t forgiven.”
By Suchitra Feb 27, 2019 3 min read

Everybody deals with trauma in different ways, however, since 2013, the mass rape survivors of Kunan Poshpora have found a unique way of dealing with it. It reminds us of the most important weapon in our arsenal as allies and as feminists – solidarity. It has been 6 years since June 22th, 2013, when the survivors of that dark, dark night came out and made a public appearance in a Srinagar seminar and talked about the hardship it took for them to commit to this nightmarish episode’s memories.

Was it just rape? No, it was war. As women, it seems like very political agenda is always shoved down our vaginas, be it the 71’s Liberation war or the World War with the Liberation of France. In the wake of the #MeToo movement, we must really ask when we will oppose and shut down systemic rape culture from within the law? The book Do You Remember Kunan Poshpora?, published by Zubaan Books records the atrocities committed by the soldiers and the horrors that the survivors were put through.

Kashmir, with its massive human rights violations pining over for all these years, still staggers with the acceptance that AFSPA, a regressive law impugns every rapist against the heinous crimes they commit. Why then, is the narrative not changed? Why is it that our citizen’s hearts bled with the Jawans lost in the Pulwama attack but we have completely normalised every other Kunan Poshpora re-happening?

That’s what the Kashmiri Women’s Resistance Day really stands for – standing up against subjugation, for breaking the shackles of oppression and to forgo the failure of system and society’s stigmatisation.

Militarisation is another tool used for subjugation. When army personnel, on the night of intervening night of February 22-23, 1991, could not find anything they chose to show their power and their hate through rape. That’s what the Kashmiri Women’s Resistance Day really stands for – standing up against subjugation, for breaking the shackles of oppression and to forgo the failure of system and society’s stigmatisation.

“Despite having information on the file regarding the involvement of 125 personnel of 4 Rajputana Rifles,” in the words of a petition filed, “the police had not questioned them and neither was an identification parade conducted.”

PCI then head, BG Verghese had publicly misrepresented evidence and been shown as passive victims, so much so calling it a well-concocted bundle of fabricated lies. Media coverage always vilifies the Kashmiri youth, seldom criticising the other-ing that has happened to Kashmir, as we now evidently even see in the wake of the Pulwama terror attack.

The jingoistic ‘nationalistic’ farrago that the narrative of the Indian fabric has turned into often justifies the blatant, undue advantage taken by army personnel as necessary to keep the nation together. As if somehow they were to suggest that, the victims have deserved it. Whenever we talk about rape culture why do we forget that there is an entire state struggling with rape culture that is backed by legal impugnity. Why is there a need to other an entire state? Where was this ‘unity’ practised when the women of your nation needed you most?

How could a gruesome mass rape incident like that be forgotten? How could our country then, deem such an action “a groundless militant hoax”?

How could a gruesome mass rape incident like that be forgotten? How could our country then, deem such an action “a groundless militant hoax”? No more investigations were conducted, until in October 2011, when the State Human Rights Commission asked the government to reinvestigate the mass rape case and compensate the victims. Since then, the Kunan Poshpora episode has been witnessing a brand new justice campaign presided over by Kashmir’s new generation – by the 90s generation.

“Keeping memory alive is itself a resistance,” a masked woman of Kunan Poshpora had told Free Press Kashmir on a summer day in 2013. “It’s the way to assert that we haven’t forgotten and surely, haven’t forgiven.”

Every year since 2014, 23rd February is observed as Kashmiri Women’s Resistance Day. It is to commemorate and salute these women who in the face of tremendous agony and decades-long struggle refused to give up. It is to tell them that militarisation will not be taken lightly and that women will have the one thing that really matters – solidarity.

Suchitra is a journalism and mass communication student who loves to write and read. Poetry, music, politically correct humour and smashing patriarchy are her major interests. You can follow her on Facebook and Instagram and her blog. 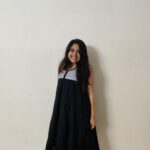 Another Ex-employee Of TERI Issues Statement Of Harassment By R.K. Pachauri

The F-word And Stand-Up Comedy

Budget-ing Unemployment In Times Of Pandemic: Union Budget 2021 And MGNREGA