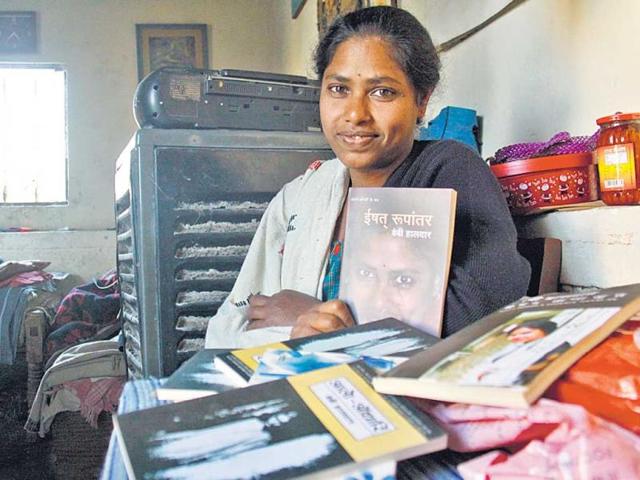 A Less Ordinary reads as an autobiography by Baby Halder, who works as a domestic help in a household in Gurgaon.

Publisher: First published by Zubaan and Penguin Books India in 2006, followed by Zubaan independently in 2013.

The book came into being after Baby’s employer, Prabodh Kumar Srivastava (who is also the grandson of Premchand) noticed her affinity towards books. The book recounts Baby’s struggles – right from her childhood to the time she comes to define herself and not be defined by others.

The book begins on an idyllic note – Baby describing her childhood in Jammu and Kashmir, and later at Darjeeling, and both congruently happy and carefree. However, trouble brews when her Baba takes the family to Murshidabad and leaves them at her Jetha’s place. Her Baba sends money back home at sporadic intervals, making it difficult for the family to make ends meet. However, despite the testing times, her parents, especially her mother, are pro-education.

Unable to keep up with the long absence of her husband and the scarce money supply, Baby’s mother leaves the children and vanishes along with her youngest baby son. The family is unable to track her down. With her mother disappearing, her Baba marries twice, leaving the other wife for the third. And it is with the absence of the mother that life becomes a series of unfortunate events for Baby.

Baby’s accounts reflect the condition of women at its rawest. With much poignancy, Baby pronounces the malady that ails the Indian society at large. A woman’s intention and desire are controlled by a paternal order. There exists no free will for her. She is not a person of her own accord. Her mother’s act of leaving her Baba, makes Baby compare her mother to the warrior queen Rani Laxmi Bai. But she is quick to dismiss this comparison because to her, her mother’s vanishing act oscillates between bravery and cowardice – she left because she wanted to be free from the grim condition of her home, but she leaves behind her three children, avoiding responsibility.

Throughout the book, Baby recounts instances where women are subjected to physical and sexual assaults. She herself is married off at the tender age of 12 to a man fourteen years her senior. She describes quite vividly the assaults she faced at the hands of her husband – from being dragged by her hair to being hit by a stone. She also narrates instances where her husband, out of jealousy, does not allow her the freedom to move around.

The anxiety around women, their movements and their interactions is something that other men share with Baby’s husband, Shankar. Baby’s older sister, Rani is asphyxiated by her husband, her neighbour is burnt to death by her inebriated husband because she is caught watching television in somebody else’s house. Baby is warned against visiting a neighbour in particular because she is estranged from her husband. The women have to negotiate with the predatory gaze of and are later victim-shamed. Control is sought upon them via their bodies. Restricting them as much as possible becomes the primary aim of the men.


She realises early on that if she cared and worried about what people will say, she will forever be shackled and weighed down by patriarchy.

Witch doctors () and vaidyas feature in the narrative, highlighting the rampant commonplace superstitions. The book also brings to light the lack of awareness around feminine hygiene and the of sanitary measures. Baby is ‘no longer a child’ once she begins menstruating, and her father consciously avoids her contact. She is also asked to return from her Pishima’s place so that she could accompany her stepmother to the fields so that she could relieve herself without any fears.

Baby is aware of her predicament – there are instances where she is weighed down by circumstances but there are also instances where she braves the odds and defines herself. In a fresh take, her in-laws’ place is a welcoming space for her. She is treated as ‘a daughter and not as a daughter-in-law.’ However, she cannot stay there forever and has to return to her husband. To escape the final drudgery, she starts taking tuitions but even this comes to a stop due to regular violent domestic eruptions at home.

In hindsight, Baby recollects how close she had come to another man genuinely, someone who cared enough for her and her children. She describes her feelings for Dulal, her childhood friend as ‘something akin to the feeling’ her friend had for another boy. She also notes that had Dulal known how to read and write, she would have written him letters to convey the same! Such raw and humane emotions are effortlessly brought alive on the page.

With much grit and determination, Baby takes destiny into her own hands and travels to Faridabad to her older brother. She finds employment as domestic help but casteism soon makes its ugly appearance, where her employer snidely remarks how a neighbour can hold Baby’s daughter but not her child. Baby remarks that poverty doesn’t disqualify one from being touched. She recounts another terrible story while being employed as domestic help, wherein the pet dog gave her more respect than her employer.

It is only when Baby finally finds employment at Prabodh Kumar Srivastava’s house, whom she fondly refers to as her ‘Tatush’ that her sense of self and respect are heightened. Her Tatush encourages her to educate herself. She finds inspiration in Taslima Nasreen’s ‘Amar Meyebela’ (My Girlhood). Her Tatush also compares her to Ashapurna Devi, and her life account to Anne Frank’s diary.

Baby’s life narrative is peppered with moments of awe-inspiring moments. Her decision to get a tubectomy and her retort to the doctor that she is educated enough to not need ‘permission’ from her husband definitely commendable. She realises early on that if she cared and worried about what people will say, she will forever be shackled and weighed down by patriarchy.

Through the act of reading and writing, Baby liberates herself from sexual and caste stigmatisation, and is able to redefine her own being, her own self-representation – not as how she is perceived by others but how she perceives herself to be. Her latent literary spirit is given wings by her mentor and employer, and there has been no looking back for her. She has already authored two more books, the translations of which are awaited in English.

Her autobiography serves as a testimony to the grim situation of so many women whose voices and words remain unheard and unread, whose sufferings are undocumented, whose childhood and innocence are cut short because they are expected to fulfil and conform to archaic rigid roles that systematically subjugate them to the higher authority of men. 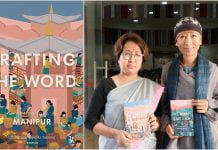 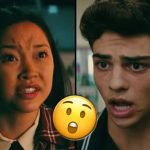 Netflix’s To All The Boys I’ve Loved Before Is Back, But P.S. How Do...

Pop Culture Joyoti Chowdhury - February 25, 2020 0
The story of To All The Boys I’ve Loved Before: P.S. I Still Love You goes on to revolve around the ‘sometimes you have to kiss the wrong man to know who is right for you’ narrative.