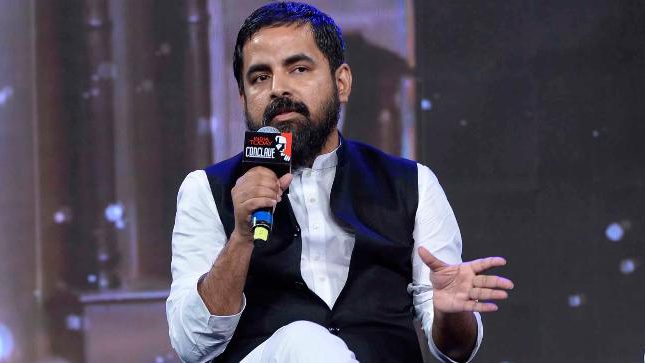 A week ago, Sabyasachi Mukherjee launched his vintage, precious jewellry collection called ‘Paradise Lost’ which is inspired from Rabindranath Tagore’s ‘Monihara’. With this launch, he managed to create yet another controversy by putting his foot in his mouth. He shared the collection in his trendsetting Instagram campaign, where not only does he post the pictures in an aesthetically-pleasing grid-style, but also shares his thoughts and musings related to the collection.

In one of those musings, he said, “If you see a woman ‘overdressed’, caked with makeup, armoured with jewellry, it is most likely she is wounded. Bleeding inside, silently…”

In only a couple of hours, he managed to get ruthlessly trolled for the choice of words and romanticizing the “wounded woman”. 24 hours later, he issued an apology. Case closed! Problem solved(?).

But is it really, though?

Sabyasachi Mukherjee has to find new ways of appreciating the past and bringing it to women today, in a more liberal manner, respecting their individual agencies and choices.

One has to keep in mind that this isn’t the first time he said something offensive, aimed at women. Last year at Harvard University, he said, “I think, if you tell me that you do not know how to wear a saree, I would say ‘shame on you’. It’s a part of your culture, (you) need stand up for it.” He was called out for this incident as well, for which he apologized couple of days later. And earlier this year, on International Women’s Day, a post was uploaded on his Instagram account, where for the first time he had a plus-size model in his lehenga to promote ‘self-confidence’, which was bizarre, since most of his other models have figures which strictly adhere to the conventionally desirable body shape—lean or slim.

Technically speaking, these blunders didn’t really “harm” anyone, and for two of them, he did give out “heartfelt”, “unconditional” apologies. But keeping Sabyasachi Mukherjee’s image in mind, as arguably the most beloved couturiers of India, and his trendsetting power among his peers, it becomes crucial to talk about these ‘harmless’ blunders, because these are the exact things which are creating the image of his brand and feeding into the notion of an “Ideal Indian Woman”.

Also read: When A Dupatta and A Nose Ring Become Agents Of Patriarchy

His voice as a fashion designer is very distinct; taking inspiration from the past and bringing the elegance of that time back into today’s world. He is undoubtedly very passionate, which is visible in his tireless work towards reviving and preserving old weaves and techniques. His artistry and overall intention makes it very clear that he is choosing to see the strength in them, but that doesn’t change the reality of the social structure of that time, when women had to keep their head down and just look pretty.

Today, Sabyasachi Mukherjee has a massive hold on the Indian fashion market, especially the bridal sector, in terms of influence. There are memes swimming around on the internet about women only wanting to get married in order to wear a Sabyasachi lehenga. Numerous copied designs of the original can be found in the local markets and his gradual expansion into the jewellry and beauty industry speaks of how his brand will only grow more from here. Credits to the control that he has established, he is a person who perfectly understands his impact, be it among his peers or among the general public.

His artistry and overall intention makes it very clear that he is choosing to see the strength in them, but that doesn’t change the reality of the social structure of that time, when women had to keep their head down and just look pretty.

As a designer who is very certain about the kind of image he is putting out—already keeping his legacy in mind—Sabyasachi needs to be more in touch with the current social ideologies, especially the feminist movement. After all he is designing (majorly) for women. Throughout world history, male designers have been infamous for always trying to dictate their ideas of what a woman should look, wear or be like.

Also read: Sabyasachi Mukherjee And The Practice Of Shaming Women For ‘Culture’

It would be nice to see a male designer, who is already adored for his artistry, actually start listening. Sabyasachi Mukherjee has to find new ways of appreciating the past and bringing it to women today, in a more liberal manner, respecting their individual agencies and choices.

Shivani Yadav runs a blog called Critic Corner where she critiques celebrity red carpet fashion. She also writes about films and pop culture. You can follow her on her Blog, Facebook, Twitter and Instagram. 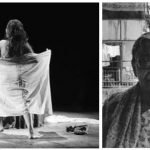 Mahasweta Devi’s Draupadi As A Symbol Of Subaltern Defiance

Books Nikhat Hoque - February 8, 2019 5
In Draupadi, Devi presents a strong woman who despite being marginalised and exploited, transgresses conventional sexual and societal standards.

What Would It Take To Get Justice For Muslim Women In...

B. Vijayalakshmi﻿: The Physicist Who Fought Feudalistic Academia| #IndianWomenInHistory