Assistant professor at the JNU's Centre for the Study of Social Exclusion and Inclusive Policy (CSSEIP), Rosina Nasir alleged that she has been facing harassment, mistreatment and discrimination because of her minority Muslim identity.
By Shivangi Gupta Aug 1, 2019 4 min read

It has been more than 2.5 years since Najeeb Ahmed, an M.Sc student in Biotechnology disappeared from the hostel of Jawaharlal Nehru University or JNU, under suspicious circumstances and till today, the police have not been able to trace him. People like Akhlaq, Tabrez and many more have been horrifically lynched by angry mobs only because they were Muslims. Despite the constitutional guarantee of equality to all its citizens, Muslims continue to remain underrepresented in almost all the institutions of public and social life.

Few days back, JNU Assistant professor at the Univerity’s Centre for the Study of Social Exclusion and Inclusive Policy (CSSEIP), Rosina Nasir alleged that she has been facing harassment, mistreatment and discrimination at the hands of JNU Vice-Chancellor Mamidala Jagadesh Kumar and the chairperson of CSSEIP Yagati Chinna Rao because of her minority Muslim identity. In a letter to the chairman of Delhi Minority Commission she wrote, ”It seems to me if I will not quit the faculty position in the CSSEIP, I will made to disappear like Najeeb.” Rosina fears for her and her child’s safety. She claimed that the harassment started only in March,2017.

Her salary was arbitrarily stopped as a part of the project to make her quit the faculty position. Rosina said that she has been appointed through a grant-in-aid scheme and she has not heard any professors appointed through the same scheme in any of the central universities face the same problem. She got her salary released after she won a court case in 2018. However, her salary has been again stopped from April 2019. Kaustav Banerjee who resigned after he was not paid his salary under duress wrote how it was all part of a larger conspiracy.

He wrote in The Wire, ”The UGC is indifferent to all 35 centers spread across the country. Even though it funds them, the centres are either monetarily starved or do not have regularized faculty. In the last five years, UGC has thrice tried to close down these centres, especially the one at JNU. Failure to close down the centres led to the next option – undo the center’s academic character: appoint unqualified candidates only because of their loyalty to the present government.”

DMC has asked the registrar to file a written reply to allegations by August 1,2019 failing which a case will be registered against the VC and the chairperson of CSSEIP. the chairperson of DMC has also ordered to stop harassing the complainant, release her arrears and restore her accommodation in the campus.

Also read: Why The Disbanded GSCASH In JNU Needs To Be Reconstituted | #MakeMyCampusSafe

The JNU Teacher’s Association has condemned the targeted discrimination, humiliation and exploitation of Dr. Nasir and has welcomed DMC’s interim order. JNUTA alleged increasing gender discrimination along with the fostering of hate speech by the current university administration. They expressed disapproval of the fact that there has been a gradual and systematic erosion of the teaching and learning environment in the universities by JNU VC and his administration and attempts are being made to dismantle all institutional norms and mechanism to ensure equality and justice to the people of marginalized communities.

TThere is an continuous attempt on the part of Sangha Parivar to encourage and validate violence against Muslims, the manifestation of which can now be seen in educational campuses.

The discrimination that Rosina is facing is backed by powerful institutions and is not isolated from the over all hostile environment of the country. There is an continuous attempt on the part of Sangha Parivar to encourage and validate violence against Muslims, the manifestation of which can now be seen in educational campuses.

Muslim women on campuses are constantly targeted for practicing Islam and wearing Hijab. They see Muslim women has oppressed ladies who have no agency of their over their own bodies and choices. A lot of Muslim women on campuses have felt weird stares of people around them only to leave them further uncomfortable about their appearance and identity. Muslim students are asked if they have any connection with terrorist organizations by their peers because they keep beard and have “Muhammad” in their names.

All Muslim citizen of the country are looked as either terrorists or plotting genocide against the Hindus. Messages on Whatsapp which are being circulated call for outright war, witch hunting of Muslims and are teaching them a lesson by curtailing their basic human rights. Muslims continue to live in horror today. 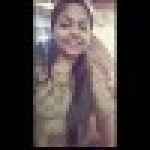 Motherhood And The Work Life Balance