Amongst the many forgotten names of women who shaped the history of our country in different ways, is one name that continues to be a mystery – Kamla Chaudhry. An accomplished Hindi writer, she also played a crucial part in drafting the Indian constitution in 1948.
By Namrata Aug 2, 2019 5 min read

Indian writing is full of gems with voices that are redolent about our culture, tradition and social practices. Many writers also used their stories to bring about a social reform by making readers aware about prevalent prejudices and how they could transform the society. They not only helped in shaping the society but also played an important role in forming the base for a better future of our country. Flipping through the pages of history one would notice how some extremely significant voices actually got lost into oblivion with passage of time. Amongst the many forgotten names of women who shaped the history of our country in different ways, is one name that continues to be a mystery – Kamla Chaudhry. An accomplished Hindi writer, she also played a crucial part in drafting the Indian constitution in 1948. However, apart from few important milestones of her life, nothing much is known about her.

Kamla Chaudhry was born in Lucknow, on 22nd February 1908. Her father, Rai Manmohan Dayal was a deputy collector and a staunch loyalist of the imperial government since last two generations. Having witnessed oppression of the female gender early on, she used all her experiences to form stories later in her life. She was a keen observer, which reflected in her writings and social activities also. The difficulties of life for people around her did not go unnoticed by her. A follower of Gandhiji’s principles, she vowed very early in life to abide by his words of wisdom and be the change, she wanted to see in the world. Her reverence for him was also visible in her notable book called ‘Gandhi Ban Jau’ (Loosely Translated: I want to become Gandhi).

Despite being born in an affluent family, education was a challenge for her. With great difficulty, she managed to clear the Ratna and Prabhakar examinations in Hindi literature from Punjab University and in May 1923, got married to Dr. J.M.Chaudhry from Meerut, Uttar Pradesh.

Taking forward her love for Hindi literature, Kamla Chaudhry began penning down stories revolving around women and their inner world. Her themes were distinctively feminist and were considered edgy and bold. Many of them depicted the psychological trauma a woman underwent in Indian society during those times. They are clearly reminiscent of the conservative culture prevalent across the different segments of the society and how deeply it impacted a girl child.

Ranging from gender discrimination, widowhood, female desires, exploitation of laborers, impact on mental health of women due to constant suppression to humorous poems, her writings had a remarkable journey. She is also known to have written stories on the emergence of India as a modern nation, post independence, exploring the historical and cultural aspects.

All through her life as a celebrated writer, she published four renowned collections of stories which are a cult till date namely, Unmaad (Passion)-1934, Picnic -1936, Yatra (Journey)-1947 and Bel Patra (Leaf Letter) along with from many short stories.

Her writing was poignant and known to articulate deep observations about gender discrimination prevalent in the society. Accompanied with powerful imagery, her stories were touching and often left the reader pondering. They had nothing but the truth reflecting in them. However, due to the sensitivity of the topics, it would have been no surprise to know that her books were not appreciated by masses.

She continued to take forward her passion towards women upliftment beyond her writing by working on various projects for girl child and providing employment opportunities to women as a social activist.

Her political career started in 1930, when she broke the family tradition and joined the Indian National Congress. Taking an active part in the Civil Disobedience movement launched by Mahatma Gandhi in 1930, she stayed involved in the freedom struggle undergoing imprisonment by the British many times, till we got Independence in 1947.

Since 1947, as an elected member of the Constituency Board of India, she played an important role in drafting the Constitution of India, till it was formed in 1950. Post which, till 1952 she served as the member of the Provincial Government of India. In the Fifty-Fourth Session of the All India Congress Committee, she was the Senior Vice-President.

In 1962, she won the general elections from Hapur and became a member of the third Lok Sabha. As a social reformist, a cause very close to heart was the upliftment of women, Kamla Chaudhry actively worked for girls’ education in villages and backward areas connecting with various educational institutes in Uttar Pradesh. She also tried promoting livelihood for them by encouraging growth of Khadi and Village industries.

To sum it up, her political career was an amalgamation of her desire to do something for the downtrodden and for women along with her aspiration to serve the nation.

After all these years, Kamla Chaudhry continues to be an inspiration to women across age groups for her sheer grit and determination. She kept striding ahead despite all the challenges life sent her way, and never stopped chasing her goals. The way she used her strengths to turn her weaknesses into strengths is truly admirable. Following her passion and making it the mission, her life was nothing short of extra-ordinary.

Namrata is a lost wanderer who loves travelling the length and breadth of the world. She lives amidst sepia toned walls, fuchsia curtains, fairy lights and shelves full of books. When not buried between the pages of a book, she loves blowing soap bubbles. A published author she enjoys capturing the magic of life in her words and is always in pursuit of a new country and a new story. You can follow her on Facebook, Twitter and Reviews Blog. 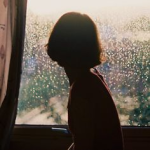 Namrata is a lost wanderer who loves travelling the length and breadth of the world. She lives amidst sepia toned walls, fuchsia curtains, fairy lights and shelves full of books. When not buried between the pages of a book, she loves blowing soap bubbles. A published author she enjoys capturing the magic of life in her words and is always in pursuit of a new country and a new story.