A beautiful woman, at the peak of her youth, finally being able to love herself, her constantly scrutinized body, finds the courage to cave in to the very human need for touch, for intimacy, for comfort and for sex. Ears start ringing and hands go numb when one mentions the word ‘sex’ in a room full of adults. Not just the parents and the grandparents, but the uncles and aunts who don’t want their children to get corrupted by wrong influence—a progressive, objective person just trying to accept their human presence.

When she went on a very rare movie date with her family of ten, her aunt furtively took her to a corner and very seriously requested (instructed) her to distract her little cousin in case any sexual scenes appear on the big screen. No child must be exposed to anything related to sex; no child must be defiled like that. Especially a girl. And so, she grew into an 18-year old who couldn’t look at her naked body without flinching with discomfort. This body was so alien to her. A cause of shame, a treasure to save for a stranger/husband, a pious temple to be protected and worshipped. Perhaps this body didn’t really belong to her; it was for others to feast on, for the society to clearly define what’s beautiful and what’s not.

Her relationship with her body was still malleable, which was consequently a big obstruction for a healthy sex life. She tried hard to love herself, and successfully so.

Come 23, and she turned into a bitter, distrustful, brave woman who had shunned the obsolete, societal rules of womanhood that had governed her life. She managed to embrace all palpable aspects of her being, and found out that she is, contrary to her lifelong assumption, a rather sexual person. Her relationship with her body was still malleable, which was consequently a big obstruction for a healthy sex life. She tried hard to love herself, and successfully so. With tremendous efforts powered by several positive affirmations day after day, she finally accepted her physical self. Peace.

Adult life hit her like a tidal wave, beset with its own set of troubles. One of the hardest-hitting truths that she discovered was the unprecedented feeling of loneliness and at times, desperation for familial comfort, aggravated in the times of physical weakness or illness. A few times, she decided to don the mask of bravery and poise, and entered her gynaecologist’s office, hoping for the best but expecting the worst. When they would ask for her sexual history, she would pause for a few seconds and answer the questions with a hint of guilt and remorse in her voice.

Also read: Reclaiming My Fat Body From The Fatphobes

Was it the doctor’s gaze or the modulation of her voice that gave away her disapproval and condescension? The conversation moved on to physical examination, the diagnosis and then the treatment. She left the clinic in a haste, feeling dirty. When the need arose for her to see the doctor again, she entered the clinic with a sprinting heart and teary eyes, on the verge of a panic attack. Blood pressure: 160/130. The doctor looked her in the eye and told her to calm down, in a most dispassionate, distant way. This lady’s indifference worked its magic, and she no longer expected her to understand. The doctor was doing her job, that’s it. Let us not be crazy, expecting everyone to be empathetic and ready to lend a supporting hand in your time of need.

She realized that her relationship with her body was manipulated by many forces, most of them invisible. A woman could choose to seize some of that control, only at the risk of being typified, scrutinized, criticized, possibly even ostracized.

An insane thought always left her out of breath—what if she gets pregnant and doesn’t want the child? Abortion and its mental trauma, would she be able to take it? The thought of seeing another doctor and asking for help filled her with fear. She wouldn’t be able to accept a smirk or a condescending sneer from another person at that time. She would have expected to gain comfort from a female doctor’s presence at such a time, had her experiences not left a bitter taste in her mouth. The most disturbing thing about this particular scenario was that it was completely plausible.

Also read: Confessions Of A Skinny Girl: Your Comment On My Body Is Rude

Shouldn’t women have undisputed ownership of their bodies? Shouldn’t they have the absolute right to make crucial decisions for their bodies, including whether or not they want to share them with multiple partners and the choice of ending an unwanted pregnancy without feeling remorseful, guilty, dirty? She realized that her relationship with her body was manipulated by many forces, most of them invisible. A woman could choose to seize some of that control, only at the risk of being typified, scrutinized, criticized, possibly even ostracized.

Priyanka is an unfulfilled engineer and an MBA graduate from IIM Indore. She is a writer in making, interested in carving the world through her biased lens, painting pictures with heavy imagery and highlighting the mundane, often ignored, but essential aspects of life.You can follow her on her blog and LinkedIn. 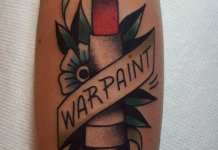 Global Nangsel - January 23, 2020 0
As we look around, we see protests, students agitated, universities attacked, and not to forget the other retrograde fascist Bills that await their turn in the Parliament to be passed and enacted.

Velu Nachiyar: The Tamil Queen Who Fought Away the British |...

From Kerala To Gujarat: How Rightly Portrayed Is Sexuality In Indian...