History Arati Saha: The Woman Who Channeled Her Success Through The English Channel | #IndianWomenInHistory

Arati Saha: The Woman Who Channeled Her Success Through The English Channel | #IndianWomenInHistory

Arati Saha shattered all the barriers by taking an unconventional career choice as a swimmer, at the age of 5. She went on to win 22 medals before even completing a decade in her career. She became the first Asian woman to cross the English Channel, a milestone which was quite male dominant. She even became the first sportswoman to win a Padma Shri. Read on to know how she achieved it all just by the age of 19.

Arati Saha was born on 24th September, 1940 to a middle class Bengali-Hindu family in Kolkata. To have lost her mother around the age of two, she was eventually raised by her grandmother in North Kolkata where she started learning to swim during her routinely baths at Champatala Ghat. Her father took notice of her interest in swimming, and admitted her to the Hatkhola Swimming Club for proper training. There she was noticed by India’s first Asian Games gold medalist, Sachin Nag who chose to train her under his mentorship, on seeing Saha’s natural inclination towards the sport. Soon after, her career kickstarted.

She went on to win 22 medals before even completing a decade in her career. She became the first Asian woman to cross the English Channel, a milestone which was quite male dominant.

Her career in swimming began at an early age of 5. When Bengal was on the brink of collapsing due to communal violence and forced conversions, of which women bore the brunt, she on the other hand won her first gold in 110 yards freestyle at the Shailendra Memorial Swimming Competition in 1946. Between 1946 and 1951, Arati participated in several state-level swimming competitions during which she won around 22 medals in events like 100m freestyle, 100m breaststroke and 200m breaststroke for her home state Kolkata.

In the year 1952, Saha’s International journey began with the onset of Summer Olympic Games at Helsinki, Finland. She along with her contemporary Dolly Nazir represented India in the 200m breaststroke event. Arati was one of the four women participants and the youngest member of the Indian contingent. Although, she didn’t win any medals, she representing India at an International level was an achievement in itself, especially when women’s presence was highly invisible in sports. After returning from Olympics, she again tried her luck in 100m freestyle but lost to her sister Bharati Saha. After the defeat, she chose to concentrate only on breaststroke.

In 1948, she won two silvers in 100m freestyle and 200m breaststroke, a bronze in 200m freestyle at the national championship held in Mumbai, her first victory after India gained Independence.

Journey Across the English Channel

The English Channel is the water-body that separates Southern England from Northern France and links the southern part of the North Sea to the Atlantic Ocean. It is also known as the “Mount Everest of Swimming” because of length of the crossing, cold temperatures and the dangers of the journey. After getting inspired by a bundle of men and women who have swam across the Channel, Arati Saha decided to join the league as well.

The Channel being famous for its challenging route, attracted a lot of participants all around the world before Saha took her dive. Since, this milestone was highly male dominant, her decision to cross the Channel opened a lot of new avenues for women swimmers of the future. Arati’s preparation began for long-distance swimming championships when she used to go for competitions in the Ganges. She later got inspired by Brojen Das and Mihir Sen’s accomplishments to try for the Channel. Brojen Das, being the first Asian to swim across the Channel, not only once, but six times, proposed Arati’s name to the organizers for the succeeding year’s event. Then it was Mihir Sen, who accomplished crossing the Channel in the fourth fastest time and the only man to swam the oceans of the five continents in one calendar year (1966), to have further encouraged her and helped her in pursuing this challenge.

Her willingness and determination to achieve something so high, made a lot of people become a part of this too by supporting her. Sen, along with Dr. Arun Gupta, the assistant executive secretary of Hatkhola Swimming Club, Kolkata, and various other people, initiated extensive fund-raising events for Arati to ensure her participation in England for the next year. After not being able to manage enough funds, Arati’s supporters took help from the then Chief Minister of West Bengal, Dr. Bidhan Chandra Roy, and the then Prime Minister Jawaharlal Nehru. They finally managed to get them on board and helped Arati by arranging the logistics for the trip.

She was awarded the Padma Shri in 1960 for her commendable achievement. in 1999, the Department of Posts celebrated her conquest by bringing out a postage stamp of ₹3 denomination.

Soon her training begun where she used to swim for long hours. On one such fine day, Arati swam continuously for 8 hours in front of some eminent swimmers and thousands of her supporters at a pond in Deshbandhu Park. Later, she was also able to touch the 16 hour mark where she sprinted the last 70 metres and showed almost no signs of fatigue.

After rigorous training, her journey to conquer the English Channel finally got a kickstart on July 24th, 1959, the day when she left for England along with her manager Dr. Arun Gupta. Under the mentorship of Dr. Bimal Chandra, who was also participating at the 1959 Butlin International Cross Channel Swimming Race, Arati started her final practice for the English Channel.

The competition witnessed a total of 58 participants including only 5 women from 23 countries. She being the only Asian woman to participate in such a vast competition, everyone had huge expectations from her. The race was scheduled on 27 August 1959 at 1 AM local time from Cape Gris Nez, France to Sandgate, England.

Her first attempt at crossing the channel failed. Her pilot boat didn’t arrive on time, thus, she had to start the race 40 minutes later than the other participants. By 11 AM, she had swum more than 40 miles and came within 5 miles of the England coast. At that point she faced a strong current from the opposite direction. As a result, by 4 pm, she could only swim about two more miles. But later, she had to quit because of the pressure.

After nearly escaping all the hurdles and still being undeterred, she decided to go for a second attempt. In spite of the failure, she started to prepare for her second journey across the Channel soon after. Even when her manager Dr. Arun Gupta fell ill, it didn’t deter her from continuing her practice. Around a month later, on 29 September 1959, she made her second attempt. Starting from Cape Gris Nez, France, she swam for 16 hours and 20 minutes, battling tough waves and covered 42 miles to reach Sandgate, England. On reaching the coast of England, she continued the stride of making India beam with pride by hoisting the Indian flag.

Her achievement was applauded by whole India including a lot of eminent personalities like Vijaylakshmi Pandit, Jawaharlal Nehru, and many more. On 30 September, the All India Radio announced the achievement of Arati Saha.

Being a glass-breaker in almost everything she did, she winning an award was no different either. She was awarded the Padma Shri in 1960 for her commendable achievement in sports. In 1999, the Department of Posts celebrated her conquest by bringing out a postage stamp of ₹3 denomination. In 1996, a bust of Arati Saha was also erected near her residence. The 100-metre long lane in front of the bust also got renamed after her.

Having achieved so much by the tender age of 19, she was still determined to complete her studies and did her Intermediate from City College. Later, she married her manager Dr. Arun Gupta, wherein first they had a court marriage, followed by a social ceremony. After marriage she had a daughter named Archana. She later got employed in Bengal Nagpur Railway.

Years later, on 23rd August, 1994, Arati Saha died due to acute jaundice and encephalitis, just a month before turning 54, after battling for 19 days straight. Although, she died a bit early, her extraordinary achievements, accomplished at a very early age, will always stay with us. She’s a great example for anyone who feels achieving so much at an early age is impossible. She did it and inspired many to follow a journey like hers too.

Wikipedia
The Better India
KSG
Maps of India
Be An Inspirer 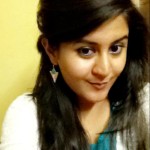 In Conversation With Tanzila Khan: Author, Disability Rights Activist, And The Founder Of Girlythings

Sex Politics In India: Why Is ‘Female Pleasure’ Still A Taboo?