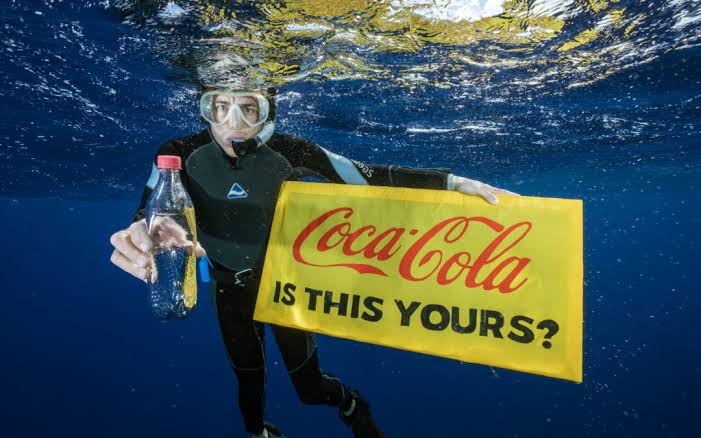 The grave climate change crisis has now made it perfectly normal to find, “The Top 20 Ways in Which You Can Reduce Your Carbon Footprint” on every socially aware website you visit. All of these instructions aim to strike a chord with our morality, and millennial people diligently follow them in hopes of absolving themselves of any guilt.

The earth is suffering from the symptoms of what we can call a Stage 4 Climate Change; the disease has metastasized and is ready to take us down. It is disrupting communities across the globe; it is a catastrophe that has already happened. While I’m all for the “One Person Can Change The World” principle, it is pretty unclear to me how many individual steps to ‘Go Green’ will help us at this point, where ideally, the top-priority action is required from world leaders who choose to turn a blind eye.

The earth is suffering from the symptoms of what we can call a Stage 4 Climate Change; the disease has metastasized and is ready to take us down. It is disrupting communities across the globe; it is a catastrophe that has already happened.

This makes it quite clear that corporations are majorly and almost solely responsible for this situation. But with that, also comes their ability to drastically reduce their contributions, but they squirm at the idea.

Corporations: Are They Doing ‘Enough’ For The Environment?

Another issue that comes to light is the short-term profitability for these companies. Take Coca Cola for example. It has been named as the world’s most polluting brand in plastic waste audit. The company initially used glass bottles which customers would return to them to be washed and reused. This, they realised, cost more money than they deemed necessary and so they embraced the idea of plastic. In 1993, they made the switch to PET plastic bottles. PET stands for polyethylene terephthalate, a non-toxic, recyclable form of plastic.

At the time, Coca-Cola claimed that PET bottles were the most environmentally friendly option. Thus, they made it our responsibility to properly dispose of their products, when it should actually fall on them (the distributors). They promote recycling, although they create the obstacle in the first place. It’s another instance of almighty capitalism placing the blame on the common man.

The point is, it’s not the people’s responsibility to take charge of this issue. Sure, it’s morally good to be climate-conscious, but definitely not something to feel guilty for not following. Underdeveloped countries usually bear the blame and brunt for what was neither caused by them nor what they have the power to change. When large establishments promote individual climate action it becomes awfully easy for them to escape answerability.

Underdeveloped countries usually bear the blame and brunt for what was neither caused by them nor what they have the power to change. When large establishments promote individual climate action it becomes awfully easy for them to escape answerability.

Rather than appealing to individuals’ morals, corporates and governments must lead the fight against climate change. It’s high time lawmakers made generating renewable sources of energy a priority. Governments of economically forward countries have the capacity to support poorer countries to integrate adaptation with development. Corporates should recognise the ramifications of climate exploitation and use their ‘political influence’ to sway policies in the direction of sustainability instead of the other way.

Talking about responsibilities shouldered by the general public, let’s have a look at power structures. Climate change has a greater impact on groups which are more reliant on natural resources for their livelihood, as well as have the least capability to respond to such situations.

Many of the world’s most poor consist of women, and while climate change is affecting everyone on the planet, it is creating unprecedented challenges for millions of people who are already struck by poverty and oppression. Women in rural India are victims of such power dynamics because they face a range of barriers to engage in the local governance and take a stand for these issues. Climate change directly affects their ability to grow crops and generate an income.

As a consequence, climate action that disregards half of the world’s population is not effective or efficient. For example, when implementing a policy for sustainable public transport, government bodies should consider whether it is affordable for underprivileged women and if they feel safe commuting in such conditions.

The Need Of The Hour

Gender responsive climate finance is an equitable solution to dealing with the disparities. This means, funds for climate change are distributed to more women-led groups which are working towards climate action. Investing in women and empowering them will actually address the needs of the most vulnerable and include grassroots-level organizations in the big picture.

Furthermore, encouraging the participation of women in climate change decision-making processes will create a ripple effect on the environment. It will yield benefits such as a gender-sensitive approach and increased understanding of the various needs and experiences of women. Evidence suggests that when women have established rights they’re in a better position to use resources sustainably.

India needs to take up adaptation strategies to build resilient livelihoods for rural women who lie at the forefront of climate-related conflict. As climate change continues to burden us, it is crucial to ensure that the plight of women is on the agenda of businesses. The problems we’re facing are systemic and require urgent societal reforms. Unsurprisingly, women’s empowerment builds the foundation for most of the solutions we’ve been looking for. All we gotta do now is act on it.

Also read: Capitalism And Colonisation: How The Climate Change Movement Is Being Whitewashed

To know more about women and climate change, visit some global changemakers working for it:

Nisreen is a student from Mumbai with a commitment towards gender equality and intersectionality. Writing helps her collect the string of thoughts drifting in her mind. An introverted kid with an extensive meme archive, she finds peace in soft music, Sunday morning runs and butter chicken dinners. You can follow her on Twitter and Instagram. 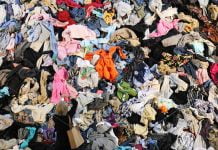 The Ugly Truths Of Fast Fashion And My Journey With Ecofeminism 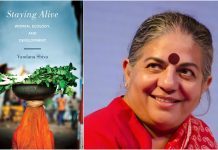 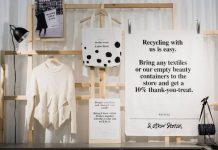 Greenwashing: When Brands Pretend To Care About The Environment 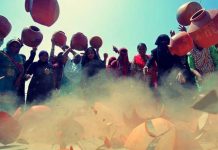 The Many Historical Courses Of Gender And Water In India

Why Digital Security Is Everyone’s Issue?