Society Flashback Fascism And Decoding Its Many New Faces

Fascism today aims to transform democratic systems from within, rendering it more dangerous than its incarnations, from fascist leaders of past century.
By Nivedita Jayakumar Jan 3, 2020 5 min read

For the last few weeks, the streets are witnessing educated, well-informed, vocal and radical people, expressing their dissent against fascism in general and the Citizenship Amendment Act (CAA) and the National Register of Citizens (NRC), in particular, in their own ways. Despite suppressing their voice through state-sponsored violence, the protesters fuel their placards with facts, dark humour and truth provoking the minds of the country. One such placard which made a stark comparison to the history and a series of dinner table conversation was held by a German student of IIT-Madras.

Jakob Lindenthal, a German student who was studying at IIT Madras for an exchange program was asked to leave India when he was spotted participating in the CAA protests against the government. “1933 to 1945; We Have Been There,” said the poster Lindenthal, carried when he joined other people in Chennai. Lindenthal had a semester left of his post-graduation in Physics and he was scheduled to leave India in May 2020.

Jakob Lindenthal, a German student who was studying at IIT Madras for an exchange program was asked to leave India when he was spotted participating in the CAA protests against the government.

Over the last week, Jakob Lindenthal, who is from Dresden in Germany, was spotted in multiple rallies which were carried out across the city against the passing of the Act. He also held a poster protesting police brutalities against students carrying the poster that said, ‘Uniformed criminals = criminals’. I wanted to plunge into the former poster and the series round of conversation that went along, fascism and Hindutva.

What is fascism traditionally?

Merriam Webster defines it as, “a political philosophy, movement, or regime that glorify nation and often race above the individual. It stands for a centralized autocratic government headed by a dictatorial leader, severe economic and social regimentation, and forcible suppression of opposition.” or in simpler words, “a tendency toward or actual exercise of strong autocratic or dictatorial control.”

In a constantly evolving world, defining ideological terms in its traditional sense no longer seems to serve its purpose. But rather failing to decode them counting their new wave is seen as a resistance against the “threat” of globalisation and migration.

So, what is fascism in today’s world?

Fascism today aims to transform democratic systems from within, rendering it more dangerous than its past incarnations. The fascist ideology is markedly different from the fascist leaders of the past century by the global right-wing.

The main difference between the classical and contemporary incarnations of fascism is that today, they aim to transform democratic systems from within.

Another major difference is, the classical fascism focused on social welfare. Despite appealing to citizens’ darkest instincts, it spoke to the social and psychological needs of citizens to be protected from the damaging effects of capitalism at a time when other political actors were offering little help. But now, the right-wing parties who sow new fascist wave, no longer feel the need to mobilise the masses by making grand promises of an alternative society or civilisation that would better their lives. Instead, they channel the anger and frustrations of isolated individuals who do not necessarily belong to the right or the left, but towards the “others” whose removal will supposedly solve all socio economic problems.

But now, the right-wing parties who sow new fascist wave, no longer feel the need to mobilise the masses by making grand promises of an alternative society or civilisation that would better their lives. Instead, they channel the anger and frustrations of isolated individuals who do not necessarily belong to the right or the left, but towards the “others” whose removal will supposedly solve all socio economic problems.

“On a world level, the situation that affects many countries is economic stagnation and the arrival of immigrants,” said Robert O. Paxton a professor emeritus at Columbia University and one of the most prominent scholars on fascism, to the New York Times.

Globally, the discussions are resurfacing about the revival of fascism for quite some time. This public discourse consisted of actions and laws by the government and government-sponsored which attack or ridicule a wide range of “others”— Muslims, women, immigrants and refugees— who are depicted either as threats or as objects of derision. The NY Times highlights this: In places like Russia and Turkey, leaders like Vladimir V. Putin and Recep Tayyip Erdogan employ strongman tactics. In Austria, a nationalist candidate came within three-tenths of a percentage point of becoming the first far-right head of state elected in Europe since World War II.

In Hungary, an authoritarian government has clamped down on the news media and erected razor-wire fences to keep out migrants. There are worries that Poland may follow suit. Traditional parties in France, Germany, Greece and elsewhere have been challenged by nationalist movements amid an economic crisis and waves of migrants. In Israel, fascism analogies by a former prime minister and a top general have again inflamed the long-running debate about the occupation of Palestinian territories.

Also read: How Inclusive Is The Citizenship (Amendment) Bill 2016 Of Women And Other Minorities?

The Conditioning In India

Sudhanshu Trivedi, a lifelong member who is now the B.J.P.’s national spokesman tells Dexter Filkins in his New Yorker article, that the R.S.S. is dedicated to the propagation of “Hindutva”: the idea that India is first and foremost a nation for Hindus. Trivedi further goes quotes Dexter Filkins, “’Hinduism is not basically a religion—it is a way of life.’ Anyone born in India is a part of Hinduism. Therefore, all the other religions found in India thrive because of Hinduism, and are subordinate to it. ‘The culture of Islam is preserved here because of Hindu civilization,‘ Trivedi said.”

It’s no news that Modi and his allies are endorsing what they call the “New India.” The ‘New India’ where, as we step into the new year we are also stepping into 150 days of communication internet shutdown in Kashmir. We are stepping into protest parties held in cities where people stand together, sing, collectively read the preamble to the Indian Constitution and share performances of dissent. We are stepping into a decade where people are detained and arrested for drawing kolams in front of their house as a sign of protest.

The new wave of fascism is capturing India from within—becoming a state within a state. 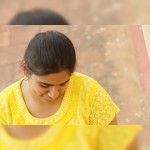