SocietyGlobal The Top 7 Wonders Of The Contemporary Fascist World

As we look around, we see protests, students agitated, universities attacked, and not to forget the other retrograde fascist Bills that await their turn in the Parliament to be passed and enacted.
By Nangsel Jan 23, 2020 7 min read

It’s already the end of January and here we are ceaselessly trying to make things better. Be it writing, protesting or reciting poems of resistance, all these efforts to make affirmative changes in our country while trying to preserve its secular fabric. As we look around, we see protests, students agitated, universities attacked, and not to forget the other retrograde fascist Bills that await their turn in the Parliament to be passed and enacted. New Years had always been romanticised in pop-culture forcing us to believe that things will get better, giving us hope for a fresh start. Will it? One can only foolishly hope so.

The highest seats of power in the world right now has been occupied by populist and authoritarian leaders, our country is no different. With speeches full of rhetoric and false promises of acche din, the economy of the country only seems to have gone downhill. All democratic structures now standing on shaky ground. PM Narendra Modi and his government never fails to surprise us as they threaten the world with other majoritarian populist leaders. This must not be surprising to the Indian electorate as previously PM Narendra Modi was banned from travelling to the US by the International Religious Freedom Act in 2005. Modi-led government’s Hindutva nationalist agenda with every law and action seems to put another nail in the coffin of our democracy and secularism.

The past few years has seen a rise in leaders who are not only dictatorial but problematic in a way, in which they use speech to instigate violence and propagate regressive ideas and policies. This article especially attempts to focus on those leaders all over the globe that have been authoritarian and at the forefront of human-rights abuse while remaining ignorant to constructive criticism.

One of the greatest symbols of democracy has been the ‘freedom of speech and expression’, anywhere in the world. On May, 2019 Turkish journalist Yavuz Selim Demirağ, who has been openly critical of the president was beaten just outside his home. It was supposed that President Erdogan has “closed 189 media outlets and jailed 319 journalists, while nearly 100,000 people have been arrested and 6,000 academics and nearly 4,500 judiciary officials dismissed”.

In Turkey, according to their Penal Code, anyone who criticises the fascist president leads to punishment from one to four years. This curbing of the free speech in Turkey, has led to the President manoeuvre in a dictatorial and fascist manner that prohibits the citizens to ask question from their representatives and also become complacent to the present regime.

Ethnic cleansing of the Kurds by the President Erdogan has come under scrutiny as instances of kidnapping and murder reach the surface. The suppression of voices and especially of ethnic minority groups leads us to see the similarity between the authoritarian leaders all over the world who once elected, act accordingly to their own whims and fancies while undermining democratic rights and freedom.

People’s Republic of China has been in the news lately, be it for their economic progress or for the human rights challenges within the country to which it turns a blind eye. The most recent change in the Constitution of China in 2018 was when president’s term of office was altered for life-time office. The othering and the systemic crackdown against minorities, indigenous groups or ethnic group seems to be one of the common instances that binds all these world leaders who belong to this large spectrum from the left to the right.

The past few years has seen a rise in leaders who are not only dictatorial but problematic in a way, in which they use speech to instigate violence and propagate regressive ideas and policies.

Rachel Sandler of Forbes notes down that, “400 pages of documents show how China’s President Xi Jinping fixated on stemming ethnic violence in China by taking a hardline stance against Uighur Muslims.” Fascist steps such as mass detention centres to re-education camps have been developed that disallows the Uighur’s to practise their religion freely under the ‘Communist’ government. This attack on Uighur’s is not new to the Chinese government as we saw harsh treatment meted out to Tibetan ethnic groups in a similar fashion. Many of H.H Dalai Lama’s pictures in monasteries was replaced by that of Chinese officials who claimed that such action would be to promote stability within the country.

The Orwellian mass surveillance in China only seems to raise more fears, big camera’s noting every face and movement, rather than dissipating them, while denying individuals of the higher values of human life.

Recently, Human Rights Watch stated that there has been a rise in escalation of persecution of Jehovah’s Witnesses. Though President Putin said that people of all faith should be treated equally, the action against Jehovah’s Witnesses have been, “arbitrary, lacked legal basis, and violated the rights to freedom of religion and to equality before the law.”

A draft legistlation was made public regarding domestic violence, however, there is resistance from conservative groups as they believe it goes against “traditional values”, backlash was faced from media and other civil society organisations when Putin led State Duma decriminalised certain aspects of domestic abuse by letting first-the offenders with a mere fine.

Vladimir Putin’s rule as a Prime Minister or President has been almost for two decades, many critics claim that these changes have not lead to substantial development in the country. According to Corruption Perceptions Index reported by Transparency International, it indicates that the corruption under Putin has only increased over the years.

This far-right President has only acted counter productive to Brazil’s development and also its democracy. Words fail short to describe his fascist, regressive, conservative and patriarchal policies and also homophobic statements. Amazon rainforest which was engulfed by fires in 2019 is claimed to have been due to his policies that led ruralists to deforest the Amazon and burn it. Many policies regarding environment have only been retrograde.

His homophobic statements and his “anti-gender crusade” since 2011 had led him to ban many educational kits that broke the taboo around AIDS. His conservatism has only led to the endangerment of minorities, indigenous people, womxn and the LGBTQ+ community that are threatened by his policies and rhetorics. His ministers also follow suit when they promote a ban on abortion and a leeway to gun proprietorship.

North Korea has been one of the most oppressive regimes in this present century. The cult of the Supreme Leader can be compared to a theocracy while the North Korean Society is based on three castes “based on their perceived loyalty.” Irrational laws, rampant human riots violation within the country a homogenisation of individuals and the heavy cordoning of their freedom and liberty. A closeted country whose economy is in bad condition, preserves its isolation.

The dire state of affairs and the idea of “go-it-alone nationalism” has only prevented development of the state at the expense of its citizens while curtailing their democratic rights, making a mockery of the Democratic People’s Republic of Korea. The whole education system is also state-controlled from the internet to books, there is no critical thinking allowed within the universities and schools, dissent being a far cry in a country like North Korea. The aggressive and fascist stances taken by Kim Jong-un only threaten world peace, while his authoritarian and isolationist policies seems to dwell on nothing rather  than his policy of aggrandisement.

Donald Trump has a list of controversies to his name that one can endlessly mention. He has been at the front of spewing anti-Muslim racism, sexism and misogyny since he was elected to office. The ban on the entry of nationals from seven Muslim- majority countries in 2017 was just his first of his many discriminatory policies towards Muslims. One similarity we see among all these governments, with America being no exception is with regard to education. There seems to be a systemic fascist attack on education from universities to the disinvestment on education while granting  enormous tax cuts to wealthy corporations.

One similarity we see among all these governments, with America being no exception is with regard to education. There seems to be a systemic fascist attack on education from universities to the disinvestment on education while granting  enormous tax cuts to wealthy corporations.

According to CNN, the Trump administration has considered to divert almost $7.2 billion in addition to the pentagon funding for border wall construction, which is five times what Congress had authorized. He had also declared a national emergency to divert federal funds to build the wall. The recent US-Iran crisis has only escalated fears of a World War 3 with the internet flooding with World War 3 memes, only making common citizens a victim to abuse of power by these world leaders.

Duerte’s anti-narcotics campaign since 2016 has led to the death of several thousand individuals while grave violation of human rights is rampant. The World Report 2020 of Human Rights Watch condemned Philippines’ president’s move as the “gravest” human rights concern.

Al Jazeera states that Duerte’s government has charged of almost 2,370 human right defenders, according to data compiled by rights group Karaptan. The suppression of dissenting voices, activists and civil society members has led the government to “red tag” them as allies or members of the Communist Party of Philippines, while attempting to cut financial lifeline of human right groups within Philippines.

Also read: Flashback Fascism And Decoding Its Many New Faces

As we read and analyse their policies and actions, we see a fine line of similarity linking them to our own leader. Rhetoric, xenophobia, fascist, anti-muslim policies or the “red tagging” of human rights activists. This list could have been topped by our own Prime Minister who with his political chicanery led the masses to vote for him and his “chappan inch ka seena,” into second term of office. With four more years in office all we can do as citizens is remain vigilant, aware and to keep resisting. 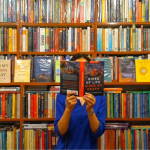 Silverine Swer And Her Dedication To A Hate, Fear And Greed-Free World | #IndianWomenInHistory