IntersectionalityFeminism 101 Video: Love In The Time Of Sanskaar

Video: Love In The Time Of Sanskaar

According to Hinduism for Kids, "Sanskaar is multiplication of virtues and division of personality defects. So, when are we being un-sanskaari?
By Manasi Pant Feb 13, 2020 2 min read

In India, one of the biggest barriers keeping away 2 people in love is ‘Sanskaar’. What exactly is Sanskaar, you ask?

So, when are we being un-sanskaari?

So what happens to love in the time of sanskaar?

The Myth of Honour

Sanskaar values honour above everything else. Unmarried couples cannot have live-in relationships, or book hotel rooms together, even if they meet the sanskaars of being heterosexual, not “sleeping around”, and not dating outside of own religion/caste. Sanskaar is the moral police you never asked for, never wanted and quite frankly you never will.

Sanskaar as dictated by the State

The IPC has a peculiar vague law which means that if you pass by a judgmental neighbour holding hands with your partner, you can be jailed up to three months if the neighbour felt violated enough. The onus on deciding what counts as “obscene” lies with the observer, and that decision is extremely subjective. Right wing goons obsessed with the idea of honour play their own role in “maintaining order” by harassing and often even being violent with the couple in question.

Sanskaar keeps our government from introducing Comprehensive Sexuality Education in schools, because apparently it will “make adolescents wants to have sex”. Guess what? They’re already having sex. But sanskaar does not want to acknowledge that and have an informed group of students. Ignorance is bliss?

Watch this video to find out how unreasonably sanskaars demand certain types of behaviours from us, and what happens if we don’t adhere to these rules. 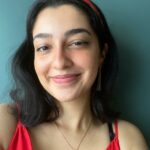