Begum Hamida Habibullah's work as a politician and a social activist changed the lives of thousands of women in and out of Lucknow.
By Varisha Tariq Mar 11, 2020 3 min read

Begum Hamida Habibullah was one of the most popular faces in Lucknow; her work as a politician and a social activist changed the lives of thousands of women in and out of Lucknow.

Begum Hamida Habibullah was born on 20 November 1916, hailing from Hyderabad, she was the daughter of Nawab Bahadur Yar Jung of Hyderabad and Talmain Khatoon. At the age of 22, she was married to Major General Enaith Habibullah, who was the founder of National Defence Academy, Khadakvasla. Her later life as a politician and as a social activist finds its roots in the rich history her family and her husband’s family carried. She went to Osmania University for B.A. degree followed by a two-year-long teaching course from White Lands College, London post her nuptials.

Begum Hamida Habibullah became an active politician post-1965. She was elected as a Member of Assembly from Hiadergarh in 1965, followed by State Minister of Social and Harijan Welfare in 1971 along with being the tourism minister. She was then a Member of Rajya Sabha, 1976 to 1982. Post that she began focusing on her career as a social activist, while still remaining a congress party enthusiast and involved herself in social politics. She was the President of the Indian Council for Child Welfare amongst many other titles she held. She despised how caste and religion worked its way into creating a divide in the country and abhorred the role politics had to play in it.

As a Social Activist

She was a patron of SEWA (Self-Employed Women’s Association), which promoted employment for women via Lucknow’s famous Chikan-Kari work. She tirelessly worked towards community empowerment and focused on women. This association employs more than 5000 women from Lucknow. She was also an active member of Nari Sewa Samiti and Cheshire homes.

She, along with her mother-in-law, Begum Inam Habibullah, worked exceptionally hard to make education accessible to the underprivileged girls in India. Begum Hamida worked with her mother-in-law to establish Talimgah-e-niswan which now has 3500 students. She was appointed as the President of Awadh Education Society in 1975 for Awadh Degree College. This was the first English Degree college for women in Lucknow.

As a Sports Enthusiast

She was the first President of Women’s Cricket Association in 1973. She was a part of its foundation and a vehement supporter. Today, when we are actively pushing to give the women cricket team the same importance as the men’s cricket team, we cannot forget the contribution she made to the association as the first President back when it was not popular to push women to join sports.

Not only should we celebrate her many achievements and her relentless work for the underprivileged and marginalised community but the grace and dignity with which she lived her life. Her six decades-long career is absolutely riddled with charm and success and is perfectly spotless in terms of falls. And while she managed to live her life to the fullest extent.

Today SEWA is an establishment that continues to provide empowerment to thousands of women, and the sprawling Habibullah estate a symbol of everything Begum achieved in her life. A revolutionary, she passed away at age of 102, two years post her centenarian birthday. At the time of her death, and it speaks a lot about the kind of woman she was, the entire Habibullah state was flooded by people from all around the world who had come just to pay their respects. Today her children and their children are managing what she single-handed managed. From SEWA to Awadh to her Saidanpur Mango festivals, her legacy in Lucknow lives on. 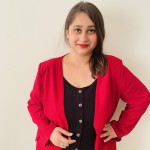 Varisha Tariq is a recent undergraduate from Ashoka University and she likes reading about politics and deconstructing gender and patriarchy. She aspires to be a writer, business-owner, foreign diplomat and Prime Minister of India all at once although she is currently running an NGO in Lucknow, focused on the education and empowerment of women.

Imagining Assam Beyond Borders: Migration And The CAA Debate

Siddalingaiah: The Dalit Activist Who Resists Through Poems

The Almirah: Symbolising Women, Their Expressions & Limited Access To Space Through Fashion