Intersectionality Microaggressions As Memes: A Digitised World Of Misogyny

For combating micro and macro-aggressions, it would be useful to relate individual memes to possible meme complexes and also associate issues that perpetrators suffer from or have imbibed such as internalized misogyny.
By A Mani Apr 28, 2020 4 min read

The first part of my article can be found here. The role of microaggressions in sustaining patriarchy and related regressive aspects of society are mentioned in the same. But how exactly or approximately do they come to play a role? This question is examined below.

These days, almost everybody is familiar with real, fake, good and bad memes and picture posts on social media. Memes are information conveyed in limited words or short messages in some mode of expression that do not refer to detailed sources of information. Often they are designed to appeal to one’s empathy, fancies or dislikes.

Richard Dawkins is an evolutionary biologist also known for his atheist beliefs and arguments against religious fundamentalism. It is true that he has never engaged with feminist issues in any depth, and has problematic views on gender and child molesters. He has also written a number of wild exaggerations about evolutionary processes and genes (to the point of feeding pseudo sciences like evolutionary psychology) and claiming that life is all genetic programming. But his theory that memes are units of cultural evolution, formulated in his book ‘The God Delusion’, is fairly justified by endless real life examples.

According to theory, memes evolve in a way analogous to biological evolution. Some memes survive better than others, while others mutate through, for example, misunderstandings. They can also recombine to produce a new meme involving elements of each parent idea.

memes propagate much like viruses do; by parasitising people. The entire process is known as memesis.

A group of mutually supporting memes is said to form a meme complex. Members of such complexes are relatively more powerful than isolated memes in shaping culture. Religions, for example, are defined by such meme complexes (however decadent, irrational, cruel, inhuman and violent they may be). Further memes propagate much like viruses do; by parasitising people. The entire process is known as memesis. In essence, this can also be read as the claim that most people do not reason beyond some shallow level of depth, and that their behaviour is determined by merely copying behaviours of peers and dominant groups. It may be noted that these ideas are loosely modeled on ancient philosophical ideas.

By extension, it can be argued that microaggressions progress in society much like memesis happens in cultural evolution. Microaggressions do not stand alone and also form meme complexes. Regional variations in meme complexes in countries like India obviously exist, but a substantial block of commonalities can be pointed out. The reader is invited to figure them out.

Most Indian heterosexual women think it is exclusively their duty to manage children. While this can be explained through ideas of patriarchal social conditioning, much of that is enforced and reinforced through meme complexes of microaggressions rather than through isolated microaggressions of a type. It is also true that many women try to adjust their lives within the limits of the hetero-patriarchy resulting in poor quality of life and stereotypical acceptance of their fate – the meme complexes associated with this statement are more involved than the former.

Digitization and information exchange has not led to improvement of the quality of life of most women because apart from other factors like patriarchal corporate control of freedom, microaggression related memesis is too deeply entrenched in society. As mentioned in the first part of this article, it is necessary to combat them at different levels of social discourse.

Digitization and information exchange has not led to improvement of the quality of life of most women because apart from other factors like patriarchal corporate control of freedom, microaggression related memesis is too deeply entrenched in society.

For combating micro and macro-aggressions, it would be useful to relate individual memes to possible meme complexes and also associate issues that perpetrators suffer from or have imbibed such as internalized misogyny, benevolent sexism, generalized misogyny, heterosexism, cissexism, lesbophobia, casteism, religious bigotry, colonial hangovers and rape culture. The reader is invited to work on the following memes (that are also common micro/macro aggressions):

In all this, it should be noted that applied feminism should not be divorced from theory. For example, techniques and practices for curing women employees suffering from impostor syndrome are mentioned in a number of workplaces. Some of these are requiring everybody to have an encouraging attitude, share their own failures, the community to be positive and kind, and making mentoring a first class activity. If women also learn about the genesis of the syndrome, then they can always solve their problems in a better way.

When the reasons for a microaggression being so are explained then some potential offenders do learn, many may open their eyes, some may be indifferent, and yet others may rely on other facets of the patriarchy to oppose the proposed reason. This scenario is bound to change the nature of the microaggression and its received messages.

Also read: Laugh Off The Sexism: The Counter Culture Of Feminist Memes

A couple of decades ago, not many people complained about the enormous amount of sexist messages in commercial Hindi cinema and the hate generated by them. These days at least some people have become more vocal about associated issues. The perception of homosexuality and related microaggressions have changed over time in colonial and post/neo-colonial India due to efforts of a number of LGBTQIA groups. A good classification that can help in predicting change would be of much practical use at the personal and systemic level. 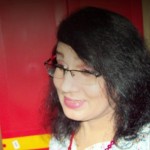 A. Mani is a leading researcher in rough sets, algebra, logic, vagueness, mereology and foundations of Mathematics. She is a scientist at Indian Statistical Institute, Kolkata, is a senior member (elected) of the International Rough Set Society, and a visiting faculty/researcher of HBCSE, TIFR Mumbai. Mani is also an active feminist, lesbian rights and free software activist. She has been involved in few related projects and has published a number of academic and popular articles on these subjects as well.

International Men’s Day: Men Need A Day Too, But Not For The Reasons MRAs Think So