IntersectionalityGender Coronavirus ‘Stay At Home’ Advice Or Another Excuse For Slut Shaming?

Slut shaming is a patriarchal tactic of stigmatizing or slandering women whose sexual conduct is perceived as falling out-of-line of the patriarchal script of sexual propriety, or so-called ‘virtuous’ femininity.
By Gugush Chopra May 26, 2020 5 min read

This is a poetic composition by Chris Franklin advising stay-at-home during the Coronavirus outbreak, which I received as a forwarded message in one of my WhatsApp groups. It is a melodious piano recital with a comic undertone, but to the distaste of many, is splashed with expletives. What I found objectionable is the use of a sarcastic ‘it spreads faster than a hooker’s legs‘ analogy to describe the speed with which the virus transmits itself.

It’s a disgrace that such content is considered harmless amusement at best and politically incorrect at worst. Couched as titillating humor, it is a sexist judgment about womxn’s sexuality, rebukable for its derogatory tenor. It is not only an affront to the suffering of millions of sex workers, most times subjected to harrowing abuse and exploitation; it is also a blatant act of slut shaming of womxn who may have been willfully engaged in sex work to exercise their sexual autonomy.

Slut shaming, an offshoot of whore-stigma, which goes hand in hand with victim-blaming is done exclusively to womxn. The question is why do only sex workers bear the brunt of judgment, stigmatization and bullying, and not the men who freely patronize them? As members of civil society, if womxn and men engage in identical sexual conduct then why is a hostile treatment meted out at womxn only? Are there any underlying objectives that guardians of patriarchy are trying to drag along as womxn step forward to find their way into sexual agency?

Slut Shaming and What It Does to Womxn

Slut shaming is a patriarchal tactic of stigmatizing or slandering womxn whose sexual conduct is perceived as falling out-of-line of the patriarchal script of sexual propriety, or so-called ‘virtuous’ femininity. It dictates that for womxn to be considered ‘respectable’, they ought to be passive respondents to male sexual desire, be mute facilitators of their sexual pleasure, and their own sexuality must come into play only in a monogamous, heterosexual and marital/committed relationship. Therefore, womxn perceived as expressing or pursuing their sexual desire, as engaging in premarital/extra-marital/casual sex; sex with multiple partners or in a homosexual relationship; as holding unconventional sexual preferences, or even dressing less than ‘modestly’ become inevitable subjects of slut shaming.

Sex workers are notoriously portrayed as a category of womxn whose sexual morality is corrupted by their exploding sexuality, which drives to shamelessly seek sexual gratification by offering themselves to random strangers, or by preying upon and provoking naïve, guiltless men. As such, these womxn are socially constructed as ‘outliers’, ‘in-defiance’ of the patriarchal script, a specter of ‘vile’ femininity, a threat to the patriarchal family structure and public morals.

This perverse, overwhelming and culpable image is imaginably the most wicked and disgraceful depiction of a woman. It not only conspires to obscure how men freely patronize these womxn and makes their role/culpability in the entire scenario of sex work invisible; it also makes sex workers’ blown up sexuality a subject of society’s callous repugnance, ridicule and rejection. Invariably, terms like ‘prostitute’, ‘whore’ and ‘slut’, all of which point to the above construction are made to be the most pejorative epithets owing to their power to emotionally traumatize or deflate any womxn’s sense of self-worth.

Whereas sex workers are made the top contenders for social humiliation; (other/non-sex workers) womxn perceived as exercising sexual freedom, or even liking sex are next in line for shaming. For its stifling effect, slut shaming has been used as an instrument of moral policing, to whip womxn off their sexual agency and to pin them down to regressive strictures of sexual conduct. Men, on the other hand, are eulogized for the same (sexual) behaviors that womxn are shamed for: their uncontrollable sexual urge, a ‘hallmark of ‘patriarchal masculinity’, and a high ‘cunt count,’ a compliment to manliness. It is this entitlement vs. punishment attitude which gives men the audacity to treat womxn as objects.

Not just womxn who are seen as defying the patriarchal script, slut shaming also engulfs womxn who fall victims to acts of sexual abuse or violence committed against their will. Victims of rape, incest, sexual assault are slut-shamed for being perceived as having provoked, invited, not done enough to protect their sexual ‘purity’ or having secretly enjoyed their own violation. By hurling the words ‘whore’ or ‘slut’, men indirectly accuse womxn of ‘provocation’, or target their ‘sexual history’ to rationalize and justify their own sexual misdemeanour, while the society engages in victim blaming to condone the man’s act.

In fact, for the hostility and hegemony that’s embedded in the act of slut shaming, men engage in it even when the context is non-sexual as a way to take back control of a situation. This is most conspicuous when the woman is assertive and/or challenges a man for his actions. It serves to smash the conversation and gets her to shut the f**k up. As Leora Tanenbaum points out in context of slut shaming, “It actually makes no difference if a girl or woman is sexually active or even utters any expression of sexuality: she can be called to task simply because she is female.”

Further, it’s ironic in the way slut shaming is employed by men not only to disparage womxn who are unfettered about engaging with them sexually, but also to verbally bash womxn who decline their sexual advances.

Slut shaming doesn’t just wreak havoc on womxn’s sexual and social life. It also haunts them during court trials. It silences, maligns and denies justice and protection to victims of sexual violence (sex work or otherwise) and facilitates men’s sexual (non-consensual) access to womxn by fostering a culture of impunity through adverse judgments in rape or sexual assault cases.

Since historically, sex workers have been associated with the myth of ‘automatic’ or ‘indiscriminate’ sexual consent, rendering them as ‘women-who-cannot-be-raped’. That is, as category of womxn devoid of the right to refuse sex, or the right to claim sexual violation by use of force, coercion or deception against them. The profundity of this whore-stigma is such that it not only made it easier for punters to exploit these womxn; justice officials, for decades, have also had no qualms about acquitting defenders where it was a sex worker pressing charges of rape or sexual assault, pronouncing the latter as ‘deserving’ of the outcome, and unworthy of legal protection.

Similarly, victims of sexual violence have been slut-shamed and victim-blamed by the courts. This is evident in the way womxn’s sexual history has been considered an ‘admissible evidence’, rather than that of the perpetrator. Further, the way in which a womxn is interrogated about why she was dressed in a certain way, was at a certain place or at a certain time of the night, why was she drinking etc. Inadvertently, all this is designed to scoop out a womxn’s complicity in the act and prove that she dressed or conducted herself like a whore and ‘provoked’ or invited the outcome. Since, imputing blame on the woman implies that she deserved to be raped, no crime was committed and the perpetrator was unaccountable, leading to his clean and clear acquittal.

Also read: How To Feel Liberated By Reclaiming The Slut Shaming Slang Words

What does slut shaming and such forwarded messages or videos come across to you as- noxious humor, political incorrectness or an instrument of womxn’s oppression? 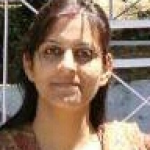