Culture Aunty, Didi, Bhabhi, Tai: How Indian Women Politicians Are ‘Domesticated’ So They Fit In

Should the roles of women politicians as didi, bhabhi or tai be evoked relentlessly for them to have a solid footing in the Indian political space?
By Soumya Mathew Jun 16, 2020 6 min read

The Suffrage, one of the most important milestones for the feminist movement, marked the beginning of women’s struggle to win the right to vote. Generations later, not only do women exercise voting rights, they have also contested and won elections. Given how politics was seen as largely a patriarchal domain, this was a feat in itself. But the trend as we see is, the Indian political space has time and again attempted to domesticate many women politicians, so they fit into the political and social narratives, on patriarchal terms. When finance minister Nirmala Sitharaman was introducing the Covid-19 relief package, a quick look through social media spaces showed how she was mockingly being referred to as “Nirmala tai”. And remember the notoriously sexist The Telegraph headline that called Smriti Irani “Aunty-National”?

Kinship terminologies are often used for women politicians, shifting the focus on essentialising their many roles as a woman first. In another of his tireless rants recently, Arnab Goswami attacked Sonia Gandhi. Referring to her as “Italy waali Sonia”, he accused her of not speaking up against the Palghar lynching of two Hindu seers and their driver. Soon after, the hashtags #BarDancerSonia and #RaGaKMKB began trending on Twitter. While one implied Gandhi’s apparent past profession as a bar dancer, the second was a violent, sexist abuse for ‘Rahul Gandhi’s mother’. More popular monikers for Gandhi are “videshi bahu” and “swadeshi beti” – both repeatedly evoking her identity of a daughter-in-law.

The arena of politics and public affairs have exclusively remained a patriarchal domain for decades, with no significant change even after the suffrage movement. In India, we continue to fight for 33 per cent reservations for women leaders. In addition to denying reservations to women politicians, the handful inside the circle are, in a manner, ‘tamed’ so they fit into the political space. Disagreeing with Smriti Irani, Nirmala Sitharaman or Sonia Gandhi’s policies and politics is one thing, but making misogynist references such as aunty and tai is just an attempt to otherise women politicians from the masculine political space.

That is, even when women politicians are ‘allowed’ in the space to exist, they are either jeered at or revered, on broad patriarchal terms.

In Uttar Pradesh assembly elections of 2017, the slogans that rang the loudest among Samajwadi Party and their supporters were: “Vikas ki chhabi, Dimple bhabhi!” and “Bhaiya ka vikas hai, bhabhi ji ka saath hai!” Clearly, the ‘wifely’ responsibilities that Dimple Yadav owed her husband Akhilesh Yadav were evoked throughout the election campaign. Her image as that of a dutiful wife, who stood by her husband, took over her independent identity as that of a member of Samajwadi Party and former MP from UP’s Kannauj.

Mamata Banerjee, the chief minister of West Bengal is endearingly called didi (elder sister) by her supporters, so much so that even she would refer to herself as didi in political speeches. An analysis of Banerjee’s political career shows how she was born in a lower middle class family and almost independently built her career as opposed to women politicians such as Sonia Gandhi or Dimple Yadav, who forayed into the political arena with family backing.

Yet, her supporters see her less as a political leader and more as family. Her image as didi is widely glorified. In the analytical research piece, ‘Mamata Banerjee: Redefining Female Leadership’ the author and researcher Kenneth Bo Nielsen refers to how in the villages of Singur, where a Tata Nano factory was proposed to be set up, she was universally referred to as didi. He expounds on, that a didi is almost expected to be a proxy mother who would affectionately take care of her younger siblings. Banerjee embraced this identity, while she extended support to the farmers whose livelihood was in jeopardy due to the project.

When one of the villagers were asked about her involvement in their movement, he said, “Didi many times came and saved us from police beatings. She has also sent us rice and money because the poor here had nothing to eat. She also arranged money to bail us out of prison, and made sure we got medical treatment if we had been injured… Here, three movement supporters have died, and every time, didi came to their house with comfort and money. She has come here more often than anybody else…“

Mamata Banerjee, like Dimple Yadav, is seen as having internalised and become comfortable with these sobriquets that essentially domesticate them within a predominantly patriarchal narrative. While Banerjee has a Doctorate in Literature from Calcutta University and holds a Masters’ degree in Islamic history, Yadav graduated from Lucknow University with a degree in Commerce. Yet, these aspects of their identities are rarely spoken of as opposed to their images as didi and bhabhi, respectively.

While on one hand, one could well argue that this is a result of years of patriarchal conditioning, but another aspect to this is, how women politicians—consciously or not—build on these filial emotions in favour of their political career and propaganda.

Last year, Mamata posted a video of her cooking on the occasion of Diwali. J Jayalalithaa, the former chief minister of Tamil Nadu, was popularly referred to by the epithet amma (mother) or anni (wife of elder brother) with respect. Reportedly, she gained popularity following her efforts to combat female infanticide, for creating spaces at train stations for mothers to breastfeed their babies and for combating hunger through the widely popular Amma canteens. Widespread literature on Jalayalithaa indicates how she used the sobriquet of Amma in her favour and built Brand Amma.

In Manoj Chaurasia’s book Lalu’s Masterstroke, Rabri Devi is recorded as explaining how it was the duty of every wife to “sit on her husband’s chair to keep it warm”, referring to how she was appointed the chief minister of Bihar three times while her husband Lalu Prasad Yadav pulled the strings from behind. The book refers to how she distinctly emphasises on her image as a sacrificial and dutiful wife and mother.

Hence, the internalisation and acceptance of these kinship terminologies associated mostly with women politicians could be seen as a step in the direction of their political agenda.

Deglamorisation As A Tool Of Domestication

Another aspect that is seen as a tool of ‘taming’ women politicians is deglamorisation. ‘Videshi bahu’ Sonia Gandhi, before joining politics full-fledgedly, would be seen in chic pantsuits and her long hair left open—a complete contrast of her sobered down, crisp cotton sari wearing persona. And, Jayalalithaa too, infamously put her glamorous actor days in the past when she was handpicked by her mentor MGR to venture into the political space.

When we shift the lens to women inside a traditional family set-up, the mannerisms of an elder sister, mother or the widow of a beloved elder brother are less glamorous and more affectionate and emotional in nature. When this personal is extended to the political, it is difficult for the sons, daughters and younger siblings to see their revered women leaders as glamorous figures, for the same reason—they are women of the family.

Judith Butler in her seminal work Gender Trouble refers to how gender is an improvised performance based on repetition. So, if women politicians were relegated to a subordinate status and forced to stay away from the political sphere because they were deemed ‘emotional and weak’ based on their sex, a subversion of this identity can result in renewed meanings of what being a woman is.

Also read: Will Women Politicians Ever Stop Being Judged On Their Appearances?

On that note, why cannot we normalise women politicians doing both—wear makeup and speak their minds? Do women leaders need to be universalised as didi, maa or tai for them to have a solid political footing? 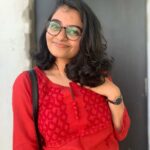