While eyebrows may be raised at the title of this piece, as an internal monologue tries to justify that queer people are normal, healthy, functional beings—the elephant in the room must be addressed.
By Deepshikha Sharma Jul 3, 2020 6 min read

Spilt petroleum patches, glitter, and rainbows enliven the internet since it was June, last month—the pride month. Members of the LGBTQA+ celebrate their identities in and out of their closets, with pride. While people try to keep this up throughout the year, June carves out a temporal space for the proud assertion of all things bright and wonderful and queer! Despite this boisterous acceptance of who they are, its polarity—rejection—still tails them like a shadow. “Abnormal”, “deviant”, “unnatural”, “diseased”—are a few among the many accusations thrown at the queer community.

While eyebrows may be raised at the title of this piece, as an internal monologue tries to justify that queer people are normal, healthy, functional beings—the elephant in the room must be addressed. And it is a very heavy one—since many people refuse to believe so. Countries kill and criminalise individuals/people who do not fit into their heteronormative mould. Individuals in countries that are tolerant subconsciously or consciously refuse to normalise it in the name of culture, religion, “natural-ness”, and tradition.

While history says otherwise, the question to be asked is when were they de-normalised? And why?

While answering such loaded questions would require a separate thesis, an over-simplified answer would be colonialism and its cultural imperialism which introduced the Victorian aversion to sexuality—straight or queer. Now that we’re peeling off the layers of the Oriental gaze, it’s time we do the same for the LGBTQI+. It’s time we normalise what ought to be normal.

Here are 5 reasons we should normalise queer identities in India:

Best-selling author and world renowned historian of science, Yuval Noah Harari tackles the un-acceptance in terms of stories. The heteronormative narrative is a story invented by humans that contradicts the story of reality; and when these collide, it is best to believe in the truth of the reality. Although different, people across the spectrum of sexuality and gender are still people.

Scientific research (though not always) has tried to normalise all divergent identities and equalise it with what is the norm. Unfortunately, “othering” is still a phenomenon that goes beyond the purpose of identification to take the form of discrimination. Forceful attempts to remove this “otherness” in the form of corrective rapes, honour killings and conversion therapies threaten the sanity and safety of the queer folk in India.

*Green, a queer woman, says, “The fact that we’re labelled as “the other” itself makes me feel alienated and queasy. I still don’t understand why we would need to “come out” per se, when straight people don’t have to.” While she understands the normative status of the hetero/binary paradigm, she adds, “As much as food and shelter are important for survival, acceptance is right up there too. It’s letting us know that you acknowledge we might like things that are not necessarily traditional and you have no desire to change us.”

Hence, this beautiful, kaleidoscopic, multitudinous spectrum of identities, which constitutes 7-8% of the population, though different must be accepted.

As beautifully elaborated by Katju and Guruswamy in their Oxford Union Q&A, India is a “marriage country” needing recognition on a legal but especially a social level. South Asian countries are known to be community-centric rather than individualistic. And having been brought up with such ideals, queer-folk find it hard to cut off their social relations. They either end up living an inauthentic life or worse, ending their lives.

Transgender people in India often have to run away from home due to the rejection they face (as read and heard in several interviews), getting involved in professions like sex work or beggary to support themselves. Or they get disowned by their families. LGB people are put through a lot to become “normal” and some go through it just to stay connected to their families and friends. *Red, a queer man, confesses that while he isn’t ashamed of himself, he’s afraid to disclose his “true colours” as his family would never accept him. This has led him to question his identity on the whole, unsure about himself without his family.

While tolerance is a step, and acceptance another, everyone should foster the empathy to coexist as a part of a society and work together. And queer people deserve the space to thrive beside all, with family, and among friends. No matter what the orientation, no matter what the gender.

Lakshmi Narayan Tripathi recalls the fear she felt when having to use the washroom in her school/college days in a TedTalk. A beacon of inspiration, she proudly proclaims that the problem resides with the world and not her when they see her to be different. However, not all have such a clear headspace. Queer folk suffer from what is called “minority stress” which is the high stress levels felt by the marginalised. The fear and the paranoia has affected *Purple, having to live with a biphobic flatmate who claims to understand homosexuality but thinks bisexuals are nymphomaniacs.

Several surveys report suicidal ideation, severe anxiety, PTSD, and chronic depression among the queer folk, which is said to be worsening during this pandemic. This also leaves them vulnerable to eating disorders and high levels of substance abuse. Gender dysphoria, the need to come out, and further rejection from their loved ones leave the queer folk in mental turmoil. Hence, normalising these identities would lessen the stress during the questioning stage and would perhaps help them garner support from friends and family.

Homelessness is another issue faced by queer folk as they run away or are disowned. *Green remembers the struggle of finding a place to rent. Screenwriter Apurva Asrani tweeted about once having to pretend to be cousins to find a place. Another significant service that people are scared to reach out to is the police and helplines in times of trouble. *Blue remembers having faced abuse from the hands of her partner feeling the many levels. She could neither turn to her parents or anyone who could actually help her. While hotlines for emergencies like these are said to be aplenty, queer folk hesitate from reaching out.

(5) Better Future for the Next Generation

With section 377 repealed by the Supreme Court in 2018, things seem to be looking better on the legal front. Pride parades too are a social indication of increasing acceptance of all kinds of people. However, we need to normalise it on a fundamental level. To the extent that children who identify as queer are not made to feel different. Bullying and grouping up against children give them a lifelong of trauma to recover from. Internalised homophobia leads to destructive tendencies and low self-esteem, leading to hatred rather than allyship. Researchers say tolerant marriage laws reduce the number of suicides of LGBTQ teens. It is found to improve how they feel about themselves and society in general.

*Green muses, “I read somewhere that one should never underestimate a child’s ability to carry shame. And that struck a chord. I’ve been told off for my androgynous but nonsensical fashion choices, by family members. We need to normalise things not just to let the next generation wear whatever they want, but to make them feel safe. So they don’t have to think twice about introducing their loved ones to people”.

Normalising queer identities in contemporary times would lead to resolution of hierarchical problems faced within the LGBTQI+ community such as bivisibility, same-sex violence and a stronger emphasis on trans rights. Keshav Suri opines, “All over the world, the trans community is closely associated with the LGB community, whereas here it’s not the case — they feel segregated within the LGBTQ community as well.”

Hence, while abstract normalisation isn’t the same as concrete, it would definitely be a great start. Something that would give impetus to the next generation to feel able and bring the necessary changes needed.

*Names have been changed to keep the anonymity of these people 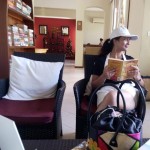