IntersectionalityGender CarryMinati, Queerphobia And Other Masculine Stereotypes On Social Media

Internalised queerphobia and masculine stereotypes are rampant in our society. It is present in the languages we use, the dress codes we follow and the people or content we fear calling out.
By Shambhavi Raj Singh Jun 2, 2020 5 min read

Social media is a platform where people can share their reactions on everything from adorable dog videos to pressing world issues like a global pandemic. Instagram, YouTube, TikTok and all the other applications have made it possible for every person to create content and become an influencer. It was supposed to be a safe space for the free flowing dynamic ideas and discussions to take place. However, the internet has failed to serve itself as one for people belonging to the queer community. There has been a surge in irresponsible and problematic content which acts as the breeding ground for stigmatisation. Internalised queerphobia and masculine stereotypes are rampant in our society. It is present in the languages we use, the dress codes we follow and the people or content we fear calling out.

A few weeks ago, YouTuber CarryMinati who has a massive following and influential power posted a video called, ‘YouTube vs TikTok- The End’. It was essentially projected as a roast video in response to Amir Siddiqui’s video, a famous TikToker with a significant following, which criticized YouTube and all its creators. CarryMinati’s video took over the internet in less than an hour. The video got over 71 million views, 10 million likes, broke 12 records and helped him gain over 5 million subscribers. However, the video was taken down by YouTube after 7 days.

The video had derogatory slurs against the queer community, misgendering and gender stereotyping them. Shortly afterwards, another video was uploaded by him in which he tried to clarify that most of his ‘jokes’ in his previous video were not meant to hurt any community and are being misinterpreted. He mentions that his comment, “mithai ki dukaan par le jaaunga, 200 me bik jayega” (I will take you to a sweet shop and sell you for 200 bucks), directed towards Amir was a comment on his brand value and not gender. Since then, his followers have taken the internet by a storm with #JusticeForCarry and memes. They believe that the content wasn’t offensive and was taken out of context. Carry was also supported by many social media influencers and YouTubers.

This is the root of the problem—normalisation. Any language or behaviour that is propagating queerphobia needs to be actively condemned. Masculine stereotypes are a serious obstacle to the path of achieving gender equality. So yes, Carry’s video isn’t the only problem, we all are. The ones who fail to understand the impact of his transphobic ‘jokes’ and the ones who like and share such content of other creators. The ones who ask the queer community to laugh it off and the ones who never held content creators accountable for their actions, ever.

If you are upset about his video taken down, you are part of the problem. Let’s see how.

Difference between Intention and Impact

TikTok is a platform for the masses. It helps people from all walks of life to express themselves and create short videos with visual effects without any fancy editing software. Although it has its own fair share of misogynistic and offensive content, male TikTokers are mostly mocked and ridiculed for wearing makeup, lip syncing songs and cross dressing for their videos. They are collectively labelled and insulted as TikTok ki betiyan (feminine), meetha/chakka/hijdha (transgender) or outcasts. All of them are victims of toxic male stereotypes that are deeply ingrained in our society. Such instances of queerphobia has been going on for a long time among various sections and is fueled by memes and roast videos.

The intention of YouTubers according to them might be harmless but their impact on thousands of impressionable minds is surely not. It was unsurprising to see the comment sections of LGBTQ+ activists’ Instagram pages to be filled with transphobic and homophobic slurs by the people who wanted justice for Carry. These videos normalise harassment, body shaming and usage of someone’s identity as an insult. It limits a person’s want to express on social media and ends up empowering queerphobia.

The LGBTQ+ community faces discrimination in every aspect of life, be it in households, educational institutions or work spaces. Using their identity as an insult, intentionally or unintentionally as a ‘slang’, only instills the idea that their community is a nuisance to the society and needs to be ‘roasted’. The Indradhanush (rainbow) is a symbol of pride and unity for the queer community and as a person belonging to that community, if one refuses to give CarryMinati the benefit of doubt for his ignorant statements like, “Tum jab haggte ho toh indradhanush nikalta hai na”, don’t ask them to.

Also read: Queerphobia Doesn’t Vanish As We Move Down Generations

Trinetra Haldar Gummaraju is a 22 years old transwoman and activist, studying medicine. She recently uploaded a video named “Queerphobia Kills”. She shared her experience about growing up in a heteronormative society, how dehumanising incessant transphobic slurs affected her and the impact of such videos on the queer community. In the video she says,

“Do you have any idea what it takes to bounce back from the kind of dehumanisation, from the kind of insult, from the discrimination we face on a daily basis? There is a difference between intention and impact. You may be a wonderful individual, but at the end of the day if the shit that you say is homophobic, if the shit that you say is transphobic even if you don’t mean it that way, thousands of people out there who actually happen to be transphobic and homophobic, will take your shit seriously. They will find encouragement in the things that you say.”

Rishi Raj, an activist for LGBTQIAP+ and Dalit rights , posted two in-depth explanation videos calling out CarryMinati and Lakshya Chaudhary for their homophobic content on his Instagram account.

It is not entertainment if it hurts someone’s sentiments. It is not a roast if you do it without proper consent of every person involved. When you have a viewership of millions, it becomes your responsibility to create progressive and positive content. As viewers, we should break the silence, take accountability and demand better content.

Also read: A. Mani Lays Down How To Fight Sexism And Queerphobia In STEM | #DesiSTEMinist 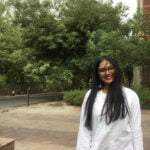 Who Would You Swipe Right?: Dating Apps And The Basis Of Their Problematic Algorithms

Rant Of A House Hunter In Delhi: Intolerance Of ‘The Other’