There is a glaring under representation or rather, lack of representation of plus-sized female bodies in Indian popular culture. Big-screen movies aside, even OTT platforms are yet to embrace a more inclusive framework that represents women who do not fit into the outdated ‘beauty’ standards.
By Soumya Mishra Jul 10, 2020 5 min read

Editor’s Note: This month, that is July 2020, FII’s #MoodOfTheMonth is Feminism And Body Image, where we invite various articles about the diverse range of experiences which we often confront, with respect to our bodies in private or public spaces, or both.. If you’d like to share your article, email us at pragya@feminisminindia.com.

When Anne Shirley gave Mrs. Rachel Lynde a piece of her mind because Mrs. Lynde called Anne ‘skinny’ and ‘homely,’ I felt the collective rage of all young girls who are often subjected to ridicule as they do not fit into the traditional problematic definitions of ‘beauty’ that society propagates to us. Ever since I can remember, I have been labelled ‘moti’—meaning fat, by my classmates in school, and things did not just stop there; these classmates called me by various other nicknames like ‘gendi’, ‘bhuski’, ‘haathi’, ‘anaconda’ and so on. I have always been on the heavier side, right from my very childhood, and that is why many family members too took it upon themselves to ‘advice’ me how I should try to lose some weight because fat-shaming people under the guise of showing concern is peak desi culture.

But what right does anyone have to morally police me about my body?

The sheer amount of pressure that society puts on young girls so that they look a certain way is huge. If I had a dollar for whenever my parents advised me not to buy a certain dress or outfit as a kid because they would make me look fat and that would draw unwarranted attention, I would be freaking rich. And to overcompensate for this lack of ‘beauty’ in me, I vowed to excel in every other field—be it academics, extra co-curricular activities, music—almost everything, well except for sports.

Even then, one particular incident which hurt me the most during my schooling days was when I was awarded the ‘All-Rounder’ award for the academic session and my supervisor, who was a middle-aged man, told me this as a joke: “If you do not reduce some weight, I will make sure that you do not get the ‘All-rounder’ award next year.” People do not realize the negative impact their words put on young impressionable minds.

But we ought to ask ourselves this: Why are people so obsessed with how they and others around them look like? How does one decide what is beautiful and what is not?

There are multiple reasons which explain why people have been conditioned to believe in such outdated and problematic standards of ‘beauty.’ However, studies show that one very important factor is the effect of popular culture that constantly reminds us that ‘fair’ is beautiful and ‘slim’ is desirable, and these problematic ideals affect women more than men. One look at the leading Indian actresses will prove how true this is.

There is a glaring under representation or rather, lack of representation of plus-sized female bodies in Indian popular culture. Big-screen movies aside, even OTT platforms are yet to embrace a more inclusive framework that represents women who do not fit into the outdated ‘beauty’ models. If you do not believe what I just said, ask yourself this: How many plus-sized women have you seen on online streaming platforms like FilterCopy or Alright!? The coming of internet and digital OTT platforms have democratized content creation, but even then, we are inadvertently fed the same age-old standards of ‘beauty’ and ‘body image’ through visual culture, and we gladly consume them too.

Why then, when it comes to representing women, do content creators stick to the ‘fair,’ and ‘slim’ trope?

Or, does this under representation, or rather, lack of representation allude to the fact that society, even in the year 2020, still thinks that fat girls do not deserve love, life and happiness, and they should be reminded about that every single day so that they hate their bodies and criticize themselves cooped up in their rooms?

That is not even the beginning of the end of problems. Experts have confirmed that body image issues can have far-reaching real-time consequences—one of them being the negative effects they put on an individual’s sexual health and romantic relationships. Because of the constant bullying and fat-shaming during my adolescent years, I have always felt conscious of the way people, especially a prospective partner might look at me, and this feeling has stopped me from opening up to them.

Also read: What’s All The Fuss About Responsible Representation In Media?

Moreover, along with all these insecurities, we are then introduced to apps like AirBrush, YouCam, Perfect365, and various other so-called ‘make-up’ applications that allow their users to ‘resize’ their faces, remove facial blemishes and freckles, ‘restructure’ their noses and so on. And these apps feed on people’s insecurities and even monetize from the same. Also, the most obvious factor which enables such apps to profit from people’s insecurities is the social media culture, where the number of ‘likes’ you receive on your pictures decide if you are ‘beautiful’ or not.

Also read: In Conversation With Niharika Singh: Caste, Representation And Feminism In Bollywood

So where exactly does all this end?

The issue of body negativity resides within an ecosystem which is nurtured by pop culture as well as social media. If we wish to bring about an actual change, it has to begin with us. To do so, we just don’t have to educate ourselves, but we also need to un-learn the problematic body ideals that we have been practising since time immemorial. Because, at the end of the day, we can preach about body positivity all we want, but unless and until we unsubscribe from the traditional and problematic notions about ‘beauty’, the issues around body image are here to stay. 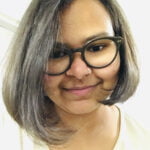 What Is The Link Between Economic Policies And Women’s Rights?