CultureCinema Rasbhari Review: The Problematics Of A Series Trying Hard To Teach About Female Sexuality

Rasbhari is based in Meerut, with overt references throughout the show reminding us of its conservative people. Shanoo (Swara Bhaskar), an English school teacher is sexualised by her students Nand and his friends (all of 16-17 years of age, considering they are shown as in the eleventh standard), who lust after her and want Nand to “open his account” meaning losing his virginity to her.
By Grishma Trivedi Jul 20, 2020 5 min read

Amazon Prime released an original eight episode series titled Rasbhari, directed by Nikhil Bhatt in June this year, just days after its trailer was launched. It seemed that the streaming giant, which often publicises about every show/movie launched on the platform, chose to remain rather silent about Rasbhari. Yet, within days of release, Rasbhari kicked up a storm on social media. Some called the show feminist and a progressive representation of the female sexuality, while the other half of the audience found it opportune to target Swara Bhaskar, the protagonist of the series, for pretty much the same reason – for removing the shroud from over female sexuality.

Rasbhari is based in Meerut, with overt references throughout the show reminding us of its conservative people. Shanoo (Swara Bhaskar), an English school teacher is sexualised by her students Nand and his friends (all of 16-17 years of age, considering they are shown as in the eleventh standard), who lust after her and want Nand to “open his account” meaning losing his virginity to her. Meanwhile, the women in the town are threatened by Shanoo, as rumours spread that she is seeking to have sex with men other than her husband, who has to often go away for days together for work. She becomes the object of lust and desire among the men.

The series tries hard to portray a progressive messaging, especially with simultaneous narratives from Shanoo’s childhood also shown to drive home the point. Yet, when it comes to overt portrayal of women, especially Shanoo, the male gaze employed in the camera work shows – as it traces the deep-cut blouses of Shanoo, how she bites her lips etc., sexualising her more. It could however be argued that the filmmaker is defining the gaze of the “conservative” people in Meerut to look at Shanoo/Rasbhari, nevertheless.

In the series, while Shanoo’s husband eventually narrates to Nand how she has Dissociative Identity Disorder (DID), previously known as multiple personality disorder, that is the existence of two or more extreme and quite distinct identities within the same person’s body, it is not quite established in the series if Shanoo has the disorder or not. For all one knows, as the audience would have definitely felt towards the end of the series, Rasbhari is a front created and nurtured by Shanoo who had to repress her sexuality because it would have been a taboo is small towns and villages to be open about the same. For instance, a Livemint article that reported on how women in rural India navigated their sexual desires in the face of prejudice, one of the respondents said: “When we talk about the stomach’s craving for food, why do we pretend there is no shareer ki bhook (physical desire)?”

While Shanoo has a job as a school-teacher, the story of Rasbhari is that she is the spirit of a sex worker from Lucknow, says and does everything the society wouldn’t approve of and doesn’t shy away from owning her sexual desires. When Shanoo turns into Rasbhari, the common imagery that is invoked is that of ‘Savita Bhabhi’, the iconic Indian pornstar.  Rasbhari is a threat to the society, and thus, is viewed as a ghost that needs to be exorcised or a disorder which needs to be treated. When Outlook asked her about Rasbhari’s character, Bhaskar said, “Maybe all the rational explanations that we are trying to find around it, they are just ways to deal with the fact that Rasbhari’s character is actually a part of female sexuality which is repressed by the larger society that we live in.”

Rasbhari however is not devoid of its problematics. And there’s a fairly large share of the same. The two elaborate scenes where Rasbhari is shown pursuing Nand – who, one, is underaged and two, is her student and therefore established a power-dynamic between the two – could lead Rasbhari/Shanoo to be jailed under the Protection of Children Against Sexual Offences Act (POCSO). Another scene where Rasbhari kisses both Nand and Priyanka, and then leave them both to make out with each other, is another problematic scene. Nowhere does the scene establish the enthusiastic consent of Nand and Priyanka to being kissed by Shanoo/Rasbhari, and that also, will be seen as an offence under Section 375 of the IPC, in addition to the charges under POCSO. Just because Rasbhari is focused (and frankly, trying too hard) to assert on the sexual liberation of an Indian woman within conservative spaces, should it have anywhere meant that it did not take other very important aspects such as consent, for one, seriously?

Given how the guru-shishya relationship that we have been conditioned to believe in asserts that the teacher’s position is sacrosanct and knows what is best for the students, it trains the students to never question their actions or intentions and believe that they are right. We see Priyanka and Nand follow the same analogy in this scene.

There is a scene in the series where a little girl is dancing in a party organized in a house while the group of men who are drinking there, look at her. A woman in the scene is heard saying, “It is important for women to know a little bit of dancing as it will help a woman to seduce her husband.” Central Board of Film Certification chairperson Prasoon Joshi tweeted how he was “saddened” by this “irresponsible” scene. Bhaskar responded, pointing out the irony, that, “the scene actually critiques the idea of sexualising a little girl whose dance is innocent in itself”.

Rasbhari is a commentary on what the persistent villainising of a woman who is in control of her sexuality and sexual needs could lead to. Swara Bhaskar as Rasbhari is an acting powerhouse and delivers an outstanding performance. Ayushmaan Saxena as Nand Kishore Tyagi, Neelu Kohli as Pushpa, his mother are also impressive actors. Rashmi Agdekar as Priyanka is a treat to watch on-screen. Yet, while being on the path of progressive feminism, the end of Rasbhari brings it to where it began and cancels out on all the things it was set to achieve, because progressive cinema cannot just buttress one cause and while at it, stomp in the hearts of the other even more relevant aspects of sexuality. 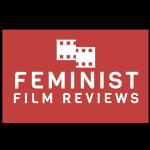