Amongst the many female literary figures who emerged in the 20th century, Lila Majumdar is celebrated across Bengali households for her
By Anusha Wani Aug 6, 2020 5 min read

Amongst the many female literary figures who emerged in the 20th century, Lila Majumdar is celebrated across Bengali households for her distinctive stories. Even though the Bengali Renaissance movement brought with itself some unique cultural, social and intellectual advances, it remained largely male-dominated in its approach. Being born within extraordinary literary luminaries of the Ray family, Lila Majumdar made a name for herself in the world of Bengali literature.

Although she is often remembered for her extraordinary children’s stories, her creative musings as an adult novelist, detective and supernatural story writer, illustrator and a cookbook author all make her a versatile writer.

Lila Majumdar was born in a rented house at Sakia Street on 26th February 1908 to Surama Devi and Pramada Ranjan Ray, the younger brother of noted writer Upendra Kishor Roy Choudhari. Hailing from a well-known Brahmo family, she was privileged enough to access formal education, something which was rather difficult for the lower caste women of that time.

She spent the early years of her childhood at Shillong, a British hill station where her father was placed for work. She began her schooldays at Loreto Convent School until her family decided to move back to Calcutta. Upon her return, Majumdar joined St. John’s Diocesan School, from where she shone as a student and stood second in her matriculation exam among the girls. Later, she joined the University of Calcutta to pursue English Literature and stood first in both her honors and Master’s exams becoming a gold medalist.

She then went on to become a teacher at Darjeeling’s Maharani Girls School but left her position shortly, after she was convinced by Rabindranath Tagore to join Shantiniketan. Her book Ak Bochorer Golpo encapsulates the experiences of her life in Shantiniketan as a teacher. She also shortly worked as a teacher at Ashutosh College and later joined the All India Radio where she worked as a producer and ran a program answering questions by young children.

Work as a Writer

Throughout her career as a writer in Bengali literature, she wrote as many as 125 books including a collection of short stories, five books under joint authorship, 9 translated books and 19 edited books.

While still a teenager, Majumdar published her first story Lakkhi Chhele in Sandesh, a celebrated children’s magazine founded by her uncle Upendrakishore. With time, she expressed an interest in literature and published her first children’s book Baidyanather Bori (Baidyanath’s Pill). However, it was her second book Din Dupure (Midday) that received critical acclaim and brought her to fame in the literary circles.

It was around the 1960s that Lila Majumdar began working on what would become her most famous work, a comical drama called Bok Badh Pala (Death of the Demon Bok) for which she later won the Sangeet Natak Akademi Award. She has also been awarded the Government of India’s Children’s Literature Award, Ananda Awards amongst many others. One of her novels, Padi Pishir Bormi Baksho (known as The Burmese Box) which Satyajit Ray had plans to film, was later adapted into a film by Arundhati Devi.

In 1963, she took retirement from the All India Radio, and along with her nephew, Satyajit Ray and cousin Nalini Das began managing the Sandesh magazine as a joint-editor. After their death, she remained the only editor of the magazine and eventually chose Sandeep Ray as her substitute.

Lila Majumdar’s stories were loved for their humorous tone and the ease with which she captured the everyday realities of domesticity. She also wrote an incredible variety of adult novels, poems, memoirs and cookbooks giving her readers some timeless stories to cherish. Beyond that, she was a painter, illustrator and also translated many prominent English pieces like Shakespeare’s plays, Jonathan Swift’s Gulliver’s Travels, and Ernest Hemingway’s The Old Man and the Sea into Bengali.

For a special Mahila Mahal (Women’s Section) series in All India Radio, Majumdar wonderfully crafted the character of Monimala, an ‘ordinary girl’  whose grandmother writes to her when she turns 12, until her marriage and motherhood. The character resonated with the masses as it dealt with the everyday realities of women in a typical, middle-class Bengali family.

Her adult novels were mostly light and funny, focusing on themes of domesticity and everyday-ness,  yet reflected on a deeply complex Bengali culture. However, her work stands out because she gave a magical touch to all her stories. She created some remarkably strong female characters which garnered a massive wave of acclaim and popularity both amongst literary figures and readers. In her stories and illustrations, she managed to build an endearing world for children altogether. Her vivid imagination and humorous plot-lines welcomed an audience of all hues and kind making her a leading writer of children’s fiction in Bengali literature.

Her autobiographical sketches and memoirs, Pakdandi and Aar Konokhane gave the reader an exceptional insight into her life, the latter of which also won her the Rabindra Prize. In Pakdandi, she unapologetically narrates the story of her inter-caste marriage which led her beloved father to cut all ties with her.

In 1975, she went in to live in Shantiniketan permanently and met Ajeya Ray, who had a deep influence on her life in the later years. She passed away on April 5, 2007 in Kolkata at the age of 99 after a period of long illness.

In many ways, Lila Majumdar’s feminist exploration of Bengali culture through creative and thoughtful literary pathways of words, paintings, and food has led us to change the way readers see children’s fiction and literature. Many of her works in Bengali are still in the process of being translated so a larger readership is able to delve into the unparalleled and witty worlds that she built through her words. 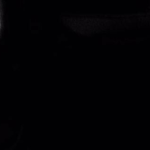 On Body Image, Killing Looks and Loving Yourself