IntersectionalityFeminism 101 Women In STEM: In Conversation With Dr A Mani

Dr A Mani is presently a research scientist in algebra, logic, and rough sets at ISI Kolkata, and a senior member of the International Rough Set Society. She was with HBCSE, TIFR until recently, and is also a prolific feminist, and a lesbian rights activist.
By Manthan Dec 14, 2020 4 min read

To have a career in academia, women have always had to face institutionalised challenges to establish themselves. The times are tougher than usual when women academics while playing many different roles, such as supervisor, educator, researcher, spouse, parent, relative, friend, and others; are taking up extra responsibilities and coping with the work-from-home conditions due to the pandemic.

This article is in conversation with Dr A Mani, who talks about intersectionality and how the level of engagement matters in the representation of issues surfaced during the pandemic. Dr A Mani is presently a research scientist in algebra, logic, and rough sets at ISI Kolkata, and a senior member of the International Rough Set Society. She was with HBCSE, TIFR until recently, and is also a prolific feminist, and a lesbian rights activist.

How are you adapting to the “new normal” of working conditions during the pandemic?

Dr A Mani: Adjusting to the new normal required some effort. Apart from research papers in rough sets/allied areas, I am writing a monograph on ‘general rough sets for education research’, and editing (as well as writing major parts of) a volume on ‘Gender and STEM’. I also organised an online symposium (FVRM’20) on rough sets and mereology as part of FEDCSIS in Sofia, Bulgaria, which did not see enough participation because of the pandemic. I was also in a number of meetings on STEM policy. Other than this, I am trying to improve my schedule and other things.

The general notion regarding non-experimental work would be that it should remain theoretically unaffected by social distancing measures; however, did theoretical work pose any challenges for you during the lockdown?

Dr A Mani: Although research problems are always exciting and I’m used to working alone, dealing with collaborative work (including a book that I’m working on) took more effort in the absence of physical interaction as online interaction is relatively exhausting. The isolation resulting from the pandemic definitely had an effect on health, routine and momentum of research work, or maybe I was trying to do too much. I must add that lockdown fatigue did affect the pace of academic work over time.

One of the evident challenges for academics in the pandemic has to be of online teaching, how was your experience?

Dr A Mani: I did teach online for about three months until some time in July 2020 at HBCSE, TIFR. One course was on ‘General Rough Sets for the Learning of Science’ of which the last part was online, the other was on ‘Gender and STEM Praxis’. The students, PhD students, researchers, and faculty; were very enthusiastic despite the limitations of the online environment. However, connectivity and stability of the network was still an issue for some.

On a more personal note, how did you manage your hobbies during the lockdown?

Dr A Mani: I am a free software activist, and I also take an interest in creating hardware. But I had so many other things to complete, I could not find enough time for it. I did do an epoxy project and have fixed, beautified a number of things. I made chocolates too.

Being an LTQ (lesbian, trans) woman in science, what efforts did you have to make to sensitise colleagues and students in your workplace?

Dr A Mani: I have had to communicate about the basics of gender and sexuality, and sensitise people about issues in the past and have also written articles about the same. Because I identify (on the binary) as a woman, I don’t face any issues usually. In this year itself, I delivered two talks at IISER Pune and HBCSE, TIFR on Women’s day. Interestingly, at least one trans woman at IISER found my presence empowering. HBCSE is an inclusive institution, and I did not encounter any LT phobia. In most other places in India, the situation is certainly poor.

Being a senior member of multiple societies, what are your views regarding the functioning of science societies in general? Moreover, what role could these societies have played to curb the detrimental effects of the pandemic on the participation of women?

Dr A Mani: The key solution here is policy changes – however, unfortunately, these matters do not see the light of the day during discussion sessions themselves. It is also disappointing to see that these societies openly undermine and trivialise operating procedures: their apathy towards inclusion and diversity extends to social sciences itself. These societies could have played a more proactive role during the pandemic by organising more online workshops, events, and short-term projects for specific groups. However, accessibility and connectivity would have still remained an issue.

What about grassroots-level initiatives?

Dr A Mani: It is essential for science communicators to also focus on gender diversity and the inclusivity problem– after all, these factors are interconnected and cannot be picked apart while attempting to communicate matters to the public to foster a sense of awareness. It should be noted, though, that the existence of gender-divide and lack of inclusion is sustained by mechanisms of systemic brainwashing, sick sentimentality, and whatever passes off as religion.

Also read: Women In STEM: A Scientist Recounts The Discrimination She Faced At Workplace

What is your advice to early-career women and LGBTQ+ researchers?

Dr A Mani: It is important for them to take notice of feminist principles and their application in everyday life (including in academic situations). It is important to not only read and understand issues from dedicated feminist fora but also be ready to confront day-to-day conflicts with an optimal level of assertion. 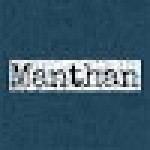 Hisaab: The Price We Pay For Menstrual Bleeding Every Month

Menstrual Cups Are Great, But Even They Require Resources