These rulings in 2020 have paved the way for the executive and the legislature to take up steps to uphold women's rights in the country.
By Vanita Bhatnagar Dec 28, 2020 6 min read

As we know, 2020 has been a year of precarity with devastating losses and looming despair. This year has not only exacerbated our existing vulnerabilities but has also confronted us with the eternal fragility of humanity.

In a country where justice is considered anyway elusive, covid-19 has posed an arduous challenge for the judiciary to keep the ball rolling. However, it is not all gloom; our judiciary despite working in limited capacity has given us a few landmark rulings to cheer. These rulings have gradually but certainly chipped away antediluvian & absurd norms that have long safeguarded the tenets of patriarchy and kept women on the hem.

These rulings have paved the way for the executive and the legislature to take up steps to uphold women’s rights in the country. However, there might be certain underlying issues which remain unaddressed. Nevertheless, these are the first few significant steps.

In the landmark judgment of Vineeta Sharma v. Rakesh Sharma (2020) the Supreme Court held that daughters have equal coparcenary rights in Hindu Undivided Family (HUF) property. The court held that this right arises by taking birth. So when a daughter is born, she also steps into the coparcenary as that of a son. However, a daughter born before can claim these rights only with effect from the date of the amendment, i.e., September 9, 2005, with saving of past transactions as provided in the proviso to Section 6(1) read with Section 6(5). Further, the court also clarified that since the right in coparcenary is by birth, father coparcener doesn’t need to be living as on 9.9.2005.

The Supreme Court in The Secretary, Ministry of Defense v. Babita Puniya and Ors, ushered for transformative constitutionalism by breaking gender stereotypes in Indian Army. The court said that all women army officers are eligible to be appointed in commanding roles and are also entitled to permanent commissions. The Court further said the submissions made by the Ministry of Defense, “are based on sex stereotypes premised on assumptions about socially ascribed roles of gender which discriminate against women. Underlying the statement that it is a “greater challenge” for women officers to meet the hazards of service “owing to their prolonged absence during pregnancy, motherhood and domestic obligations towards their children and families” is a strong stereotype which assumes that domestic obligations rest solely on women.” The Court held that such notions are flawed and are in clear violation of Article 14 of the Constitution of India. This judgment shall always be celebrated which paved the way for gender equality in defence services.

3. Reproductive Choice of Woman Is a Fundamental Right

In State Of Rajasthan vs S a minor girl was sexually assaulted whereby, she unfortunately conceived. She made a petition seeking permission for termination of pregnancy. The medical board was of the opinion that there was no serious threat to the mother if the pregnancy is terminated. However, the Single Judge Bench of the High Court (Rajasthan) held that the fetus in the womb has right to life as enrished under Article 21 of the Constitution of India. When the matter was appealed to the division bench, the bench set aside the impugned judgment and held that, “There is no doubt that a woman’s right to make reproductive choices is also a dimension of ‘personal liberty’ as understood under Article 21 of the Constitution of India. It is important to recognise that reproductive choices can be exercised to procreate as well as to abstain from procreating. The crucial consideration is that a woman’s right to privacy, dignity and bodily integrity should be respected. This means that there should be no restriction whatsoever on the exercise of reproductive choices such as a woman’s right to refuse participation in sexual activity or alternatively the insistence on the use of contraceptive methods.”

While the Gujurat High Court was adjudicating an acquittal appeal in State of Gujarat v. Rameshchandra Rambhai Panchal, the court observed that the two-finger test conducted during the course of medical examination is unconstitutional. The court observed that the two-finger test (also called ‘PV’ – Per Vaginal) in which the doctor puts two fingers inside a woman’s vagina to examine whether the victim was sexually active or not is one of the most unscientific and intrusive methods of physical examination. Two-finger test has no forensic value in the context of sexual assault. The court further held that “Whether a survivor is habituated to sexual intercourse before the assault has absolutely no bearing on whether she consented when the rape occurred. Section 155 of the Indian Evidence Act, does not allow a rape victim’s credibility to be compromised on the ground that she is “of generally immoral character. The two finger test is unconstitutional. It violates the right of the victim to privacy, physical and mental integrity and dignity. Thus, this test, even if the report is affirmative, cannot ipso facto, give rise to a presumption of consent.”

5. Sexual Harassment At Workplace Is An Affront to Women’s Fundamental Rights

In Punjab and Sind Bank & Ors v Mrs Durgesh Kuwar, the apex court while rescinding a transfer order of a woman bank employee who had alleged sexual harassment by a senior colleague held that, “sexual harassment at work violates women’s fundamental right to equality, their right to live with dignity and to practise any profession.”

In the matter of Bhuvaneshwari V. Puranik, the deceased government employee had a son and a daughter. The son denied the appointment and the claim made by the daughter was rejected on the grounds that she was married. The Karnataka High Court held that such rules which create division based on gender by permitting a married son but denying a married daughter are discriminatory and unconstitutional. The court held that, “Marriage does not determine the continuance of the relationship of a child with the parent, whether son or a daughter. Son continues to be a son both before and after marriage and a daughter also should continue to be a daughter both before and after marriage. This relationship does not get affected because of marriage.”

7. Prostitution is not an offence; Adult woman has right to choose her vocation

In Kajal Mukesh v. The State of Maharashtra, the Bombay High Court held that prostitution is not an offence under Immoral Traffic (Prevention) Act, 1956. As per the Act what is punishable is the sexual exploitation or abuse of a person for commercial purpose. The court held that an adult woman has the right to choose their vocation while setting free three sex workers who were detained from a women’s hostel in Uttar Pradesh.

8. Person Cannot Be Denied A Legitimate Right Only Because They are A Transgender Person

In Hina Haneefa v. Union of India a trans woman, challenged Section 6 of the National Cadet Corps Act which considers only males and females to be eligible for enrollment. The Kerela High Court observed that this is discriminatory and against the state’s transgender policy and said that “a person cannot be denied a legitimate right only because she is a transgender (person).” The court has asked the NCC unit of the University College in Thiruvananthapuram to keep the seat vacant until the matter is finally disposed of.

9. Transgender Persons to be a separate gender category in Prison Statistics Report

In a recent matter of Karan Tripathi v. NCRB & ors, the Centre government informed the Delhi High Court that trans people will be now included as a separate gender category in Prison Statistics report prepared by NCRB.

10. Family Can’t Force A Woman To Get Married

Effective feminist interventions into legal frameworks are necessary to reclaim these spaces.

Also read: 14 Powerful Journalists Who Spoke Truth To Power In 2020

Research tells us that women may be left with little option but to resocialise their own values or suitably self-govern their online presence to live within hyper-visible lakshman-rekhas (lines of propriety in women’s conduct that must not be crossed) of performative online modesty. Misogyny in digital spaces directly impact women’s rights with consequences for their physical, emotional, mental, economic, reputational, and aspirational lives.

Disclaimer: This list is not exhaustive and suggestions are welcome in the comments box below. 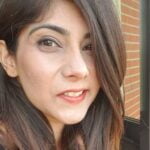 Vanita Bhatnagar is a lawyer and Director (Operations & Research) at She For Change.  She writes extensively on building inclusive workplaces, gender issues, social inequalities, and public policy. She has written for publications like Live Law, The Logical Indian, The Better India, and The WittyFeed

We Need To Start Discussing Sexual Harassment In The Classroom