Published by Zubaan Books, Doing Feminisms in the Academy is divided into five sections each of which uses autoethnographic framework to describe ways in which the academy ignores, silences, excludes, and discriminates against its marginalised communities.
By Kirti Goyal Jan 11, 2021 4 min read

It is no novel observation that feminists have a long history of difficult relationships with institutional(ised) structures of power, but their existence within one such set of power relations, the academy, hasn’t received much scholarly attention. It is this gap in the contemporary feminist scholarship that Doing Feminisms in the Academy attempts to address through an extraordinary initiative. An edited volume of “autoethnographic” accounts/essays by feminist academics from the University of Edinburgh, UK, and Ambedkar University, Delhi, Doing Feminisms in the Academy is the result of a successful partnership between the bodies of UKIERI (UK-India Educational Research Initiative) and UGC (The University Grants Commission) on a two-year long and collaborative project. This project, titled Teaching Feminisms, Transforming Lives, not only initiated conversations on the practice of “ethics and [the] politics of doing feminisms in the academy”, but also acted as an impetus for the participants to undertake an exercise in ‘autoethnography’ themselves– a qualitative research practice that makes use of personal experiences to investigate a larger socio-cultural and political phenomenon.

Published by Zubaan Books, the book Doing Feminisms in the Academy is divided into five sections and each one uses the autoethnographic framework to describe the ways in which the academy ignores, silences, excludes, and discriminates against its marginalised communities. With a small introduction to women’s movements in India and the UK, and to the emergence of women’s studies as their intellectual arm, the first section of Doing Feminisms in the Academy situates the rather eventful trajectory of women studies’ departments in a historical context. It provides a useful background in the thematic concerns of the autoethnographic accounts/essays that follow later and relates the powerful influence the neoliberal market and the state command(ed) over the women’s studies as a relatively new field of enquiry in the academy.

The second section of Doing Feminisms in the Academy engages with feminist academics’ experiences with ‘institutional pedagogies’, while the third one reflects on the usefulness of the analytical category of ‘gender’ for other allied fields. Lastly, the fourth and fifth sections deal with the cluster of chapters on “pedagogies of identity and difference” and why it is important to decolonise feminist research methodologies for a truly liberatory feminist politics. Through a situated and self-reflective perspective, they all foreground the intersectional nature of identities and how its lack of recognition (or misrecognition, for that matter) by others leads to “epistemic exclusion” and “recolonisation of academic spaces” for the minorities.

One of the pleasures of reading Doing Feminisms in the Academy is that it does away with easy assumptions about what it means to be a feminist or to do feminisms in the academy. Its essays are an immersive read and offer the readers a chance to analyse practices that generate meaning and influence knowledge production in the academia. The case in point is Kanchana N. Ruwanpura’s discussion about her experiences with the reinforcement of UKBA’s immigration policies at the University of Edinburgh and Meryl Kenny’s description about the work involved in developing a gender course outline through a collaboration between her students, faculty, and staff. Their conscious decision to include email screenshots, film posters, and student feedback in their autoethnographic essays not only supports their arguments with “evidence”, but also allows for an active practice of ‘feminist hermeneutics’ which is uncommon for texts geared towards an academic analysis.

Similarly, Abdul Rahman’s short essay in Doing Feminisms in the Academy makes for an interesting viewpoint as he raises some difficult questions about ‘ideal subjects’ envisioned to study and do feminism(s) in the academy. His arguments debunk the commonly held beliefs about feminism and point out the manner in which feminist practitioners also tend to become gatekeepers of knowledge and contribute towards others’ marginalisation in the field of women’s studies.

To conclude, the status of women’s studies in contemporary times can be located between the poles of ‘hopeful crisis’ and ‘crisis of hope.’ From institutional setbacks to its original agenda to its assimilation by the neoliberal higher education economy, the complicity of this discipline in the perpetuation of exclusionary pedagogical practices hasn’t been without criticism. In light of the same, therefore, it is necessary to point out that Doing Feminisms in the Academy’s honest and critical appraisal of doing feminisms in the academy is not just timely, but also a gentle reminder that the academies can and should do better to support their marginalised communities. This imperative takes on an additional import in the face of unforeseen adversities like a COVID-19 pandemic which has not only exposed stark inequalities between students from different socio-economic groups but has also made them markedly worse through the phenomenon of ‛digital divide’.

The lack of access to institutional resources and the apathy of system that drives students like Aishwarya Reddy to suicide only highlights the urgency with which concerns of marginalised communities need to be addressed. And that there is no better time to begin this work than right now is Doing Feminisms in the Academy’s simple message. 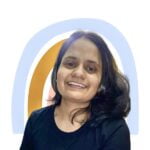 Kirti is the Founder & Editor-in-chief at www.contuct.co. She’s on a mission to disrupt the B2B SaaS content marketing industry and writes on gender in her free time. Reach out to her at contuctkirti@gmail.com.