Ritwik Ghatak's Subarnarekha, released in 1965, has women too real to be romanticised, and casteism which spares neither the dead nor the alive.
By Ankita Apurva Feb 8, 2021 5 min read

“I do not believe I have any right to practice art if I cannot articulate the present crisis of our country in some form”, wrote Ritwik Ghatak in his essay ‘Human Society, Our Tradition, Filmmaking, and My Efforts’, while writing about his movie Subarnarekha. A movie which has women too real to be romanticised, and casteism which spares neither the dead nor the alive. This article attempts to decode the nuances in the film on the occasion of Ritwik Ghatak’s death anniversary, which was on February 6.

In one of the initial scenes in Subarnarekha, a young, fiery reporter states, “Working for a newspaper is a chance to serve the country.” Towards the end of it, however, the journalist has lost his ambitious nature. And the protagonist who happens to be a woman, her life. Often, individual ambitions and life are not organic in nature. They lay not in existence, but rather in reflection and resistance, an outcome of circumstances rather than their mere being.

Subarnarekha opens with contemporary violence and bloodbath, entangled with patriarchy and casteism which have agonisingly stayed permanent. Often history books written by dominant-caste males tend to turn the suffering of people into data, and end up not only diminishing but also dehumanising the trauma that the marginalised people face solely because of their identity. Ritwik Ghatak with his multilayered narratives, subtle leitmotifs and perniciously pensive precedents in Subarnarekha, reflects on this hypocrisy. Like in the scene where Sita tells Abhiram that she would kill herself before asking money from her brother, which she ultimately does later.

The references to mythology are subtle, yet profound in Subarnarekha. The foundry manager whose daughter had left, exiled away from him on account of her love life, meets Sita on the abandoned land left by the troops. The troops earlier used it as an airbase. Now that they are gone, the land would never be used the way as before. A time that would never come back to that place. But are all wars with outsiders? What about the wars within? The foundry manager narrates to the young girl Sita the story of the mythological Sita, for whom the land had opened and taken her in. That Sita had a ‘God’ in her life. She had to leave because of the patriarchal conditioning and the control of imposed chastity. Subarnarekha‘s protagonist Sita has to do the same. She kills herself and falls on the ground, for the ‘Ishwar’ in his life. Ritwik Ghatak was not a stereotypical traditionalist. Thus, it can be concluded that these are particular manifestations of how societies even when they evolve, implement the subjugation of women.

Subarnarekha also depicts how two diligent, and learned people from differing caste backgrounds have different realities. When Ishwar Chakraborty had lost everything, his casteist, Brahmin friend had extended him support, and Ishwar, a college-educated guy, was able to secure his life as well as that of the remaining of his blood and adopted family. However, when Abhiram from the Bagdi Dalit community, who had passed college with Honours degree, lost everything, he didn’t have caste networks to back him up and the casteist friend of Ishwar asked him to disown Abhiram. As a kid, Abhiram was ousted from the Brahmin refugee colony and had lost his mother, and as an adult, he was denied the dignity of a family and an accepted marriage. The only job his friend could guide him on, was of a driver, and while there is no doubt that drivers work hard, Abhiram had educated himself for other avenues. Also, to secure the job of a driver, Abhiram had to go through multiple trainings and tests, while Ishwar’s Brahmin caste networks ensured that he had a job, a house and helpers, all without him taking any extra training or test.

In Subarnarekha, Sita and Abhiram’s life had always been safeguarded by Ishwar’s caste networks. However, the moment they took a stand to marry intercaste as with the constitutional norms, they were ousted by the same system which earlier considered them to be an elite part of it. The way their previous countries did. A forced exile of people, be it from the geographical boundaries of the country, or of the thresholds of homes; where you are forced to leave everything you had always considered yours. Crisis has a gender, calamity has a caste. And our private lives, are not always internal matters.

In Subarnarekha, Sita, be it before or post marriage, was not free. The same Abhiram with whom she used to earlier sing freely on the ground, was now uncomfortable with her singing before people. Both Sita’s brother and husband loved her, till she obeyed them and spun her life around them. The moment she turned into an individual, she faced resistance, even violence. Her brother felt that his ascent to the society would be affected if his sister marries a Dalit. Here, in Subarnarekha, Ritwik Ghatak exposes the hypocrisy of the Bhadralok, who despite having been at the receiving end of the inhumane refugee crisis, enforced a patriarchal and casteist capitalism that surrendered to social orthodox practices and exploited their own familial lines.

Throughout Subarnarekha, the Brahmins were referred to using their names, while the Dalit woman was referred to using her caste name, not only by others but forcibly by her own self. Both in her life as well as in her death. Meanwhile, due to lack of access to caste-class privilege, the foundry labourers worked wearing dishevelled clothes, while the owner of the foundry was on Europe tours.

As influenced as Ritwik Ghatak was by Carl Jung, his works reinforce Carl Jung’s theory of the ‘collective unconscious’. To our generation where forced mass migrations, and authority-approved, in fact, authoritatively-forced ethnic cleansing is on the rise along with an ever-accelerating societal inequality, Ritwik Ghatak has long left for us his art, like Subarnarekha, to reflect not only on the world but also on our own selves. Or as he had written, “The first casualty of that is our sensitivity. It has been gradually benumbed; and I wanted to strike at that.” 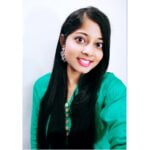 COP26 Or 26th UN Climate Summit aka The Toxic Ex That Promises To Do Better, But Doesn’t

‘Examining My Caste And Its History Is Eye-Opening’: A Personal Essay On Casteism And Ancestry