Budget-ing Unemployment In Times Of Pandemic: Union Budget 2021 And MGNREGA

Contrary to the demand and need of the current socioeconomic conditions, the MGNREGA scheme found itself to shrink and retrenched in terms of the share of the huge budget pie that it received for year 2021.
By Anmol Ratan Feb 10, 2021 6 min read

What seems to be a never-ending fight against the COVID-19, India, much like its other counterparts, is seeking recourse, respite and a potential exit strategy from this pandemic. To assuage if not completely eradicate economic depression and what has been the contraction amongst the world’s major economies, the Union Ministry of Finance proposed an annual budget like never before.

While 2020 was characterised by corporate practices of work-from-home, zooming and uncountable social media challenges, it is important to note that the year went by did disrupt livelihoods and took lives of those who did not have anything in terms of social security throughout this extremely vulnerable period. The union budget 2021, unfortunately, seemed to have turned a blind eye to the needs of employment, labour, work, food, water, sanitation and much more. Thus, it was not just essential but indispensable to influx revenue and capital into social security programmes such as Mahatma Gandhi National Rural Employment Guarantee Scheme (MGNREGA) to make ends meet for those who have been affected by the pandemic.

Contrary to the need, the MGNREGA scheme found itself to shrink and retrenched in terms of the share of the budget that it received for this year. As per the budget, about INR 73,000 crores have been allotted to the MGNREGA Scheme, which is a drastic cut from the INR 1,11,500 crore that was recorded to be spent last financial year (2020-21). Similarly, even the share of food subsidies has been reduced from as much as INR 4,22,618 crores (in 2020-21) to INR 2,42,836 crores this year.

Being a potent site for parliamentary scrutiny, the political debate as well as social discourse, the union budget effectively sets the tone for the forthcoming financial year in terms of sectoral as well as the economy as a whole. While the emphasis was particularly remedial, given the extensive impact of the pandemic on the society and economy, some implicit cuts made headlines the very next day, one of them being the curtailment of funds to MGNREGA.

With its evident neo-liberal alignment as well as fiscal conservatism, the 2021-22 union budget has managed to garner a mixed bag of reactions and responses from the entire sociopolitical diaspora. The threat of privatisation and disinvestment ran through the very fabric of this year’s budget proposal as well as the subsequent Parliamentary address by Union Finance Minister Nirmala Sitharaman. While the budget was surely music to the ears to those seated in the secure havens of the stock market, private businesses and mounting capital, those who were stuck in the labyrinth of rural and informal sectors of our wounded economy heard the real cacophony. The ministry and perhaps the government has blatantly forgotten to pay any heed to what had first marked the beginning of COVID-19 pandemic in India, the unfortunate migrant exodus.

While the Union Budget touched upon multitudes of issues from real estate investment, privatisation of railways and ports to the healthcare pillar, the perturbed issue of rural employment or rather unemployment, was met with a deafening silence from the Parliament and the government. There was no mention of the evident rise in income inequalities since the onset of the pandemic.

Touted to be the world’s largest employment guarantee program, MGNREGA guarantees at least 100 days of paid labour. History of independent India bears testimony to the fact that MGNREGA is the only initiative that has managed to generate more rural employment than any other public, private or government scheme. First started as a social security program to provide wage employment on demand to 200 districts which was later extended to the all of India, MGNREGA was claimed to be a watershed moment in the history of Indian economy.

Aimed at alleviating unemployment, poverty and its correlates as well as for providing some social sanctions and securities, the scheme tended to structurally change the Indian economy and was successful in doing so to a certain extent. With time, the scheme has attracted a fair share of dismay, critiques as well as opposition. The scheme has now been invariably challenged for being senile and innocuous to its set agendas and goals. Does it serve its purpose of guaranteeing employment to India’s poorest? Is the scheme efficient enough to tackle large-scale rural unemployment? Such questions along with the volatility of our political environment to the scheme have surely reframed the debate on MGNREGA and its viability in today’s time.

Irrespective of the foundational as well as functional contentions raised against it, MGNREGA has never been more important than today. Being the only subsisting alternative, the scheme is surely an elixir to many people in times of such heightened vulnerabilities and socioeconomic upheaval. The challenges of rural unemployment have only grown and aggravated with time, becoming an extremely pressing issue in need of a solution.

Data released by the Centre for Monitoring Indian Economy (CMIE), shows the rising trend of unemployment rates ever since India went into its first nation-wide lockdown. By restricting the movement and free-flow of labour, COVID-19 has manifestly turned the Indian labour market dynamics on its head, so much so that reverse migration has become a norm and a cause of economic and industrial stuntedness. In a survey conducted Pan-India, approximately 87% of self-employed respondents claimed to have lost their jobs which were highest among those who were engaged in casual and informal labour in rural areas. In times there is a need for a better mechanism to address the issues of rising unemployment and thereby growing poverty scales and inequalities.

The heavy dependence on MGNREGA shows that in times of rising unemployment in the nation, the government ought to have pushed the scheme to a greeted extent. The scheme could have extended the duration/period of guaranteed work (from 100 days) by taking into consideration that economic upheaval of last year.

While it is appreciated that the budget accounts for better healthcare infrastructure and a much more robust vaccination program guided to fight the pandemic, there was a need to look beyond the veil to address the issues of the marginalised communities. Furthermore, with the senility of labour laws and lack of any kind of guarantee from the state’s side, people from the rural and informal sectors are unjustly getting the short-end of the stick. Standing at the intersection of socioeconomic identities, it is no surprise that the budget and its lack of concern for employment will impact people from Dalit and Bahujan communities at large.

While it is now evidently clear that MGNREGA fails to discover, recognise as well as address the differential experiences of women in the informal workforce, the budget cuts further drives women to the periphery of the scheme’s interests. Since the amount drastically reduced, the share of women as a collective is bound to plummet and decrease. Given the physical nature of work involved in informal sectors complemented with the dearth of capital, the chances of employing women will also be impacted, potentially leading to a decline in the employment rates of women which may be equal if not less than the stipulated quota under the scheme.

The scheme provides for one-third quotas for women, equal wages, social auditing procedures as well as leadership opportunities. By turning a blind eye to other social and economic barriers to women’s participation in the workforce as well as decision-making, the budget fails to recognise rural women’s personhood in terms of being economic agents of growth and change.

Also read: Budget 2020: Why Are Feminists Worried About Agricultural Sectors?

The budget could have at least promised a better future for not just those who have, but also for those who just don’t. While the pandemic can never be seen in a positive light, it surely did illustrate the societal, economic and political fault lines in the barest fashion possible. The only half-glass full moment the pandemic bestows upon us is when we not just identify but also address the inefficiencies, inadequacies and incompetency of the present system and institution, one of which is the MGNREGA scheme itself.

From the low-wage rates, (non) payment and structural delays, administrative and institutional challenges to banking puzzles and state’s hegemonic tendency, MGNREGA is no cure to the menace of unemployment and poverty. Looking beyond the realm of the scheme, the pandemic does allow us to recast, redefine and reorder, not just MGNREGA, but everything else.

Anmol Ratan is a 3rd Year law student at National Law School of India University, Bangalore. His areas of interest are Constitutional Law, Human Rights Law, Critical Race Theory and Dalit-Feminist jurisprudence. He is currently the Convenor of Savitri Phule Ambedkar Caravan (SPAC), a Bahujan student-led collective based in NLSIU, Bangalore that works for social justice and minority rights. You can find him on Instagram, Facebook and LinkedIn. 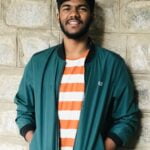 Anmol Ratan is a fourth-year law student at the National Law School of India University, Bengaluru. His core research lies in the field of critical race theory, law and development, international law and human rights law. He has previously authored articles on caste, gender, marginality intersectionality and the law. He is currently working as a Research Assistant
to Prof. Dipika Jain (Dean, Jindal Global Law School). He is also an editor at NLSIR, a flagship law review at the National Law School, Bengaluru.

Patriarchy And The Perils Of Solo Travel: Notes From An ‘Older’ Woman

Public Assault Of Woman In Rajasthan: The Normalisation Of Violence On Rural Women