My mum and I were watching the weather forecast on a French channel and she commented, “They all have such nice, thin legs”. When I asked her who ‘they’ was, she replied, “All the people in the West”. Her observation was based on all the thin, tall, long-legged, long-haired lasses on television and in movies. I had to tell her something she should’ve told me—these women were ‘beautiful’ by society’s conventional standards; they weren’t an accurate representation of the general population. In that moment, I realised that women, no matter what age, have always been self-conscious about their bodies. The feeling of ‘My body is not good enough’ has been passed down from generation to generation, and along with it—body shaming. However, this article, based on a survey conducted among several women, attempts to move past that and make a case for body neutrality.

As a young girl, I didn’t care about how I looked. Fitness wasn’t really a ‘thing’. I was an overweight teenager who didn’t really care about looks until the unsolicited comments began. While I brushed them off at first, they slowly started hurting and making me self-conscious. I began wearing larger clothes to be comfortable and cover the ‘unacceptable’ weight which brought on even more social commentary. After a while I decided to actively exercise to lose the weight and uncomplimentary (pun intended) comments that came along with it.

I lost a bit of weight. When people noticed it and said, “Hey, you’ve lost weight”, it made me happy. It also helped build my self-esteem and confidence. This had a downside though. I had begun associating my self-esteem with my weight. As my weight fluctuated, so did my self-esteem. Until I met someone really cool who taught me about body positivity—that there are people of all shapes and sizes; everybody’s body is different and meant to be different, and every body is beautiful in its own way. This was an eye-opener for me. Yes, the concept of healthy and unhealthy still exists but instead of being objective, it is subjective to each person, their body type, their genes, their lifestyle and a whole lot of other factors.

While I was changing and learning to accept my body and those of others, it wasn’t the same with everyone. The conversations around body image were happening in small pockets.

It was Christmas time and the whole extended family met to celebrate. Our family covers a wide demographic from octogenarians to a year-old-toddler with a higher number of women. To be precise, a sex ratio of three and a quarter men (the toddler) to nine women. One of my relatively younger relatives had recently begun going to the gym and following a diet to lose weight and become healthier. As I was passing around the tray of sweets, this particular cousin called one of my female cousins fat. (She wasn’t.)

This is how our conversation went:

Me: “But why did you have to call anyone fat?”

There was an awkward silence after that. I felt rage and disgust within. Though he had set out with the aim to become healthy, his mind-set, I found, was extremely unhealthy. While he reached his desired goal of ‘good health’, he was putting down others who didn’t fit his definition.

People rarely seem to realise the harmful effects their words can have on someone. Those who are already fighting less obvious battles of health also have to learn to fight the exterior battles of social norms, convention, leading to more battles like insecurity, an unhealthy self-image, low self-esteem and confidence. It can also lead to mental disorders such as anxiety, depression, dysmorphia and the hurt never really goes away, does it? Statements such as these from a number of people have a combined effect telling them they aren’t good enough and can adversely affect health even more.

Body-shaming and fat-shaming has been normalised for so long that some people do not realise they are body-shaming. Offering unsolicited advice on how to lose weight; giving them the eye if they take a second helping or pushing your leftovers towards them because, of course, they can always eat more are some daily examples of fat-shaming. I was horrified when an 18 year old boy told me his last resort to break up with a girl, when all other ways didn’t work, was to tell her she had become fat!

Over time, conversations around body-image and fat-shaming shifted from being focused on losing weight and adhering to a certain body image ideal and moved on to mindful wellness and health. More and more people were beginning to sharing their experiences of coming to terms with their bodies. However, ‘fat’ mostly continues to be a bad word… a taboo. Anyone who was larger than the conventional body size was now politely called ‘healthy’. This included me. Was I really healthy? No.

I used to be offended by the word ‘fat’, whether it was aimed at me or to describe someone else. I have now come to the understanding that fat is a descriptive word like any other—tall, short, cute, funny, mysterious, shy, outgoing, fat…– just a description. It’s okay to be fat but it’s not okay to be judged, ill-treated or bullied for being fat. Comments like ‘You’re not fat, you’re beautiful’ as if the two are mutually exclusive are offensive, degrading and just not okay. Regardless, if someone is overweight they are usually aware and don’t need to be reminded. Why not say something nice about them instead?

Women are under constant pressure to look a certain way and media portrayals certainly don’t help us. Stretch marks, pimples, scars, scanty hair, tummy tires, chubby arms, dark underarms, loose butt, sagging boobs all are complete no-nos. While the women in front of cameras work really hard to maintain their bodies, women in day-to-day life—our mothers, aunts, sisters, cousins, friends, teenage girls have other, more pressing priorities because of which, catering to the perfect body image takes a backseat. And in the process, they continue to be shamed for not looking a certain way.

For years I noticed a correlation between weight loss and compliments—“You’ve lost weight!” is always followed by “Thank you.” But, weight loss need not always a good or happy thing. It’s not always a compliment. Here is a conversation I witnessed while sitting at an office, waiting to get a form signed. Two older women were meeting each other after a really long time.

Woman 1: “It’s so nice to see you after so long. You look just the same; still as slim as ever. Marvellous! You’ve not put on any weight like the rest of us.”

Woman 2: “Yes, but it’s not really a happy thing for me. I lost a lot of weight because I recently underwent a surgery. I wasn’t keeping well.”

She went on to explain the surgery and why it had to be done. Woman 1 finished with her work and was getting ready to leave.

In that moment, I felt bad for both the women. Woman 1 envied the other for ‘maintaining herself and being in shape even at 50’—something she felt pressured to do. Woman 2 explained that she had a uterus-related surgery, during the course of which she suffered a lot, was unhappy about it and the weight loss, and yet, failed to gain the understanding of her acquaintance.

Weight is definitely a touchy topic. Always being on the plus side, I’ve sympathised with similar body types but I too, used to admire, envy and sometimes, even skinny shame. I’ve learned that it is just as harmful as any other body-shaming. I now know better and try my best not to comment about weight at all. As someone with poly-cystic ovarian syndrome (PCOS), I have a lifelong battle with weight ahead of me. While I know I’m doing my best, so is everyone else.

As part of my continued work and research on body positivity, I recently put out a survey inviting people to share their experiences of body shaming anonymously. While it was open to all, it was mainly women in the age range of 23 to 40 who responded. Three men responded that they had been body-shamed but did not feel comfortable enough to share their experiences. This is an extension of the truth that while there are many female celebrities, both Indian and international, who have spoken and fought against body-shaming, there are few very men who talk about it. 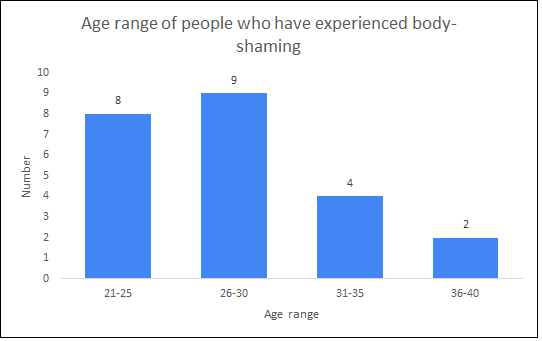 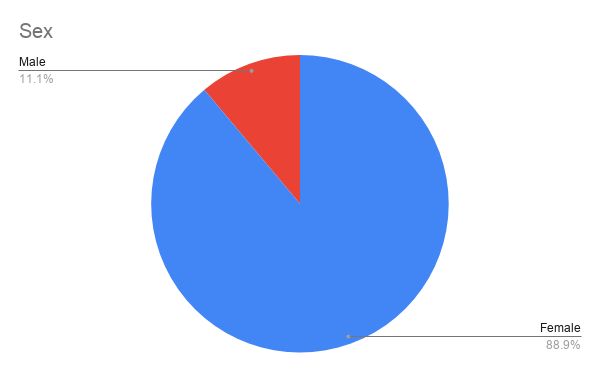 Coming across these experiences of body-shaming was really heart-breaking. They also, however, are stories of strength and resilience. While I don’t hate my body anymore, I don’t have the strength to love it all the time. I recently discovered a term for the attitude I had as a child—body neutrality—focus on what my body can do instead of what it looks like. Many of us develop unhealthy and unhappy relationships with our bodies because of societal standards. If we become body-neutral, maybe we can focus on the wonders our bodies can do because it keeps us alive. I found a safe comfortable haven in body neutrality.

Renita Siqueira is an instructional designer by profession and a poet by passion. She can be found on Facebook,Twitter, Instagram, LinkedIn.