Make-up is for everyone and one doesn't need to satisfy their male ego to advertise or normalise make-up for men. That way we become part of the problem that we purport to protest.
By Sudipta Das Apr 2, 2021 5 min read

‘Gender is fluid and make-up is for everyone’ – the men on Instagram have arrived and declared.

Though many people have been saying it for decades as it is closely related to their dignified survival, the male Instagram influencers are talking about it for ‘something bigger’ — the next big fashion trend. They are unabashed, unapologetic, sassy, and probably the men we want. They are the influencers who are making the change, hoisting the flag for make-up rights, building an important narrative to inform the millennial, Genz audience that make-up has no gender, and it definitely doesn’t reduce their manness to anything that is gayish or feminine. They are the new real men and the audience, media are quick to celebrate them.

While the attempts of these new male influencers on Instagram deserve appreciation for challenging age-old gender stereotypes, it also deserves unpacking the many layers to it. Otherwise, the singular coherent narrative would again do more damage to gender equity than serving the right purpose.

The major fallacy in this whole narrative is how cis-het men are immediately associated with a sense of victimhood because they have been withdrawn from the ‘privilege’ of make-up for decades. It presupposes that the hetero-patriarchal beauty standards affect them and other systematically-historically marginalised genders in the same way. Except it doesn’t.

While make-up, cosmetics are marketed directly by pinning down the self-esteem of women, men have been stopped from accessing them as their self-esteem doesn’t need any external assistance. Both aren’t the same. Even when we associate make-up with men, it is often perceived with a purpose and not to police them. For example, when Muslim men adorn a certain kind of kohled eyes (called Surma), as according to religious prescriptions, it is ‘good for the eyes’, it is allowed. On the other hand, Muslim women are banned from having ‘alluring eyes’. It is most definitely hetero-patriarchy determining what constitutes as ‘alluring’ enough to be outlawed or allowed.

When second-wave feminism swept across the U.S. in the late 1960s and ’70s, feminists urged their fellow women to discard anything that men might use to objectify them. By putting on makeup and dressing in a certain way, these feminists argued, women were only submitting to a patriarchal culture that sought to exploit them for their beauty, not their brain. Some women believed in the freedom of choice and how choosing make-up for themselves can be empowering.

When one does make-up for self it is considered empowering and any critical scrutiny of this oversimplified phenomena is shaming—this is a convenient narrative for the beauty industry because it allows us to cling to the comfortability of beauty standards while claiming ‘feminist’ ideals.

In the film Lipstick under My Burkha, lipstick has been projected as a means of freedom and personhood. Many scenes are synonymous with the agency of female protagonists, precisely because they are not allowed or rather, expected to put on lipstick or makeup.

The beauty reporter Jessica DeFino rightly points out in her blog ‘You’re Not Wearing Makeup For You‘ that, “culture and media can dictate the reason we believe we find something desirable, including the media’s reason du jour: ‘I do it for me‘.” This is pushed on us via messages of personal empowerment repackaged as feminism: femvertising. The pursuit of beauty isn’t a privilege, it says, but a right — a right worth fighting for, because “[we] are more beautiful than [we] think,” as any Dove ad will tell us. Beauty isn’t about being worthy of the male gaze anymore, it’s about being worthy of one’s own gaze (which is the metaphorical male gaze — the capitalist, colonial gaze the beauty industry was built on—only internalised and with more glitter).

But when men engage in conceptualizing or reclaiming ideals of beauty through make-up, whose gaze are they serving to?

For the new male Instagram influencers, it might be for the woke audience’s gaze on Instagram, but otherwise, I am not very sure. Yes, we can’t disregard how men are often ridiculed or shamed or receive hate for flaunting make-up but we also can’t overlook the privilege of exploring make-up as only means of creating buzz, art or enhancing aesthetics and not as a compulsion to fit in or serve any gaze.

For many people, make-up isn’t just a fashion statement but directly intertwined with their sense of self. Unfortunately, this new wave of ‘gender-fluid-make-up-thing’ again confines within the dichotomy of masculinity and femininity and thus erases the long-lived history, the present reality of many people who reside beyond this binary.

I know many queer men, non-binary persons who have been applying make-up as means of their self-expression for decades. They have historically used make-up as a means of self-expression, protest, and challenging societal norms. They have been screaming about how make-up and clothes have no gender. But we seem to pay any heed only when this has been dictated by cis-het men. Surprisingly these cis-het influencers also unabashedly pat their back as trendsetters.

First they aren’t the ‘trendsetters’, second this isn’t only a trend for many queer people. It is closely related to their reflections on the mirror, how they want to see themselves, how they want others to see them. It is about breathing, survival. Reducing the whole narrative as only ‘make-up for men’ contradicts the whole sloganeering of gender fluidity. Something that often these influencers capitalise to perform selective wokeness.

This also reflects on the double standard of the audience as they accept things only when they are approved and practiced by cis-het men. When queer people periodically face abuse, violence for challenging gender stereotypes in the real world, cis-het male Influencers get applause as trendsetters. The anguish isn’t about celebrating them but the erasure of the queer history that has moved the audience to a position of acceptance on which they are building their brand, without giving the due credits to queer people.

‘Make-up doesn’t make me a gay person or feminine person’ – we often find our favourite influencers clarifying that make-up and masculinity can coexist peacefully. The way they keep on reiterating how ‘Wearing Makeup Doesn’t Make A Man Less ‘Manly‘‘ is amusing at times.

For instance how the beauty brands market their beauty products for men in an awkwardly fascinating hetero-masculine packaging but with the same old traditional attacks on their self-esteem.

Even in most of their videos, there’s always an underlined messaging of keeping it ‘natural’ and not going overboard with make-up, otherwise, it’s too gay or feminine. Make-up is for everyone and one doesn’t need to satisfy their male ego to advertise or normalise make-up for men. That way we become part of the problem that we purport to protest. If we truly advocate for gender equity, it can never coexist with internalised misogyny, sexism, or queer-negativity.

This is the best time to advocate for a world without gendered clothing, make-up, aesthetics and informing the world that it’s all normal. Thankfully many male social media influencers are doing the best to advocate for gender equality. But while advocating for change, one has to be responsible and cognitive of all the aspects. It can’t be only about earning viewership, making viral content and then caricaturing women, making ‘funny’ videos stereotyping marginalised people, using trans-negative gender-swap filters, and making content. The distance and the disconnect between the Insta ‘reel’ and ‘real’ isn’t just a ‘heart emoji’ away. Creating a gender-equitable world takes more than that.

Featured Image Source: Via Social Ketchup (For representation purposes only) 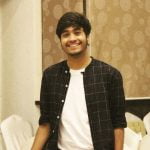 From Mahmood Farooqui’s Acquittal To The Shaming Of Sita: We Owe Women An Apology

Sultana’s Dream And Its Conception Of A Feminist Utopia