Looking At Bengal Assembly Elections Through The Glasses Of The ‘Other’

A women's vote, no matter what her age is, has seldom proven to be 'her own vote'. From the family to the State, it is controlled by various people, mostly men, at various levels.
By Satabdi Das Apr 16, 2021 6 min read

A tale of betrayal, as told by a Bengali newspaper published from Assam, left me dumbfounded. From March 22, officers from the election commission went door to door in Assam to help octogenarians (and septuagenarians who were Covid-19 survivors) to vote via paper ballot from their own house. A humanitarian endeavour on the part of the Commission, one may think. In my native state, West Bengal, too, such measures were taken. But the news that I am talking about comprises of a terrible complaint. An old woman in Assam complained that the personnel from the election commission forced her to vote for the symbol of ‘lotus’, misusing his power and grabbing the opportunity of the absence of her family members as per rule.

Apart form being a horrific example of state oppression, the incident was a metaphor for a larger truth. A woman’s vote, no matter what her age is, has seldom proven to be ‘her own vote’. From the family to the State, it is controlled by various people, mostly men, at various levels.

As a presiding officer, I went to conduct voting in a remote village of the South 24 parganas in West Bengal. Elderly women came leaning on sons and grandsons. The men wished to  accompany them to the voting compartment and even cast vote for them. ‘They hardly know whom to vote’, they said, infantalising the elderly women on the basis of their physical frailty and the supposed mental and intellectual ineptness of women in general. The women themselves, too, seemed confused. “Don’t men know better than us?”, their facial expression said.

Women who were not infirm or aged, who came to vote on their feet, too, hardly seemed to have any ‘agency’. A woman surrenders to the ‘gotra’ of his husband in the process of the Hindu marriage. Parallely, in the process of election, she surrenders to the political creed and symbol of his in-laws. Often during campaigning, one may hear the patriarch of a family committing to the campaigner of a particular party that all the votes from his family will go to that party. How one can commits on behalf of all the members, one wonders!

When my booth was almost empty in the afternoon, the alertness of one of the three polling-party-agents hinted that someone special might have come. A girl, clad in salwar-suit and her head covered with orhni, entered the room. The agent introduced her as his wife. She was well acquainted with the EVM, sans the new unit called VIVIPAT. The agent instructed his wife from the outside, “Make sure you see the symbol in the VIVIPAT slip.” She got more confused and failed to keep a watchful eye on the VIVIPAT screen. He then rebuked her publicly and said,’You are good for nothing.’

The body language of the likes of him often betrays them and clearly states how ‘you-are-good-for-nothing’ is the essence of what they think of the female polling officials as well. The female polling officers need to be doubly cautious, for that matter. A female presiding officer knows that any of her mistakes will be deemed as an evidence of the incapability of her gender.

A study shows that in over 29 countries 44% of female politicians have received threats of murder, rape or abduction, or faced those crimes in reality. As it was reported, in West Bengal, Meenakshi Mukherjee, a female candidate, was hindered while entering her own constituency and also received veiled threats. On the other hand, Mukherjee’s party continued with their narrative of unapologetic denial of Tapasi Malik’s rape and murder even in 2021. The brutal incident took place fourteen years back, when Mukherjee’s party was there in power.

As we kept on encountering the misogynist rhetoric of the male politicians day in and day out, we could not help doubting their commitment to the women-centric agendas of their own manifestos. In West Bengal, even small-screen stars, Debaleena And Sayoni, were slandered with gang-rape threats for simply airing their voice on freedom of choice, freedom of choosing what to eat and cook. Later, one of the victims was promptly declared as a candidate from another party. Parliamentary politics utilised the woman’s victimhood, as often as it does.

Mamata Banerjee, the chief minister of West Bengal, is no less maligned for being a woman. The Prime Minister himself hisses out banteringly, ‘Didi, Oooo Didi!’ in a public meeting, a tune that became an ‘instant hit’ with street-harassers, as per reports.

The state secretary of BJP in West Bengal, Dilip Ghosh, advised the chief minister to wear bermudas because she was seen keeping her injured leg lifted up in her public meetings, revealing a part of her leg, which according to Ghosh was ‘unlikely of a Bengali women’. When he was asked about the aforesaid comment on a TV channel, he waved off the woman questioner with an entitled, masculine jibe, ‘Nyakami korben na’ (Don’t show me your silly, affected attitudes).

Hoardings, memes and slogans, too, bore the brunt of misogyny. As one party adopted the slogan ‘Bengal wants her own daughter’, the opposition tauntingly implied that daughter, being paraya dhan, should be soon driven out of her paternal house. People even compared  the sexual appeal of various women contestants and termed some of them as ‘kajer masi’ (maids) in memes.

The most intimidating and shocking incident however was reported from Tarakeswar. It was reported that a CAPF jawan attempted to sexually abuse a minor girl who had gone to bring books from one of her friend’s house who lived nearby. Local people rescued her and reported the incident to Tarakeswar thana and the matter was recorded. The Chairperson of West Bengal Child Protection and Child Rights Commission rushed to the spot on April 7 and met the victim and her family who were seemingly traumatised. She also wrote to the Election Commission requesting not the allow the jawans to move from Tarakeswar as they were to be charged under POCSO, 2012 for the gruesome offence. But on April 8 in a press meet she said that the jawans were allowed to leave Tarakeswar and attend their next duty.

The CAPF commanding officer also lodged a counter complaint against the girl and her family on April 7 claiming the previous complaint to be false. Objectionable things were said casually about the girl’s character.

The jawans are deployed to keep the law and order for ensuring safe poll. It is unfortunate if they themselves are reported to violate the law and harm even a minor. It is also unfortunate that the POCSO is being violated grossly, endangering the security of minors who are the most vulnerable.

In a society that is patriarchal as a whole, the role of a woman in election is either that of a puppet or that of a victim and Kolkata is no exception. As a presiding officer and a gender rights activist, I could hardly ignore the fact that transgender people did not come to my booth and neighbouring booths. Neither did the sector officer ask for the account of trans voters, while they readily collected all data related to male and female voters.

In Assam, women have been the worst victim of NRC. An anxious Saira Bibi jumped into the well, though her name finally appeared in the list. Reziya Khatun travelled 250 kilometres to attend a NRC hearing and breathed her last in the queue. Shefali Hajong, a construction labourer, was found carrying bricks in the site of a would-be detention camp that was going to be her own abode thereafter.

The election system is one that gives us the liberty to choose between limited and not-so-ideal options, has its own lacunae and those limitations become more prominent when seen from the perspective of the women and the trans community. However as long as patriarchy persists, the season of election comes and goes, otherising us every time.

All inserted images as provided by the author. 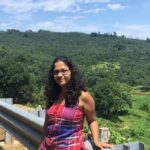 Examining Representation: Why BJP Is Not The Diverse Party You Think It Is

Alma Matters Review: Where Are The Women In The Campus?