SocietyNews Woman Of The Year And Frontline Worker: The story Of Kerala’s Beloved K.K. Shailaja

K.K. Shailaja's methods of tackling the virus have become such a success in 2020 that the 'Kerala Model' of fighting the pandemic is widely recognised.
By Srishti Khare May 14, 2021 5 min read

The morning of 2nd May was momentous for K.K. Shailaja ‘Teacher’, a beloved face in the state of Kerala. Shailaja, who was contesting from the constituency of Mattannur in Kannur won by a margin of 60,000 votes. This is the largest margin of victory in the history of Kerala elections. She defeated her competitors Illikkal Augusthay of the Revolutionary Socialist Party and Niju Elakkuzhi of the BJP. As the Minister of Health and Social Welfare, she is a household name in the state for her efficient handling of both the Coronavirus waves. It is important to note that the first ever recorded case of the virus in the country appeared in Kerala, with Shailaja and her team being well prepared for the challenge.

Shailaja credits her preparations for the outbreak of the Coronavirus to the Nipah Virus which found its way into the state back in 2018. It was a deadly virus which had no cure or vaccine. Her engagement with Nipah made her alert about the Coronavirus as soon as a case was reported in Kerala. Her methods of tackling the virus had become such a success in 2020 that the ‘Kerala Model’ (based on her belief of ‘science over superstition’) of fighting the pandemic was widely recognised. She believes she was re-elected because the people understood the dangers of the current wave of the virus, saw her team gear through the floods, hurricanes and appreciated her campaigns for the development of women and children in Kerala.

Shailaja was a Physics teacher for most of her life before she decided to voluntarily give up the profession to focus on politics. She has been actively involved in politics since 2004. Shailaja obtained a Bachelor’s Degree from Pazhassi Raja NSS College in Mattanur and her Bachelors in Education from Visvesvarayya College. She kick-started her political career with the Students Federation of India (SFI) and later joined the CPI(M). The 64-year old also has two books to her name. Additionally, she served as the editor of Sthree Shabdam, a bi-monthly magazine of the All India Democratic Women’s Association. She is also the Joint Secretary of the Association’s Central Committee.

Shailaja contested her first elections in 1996 from Koothuparamba constituency. She was elected as an MLA. She has fought five elections, and her victory in the 2016 elections won her the Health Ministry and the Social Welfare sector in the Cabinet of Pinarayi, along with one other woman. Kerala’s ‘Rockstar’, as she is usually known, is currently waiting for her new role in the Cabinet of 2021.

It is not an unknown fact that Shailaja ‘Teacher’ has been in the news constantly for her marvellous efforts to tackle the raging Coronavirus outbreak. In a recent interview with HuffPost, upon being asked about the need for science as a base for fighting the pandemic, she said, “I strictly followed scientists and experts than those who eulogise on the imagined benefits of cow dung and cow urine.”

During the two waves of the pandemic, Shailaja and her team have been extremely vigilant and imposed protocols of social distancing in public spaces and lockdowns where necessary. To ensure the smooth functioning of everyday activities like tiffin services and supply of essential items, the Health Ministry had a solid plan in place. This included the workforce of organisations like the Kudumbasree – a women empowerment programme, ASHA workers and the Integrated Child Development Services, a scheme for children. Kerala leads by example, as the Director of Health Services and the Director of Medical Education are women, and this along with the frontline workers, the female doctors involved in the crisis, reflects the power of women in the state.

Shailaja has been hailed as ‘Corona Slayer‘ for her outstanding endeavours to beat the virus in a state of almost thirty five million people. As of Tuesday, the state reported 37,290 new cases. Shailaja acknowledged that the surge occurred due to the preparation of election rallies and the campaigns. But she is positive that with the efforts of her team and the people of Kerala, she can once again bring active cases to a halt.

The vaccine administration campaign under her is very prompt and quick. Their campaign, unlike many other states, has always been transparent and open to suggestions. In a recent tweet, Shailaja highlighted her attempt of “zero wastage of the total sixty five lakh vaccines received by the state.”

Since Shailaja assumed office in 2016, she has worked tirelessly for the development of women and children in Kerala along with health and social welfare. One of the biggest achievements of her tenure is the work towards the Gender Park campus in Kozhikode – the first of its kind in the country. Though established in 2013, the work was put on a standstill due to budgetary cuts. The work resumed under the able leadership of Shailaja who also chaired the second International Conference on Gender Equality held from February 11-13, 2021.

The Conference’s agenda was to come up with better enterprising opportunities for women and the transgender community. The Gender Park aims to focus on gender equality and empowerment of all genders. The park also has a partnership with UN Women to fulfil this aim. Along with this purpose, the park also houses a Gender Museum to document women’s histories and a Gender Library to ensure the availability of scholarship on gender equality. The Ministry also set up an International Women’s Trade Centre to ensure the needs of women in business are heard and answered.

Furthermore, the upliftment of the trans community was also one of the goals of the Minister. She declared in January that all official government forms will now include transgender identity as an option in the gender categories. This is a landmark attempt to include marginalised communities.

K.K. Shailaja ‘Teacher’ has been appreciated worldwide for her approach towards curbing the pandemic. She was named ‘Top Thinker Of The Year’ by Prospect, a UK based Magazine. She was also included in the list of ‘Most Influential Women of the Year’ by Financial Times.

Ramesh Chennithala, Leader of Opposition, strongly disagreed with the lockdown being imposed in the state to reduce cases post elections. He further stated that a lockdown at this stage would crumble the state economy and result in a loss of livelihood for daily earners. He believes the government needs to ensure the availability of ICU beds, oxygen tanks and medicines. Furthermore, he stressed for a more vigilant hospital admission policy where the critical patients are catered to first. According to him, the government should focus on crowd management.

But Shailaja also received appreciation from the natives of her state. In a recent tweet, Rajeesh Amr, a citizen of Kerala, exclaimed, “I am so proud of our Health Minister, Shailaja Teacher who is doing a tremendous job! From the NIPAH outbreak to various health problems including the latest Coronavirus, she is truly a HERO. My personal experience, she is not only a humble person but a highly intellectual simpleton.”

K.K. Shailaja Teacher is a warrior through and through. She faced her fears, stood strong against the test of time and emerged victorious with her team. 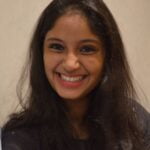 Travelling With Club Foot: Negotiations With My Disability