Medicine is apolitical, they tell us, in medical school and in society. The noble profession of doctors must be above politics, they say. The truth is, medicine has always been political. It has always been inequitable. Perhaps it always will be, as with most human (humane) enterprises.
By Migita Dcruz May 31, 2021 5 min read

A common fallacy with allopathic medicine, especially when practised in a country such as India, is the belief that it is noble and altruistic. This is unsurprising, for ours is a country which places a massive amount of emphasis upon the holy triad of meritocracy, hierarchy and collectivism. Doctors are considered godlike figures and the practise of medicine a quasi-religion.

Associated with this, as is often the case with gods and religions are other divine attributes– omnipresence, omniscience and omnipotence. That there are doctors and hospitals and medicines available for every person in this country. That the healthcare system of this country (or even, any other) will miraculously know what is best for everyone and what can be done during times of crisis to fix everything. That everyone who falls sick can be saved, and that there need be no deaths, at least not any that could have been prevented. That money and resources that were never there in public healthcare will be conjured out of deep pockets to provide all that is direly needed in times of crisis.

As is the case with other gods and religions, this was a comforting series of dreamlike visions that was bound to collide with the cold, harsh reality one day. The COVID-19 pandemic has not just been that day, but also that month and year. It is, if one may be permitted to mix metaphors, the Waterloo of modern medicine, in many ways.

Also read: Gasping For Breath: The Problems Of Private Healthcare In India

A 2016 KMPG report on Healthcare in India, in a review of the National Health Policy noted, among other problems, that expenditure in healthcare was low (4% of the GDP), when compared to peer BRIC countries, and the public share of this expenditure in healthcare (33% of all costs) was correspondingly low, too. The report noted that the ratio of both beds and trained health care professionals to the population were low, with a need for at least 0.5 million additional beds and 6.4 million additional trained health care professionals. 60% of the expenditure on health was out of pocket and 39 million people are pushed into poverty every year due to expenditure on health care.

The treatment gap for mental illnesses, one of the few group of disorders for which recent data is available, was estimated to be around 83%, as per the National Mental Health Survey, also in 2016. There is an absence of information of the treatment gap for other disorders, communicable or otherwise, in the country, but is generally believed to lie at between 50 and 75% for most chronic diseases.

Cut to 2021, five years later, in the midst of the second wave of the COVID-19 pandemic and we are looking at a shortage of tests, beds, drugs, vaccines, oxygen, facilities for quarantine and isolation, even crematoriums. It’s cruel and heartbreaking to witness and live through. But the truth is this. There were always gaps. There were always deficits. There was always inequity, unaffordability and barriers in the pathways to care. We had a veritable horde of elephants in the room, for decades together, and chose to look away from them because they did not seem too pressing then. We also had the luxury (for luxury it is) of not having to arrange care for vast numbers of people falling sick at the same time. Much harder to look away now, when more people need doctors and healthcare now, and urgently so, than ever seen post-Independence.

Of course, gods are able to wrought miracles. Gods may churn the ocean to bring forth amrit. Gods may turn water into wine, rain down manna from the heavens and feed thousands of people with five loaves and two fish. Allopathic medicine, for all its posturing, was always very, very mortal and very, very fallible. We, as health care professionals, are trying desperately to increase the availability of care and resources, but there are five loaves and two fish and no powers to perform miracles.

We’ve also been trying, and failing, to ensure that this meagre care and resources are available in an equitable manner, regardless of age, gender, income, education, socio-economic status and privilege, among others. This too was bound to fail because our country is one of vast and stark inequalities. Oxfam International estimates that the top 10% of the population hold 77% of national wealth, and that it would take 941 years for a minimum wage worker in rural India to reach the ability to earn what the top paid executive at a leading Indian garment company can in a year. This is without taking into consideration the intersection of social constituents of identity such as caste, religion, ethnicity, migrant and undocumented status.

Another divine attribute that medicine is invested with is benevolence towards all its supplicants, all of whom are loved and provided succour without discrimination. This too, was a rosy illusion bound to fail in a country with overworked physicians running underfunded hospitals during a pandemic. All this while engaged in a precarious dance with the powers and social forces that feed into and maintain these inequalities.

As is evident, COVID-19 has only exacerbated, and not mitigated existing social inequities. The inequity caused by a difference in income and influence often mean the scarce resources that are available in healthcare are disproportionately available to the sick. A billionaire businessperson or celebrity or politician will be able to find a bed when sick, arrange oxygen cylinders at home, have the option of purchasing Tocilizumab or Remdesivir at a mark-up of lakhs of rupees on the shadow market and hire helicopters to airlift them to hospitals with ventilators, if so required. A rural agrarian daily wage labourer or urban domestic slum dweller will not. The greater the scarcity, as in the second wave, the sharper the disparity.

One definition of politics is the total complexity of relations between people living in society. Another is the relationships within a group or organisation that allow particular people to have power over others. What is common to both is that it is a flex of power and based, always, upon inequality.

Also read: COVID-19: What All Is Wrong With The Indian Public Healthcare System?

Medicine is apolitical, they tell us, in medical school and in society. The noble profession of doctors must be above politics, they say. The truth is, medicine has always been political. It has always been inequitable. Perhaps it always will be, as with most human (humane) enterprises. It is however, harder to look away from the inequity and politics now, when we are dying in large numbers. 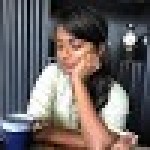 Why Are Interfaith Couples Struggling While Navigating Courtrooms?