HealthSex & Sexuality Can The Art Of Faking Orgasms Be Theorised?

Can The Art Of Faking Orgasms Be Theorised?

According to a recent survey, about 65% of women have at one time or another faked an orgasm. But why do women do so? Let's find out.
By Aastha Tiwari Jun 18, 2021 6 min read

How many times have you heard women making these sounds under the sheets? I suppose every time you have sex with her. It’s almost like she is an instrument and you are the terrific musician who plays her so well. But is it so? Are you playing her or is she playing you? Well, it seems she played you by her Oscar-worthy performance seeing that as many as 65% of women have at one time or another faked an orgasm. Thus, faking orgasms is a work, an act performed by women as corroborated by the emotion work theory. However, can theorising faking an orgasm make it a feminist act? Come, let’s explore.

‘Emotion work’, a theory propounded by Hochschild encapsulates the gendered dynamics in bed. It refers to the effort that people engage in to try to induce or suppress feelings to make them ‘appropriate’ to the situation. In essence, it conceptualises the popular perception regarding faking orgasms. So, why do women believe in the “fake it till you make it” ideology? There are two different approaches that attempt at answering it.

The first i.e. the individual differences approach is based on the distinction between women who fake and those who don’t. It hypothesises that women who are less sexually experienced tend to fake for two reasons: lower self-esteem and lack of knowledge of their own anatomy (thanks to patriarchy). It also interprets faking as a means of decreasing the ‘likelihood of their partner’s infidelity’. It’s problematic because it pathologises women and completely overlooks the gendered dynamics in the private realm.

The second approach asks women directly and then attempts to locate these responses within the larger socio-cultural discourse. There are a number of reasons that women give for faking like to avoid hurting the partner’s feelings or not bruising fragile male egos so that ‘he feels good’, to avoid awkward conversations and confrontations in the relationship, to end the sexual encounter, and to avoid feeling abnormal and incapable. These are all patriarchal rationale that reinforces pedestalisation of male sexuality and perpetuates sexual oppression. It is against this backcloth that we shall discuss how emotion work theory draws connections between faking orgasms and the gendered discourse centered around the narrative of ethics of care and reciprocity and sexual performance.

Emotion work in sexual intimacy reaffirms the stereotypical characterization of a woman that is based on the masculinity-femininity binary. Patriarchy imposes unequal division of emotional labor, by virtue of which, women are held more accountable for performing this work. To understand the applicability of emotion work, a key distinction then needs to be established—surface acting and deep acting. The former is when people mask or disguise what they actually feel and the latter is when people work to actually feel differently to an extent where the lines between the real and fake are blurred. Faking an orgasm is kind of a ‘sex work’ where surface acting can be seen i.e. women work to appear as if they are experiencing orgasm when in reality they feel differently.

Sex is often ruled by the principle of sexual reciprocity (mutual pleasure/orgasm). Orgasm is not just a work performed on self, it’s also work meant to be done on partners. However, in reality, the mechanism of feeling is standardised as per the ‘feeling rules’ which are deeply rooted in the skewed cultural discourse and are highly gendered. Men feel an entitlement to orgasm that exclusively places the obligation on women to give them what they want. If they don’t, they are labeled as abnormal, inefficient or dysfunctional; effectively pressurising them into feeling pleasure because orgasm is the benchmark of how they are as lovers, their femininity, how sexually liberated they are, their sexual knowledge, etc. To escape the guilt and shame, they pedestalise male pleasure over their own—precisely what patriarchy wants.

Faking is a means of protecting men from feeling inadequate and being blissfully ignorant about their ‘real’ sexual prowess. It is also an effective way to avoid awkward conversations that might destabilise the relationship. The absence of orgasm is seen as a problem for the relationship and not for women’s own sexual self because women are ‘meant to be’ caring and sacrificing.

The fundamental reason why orgasm becomes an obligation is that our society entwines sex and love. Sex is seen as the ultimate way of showing your love and affection. Besides, evoking orgasm is an act that requires work and skill which, as always, men seem to possess. Women have to depend on men’s sexual skills to orgasm. Heterosexuality then becomes an economic exchange where women trade-off their fake orgasm for men’s ‘real’ work. If they don’t, men fear to be labeled ‘lousy lovers’ and their sexual skill ending with a question mark, not orgasm! Thus, what we see here is the imposed ethics of care and reciprocity where women are simply appreciating men for the work they are doing to show their love. Faking then becomes an epitome of love and commitment, an act of care – which seems to exclusively apply to women (thanks to patriarchy, again!).

Does the F in Faking stand for Feminism?

Now that we have theorised faking orgasm, let’s dive into the whole feminism debate. There is an assumption that faking orgasm can induce desire and enhance sexual excitement for their partner or for themselves. Thus, it’s a way of achieving more positive sexual experiences while avoiding negative reactions from their partner (loss of erection, anger, violence). There are a lot of magazines that romanticise the whole “fake it till you make it”. In this narrative, orgasm is seen as an ‘inventive bodily technique’, and not as a poignant instance of women’s submission to men’s sexual arousal. This theory is used to placate feminists by viewing orgasm as ‘a common feminine practice, where it can be seen as political without having political intent and as agentic without therefore being empowering’.

So, faking orgasms is unfeminist?

So, is orgasm a feminist or an unfeminist act? Even if faking orgasm is seen as an inventive bodily technique, it’s undeniably a socio-cultural construct. It reveals the complex interplay of gendered feeling rules that only serve to maintain hetero-patriarchy and conform to the patriarchal characterisation of a woman as sacrificing and caring. Thus, a woman internalises and accepts this sex-role conditioning and buys into a narrative centered on unequal access to sexual pleasure wherein women have not only been denied the freedom to explore their sexuality but also made to believe that their sexuality doesn’t matter, that they need to compromise and pedestalise male pleasure over their own.

Moreover, a woman is then manipulated by the foggy feminism that persuades her into thinking that it’s in fact the ‘real’ route to achieve sexual bliss. Hence, women live in this unfair quandary that imposes on them the responsibility to manage their identity as daughters of post-second-wave “sexual liberation” while also displaying the ethics of care and reciprocity.

Emotion work theory places orgasm in an exclusive domain where it is seen as an obligatory and standardised work to maintain stability in a relationship. Women have faked orgasm for all the wrong reasons. How can it be seen as a tool for sexual empowerment? If it’s the stability and fragility we are preserving, we need to revisit our conscience and check for patriarchal holes in it. In simple words, labelling faking orgasm as a feminist act is a glimpse of internalised patriarchy. If it weren’t for it, why then would a woman ever fake orgasm when it’s ‘supposed to be’ pleasurable.

Also read: Ever Heard About The Orgasm Gap? 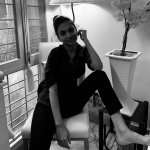