IntersectionalityCaste Casteist Abuse Against Vandana Katariya: How Many Dalits Are Too Many Dalits?

Casteist Abuse Against Vandana Katariya: How Many Dalits Are Too Many Dalits?

Hockey star Vandana Katariya's family was abused with casteist slurs, claiming that the Indian team lost because it had "too many Dalits"
By Vanshika Sawhney Aug 12, 2021 5 min read

In an recent interview, Rani Rampal, the captain of the Indian women’s hockey team condemned the casteist remarks which were made against her team member and Indian field hockey player Vandana Katariya and her family. She said, “We come from different parts, some from north and some from south, some from east, but when we come here, we work for only one thing i.e., India. We work for the flag, we sweat day in and day out for the flag.”

Vandana Katariya is a 29-year-old field hockey player who represented the country in the 2020 Tokyo Olympics which recently concluded. She is a forward striker in the team and she is the first woman to score a historic hat-trick at the Olympics, which led to the Indian hockey team’s victory against South Africa, securing its quarter finals dream.

Hailing from Roshanabad, a village in Hardiwar in the state of Uttarakhand, Vandana and her family fought against societal pressure to persist, train and pursue her dream. She has made 245 international appearances and has achieved accolades for her performance in various games.

After India lost to Argentina in the semi-finals, men of dominant castes from her village burst crackers and celebrated the loss. They spewed casteist slurs at her family and commented that “there are too many Dalit players in the team”, which they stated as the reason for the loss.

Vandana’s brother Chandra Shekhar filed a complaint in which he states, “They used caste slurs, insulted our family and said the Indian team lost because too many Dalits (the men used a specific caste slur) have made it to the team. They went on, saying that it’s not just hockey but every sport that should keep Dalits out.”

A First Information Report (FIR) has been filed against Sumit Chauhan, Vijay Pal and Ankur Pal. One of the accused- Vijay Pal is a hockey player himself and used to train with Katariya. Chandra Shekhar stated that the accused also threatened to kill the family.

To understand Vandana Katariya’s sentiment, one should first acknowledge the circumstances she comes from. In our country, being a woman and hailing from a Dalit community makes one extremely susceptible to discrimination. The individual is marginalised on both with respect to their gender and their caste.

The players who hail from this background have fought tooth and nail to get to their current position, status and standing in the society. Vandana Katariya herself faced immense criticism from those around her regarding her choice of profession, which is conventionally not approved of as “feminine“. Nevertheless, her strong will and hard work has made her one of the best players in India today.

This unfortunate incident brings to light, a prolonged malady our country has been suffering from – deep rooted casteism and sexism. The Indian women’s hockey team stood fourth in the Olympics and created history by becoming the first representing the country in the semi- finals. Vandana Katariya is the first Indian woman to score a hat-trick in the games, which was crucial for the team’s victory.

Instead of applauding her for her exceptional performance, and recognising her struggles in pushing through multiple discriminations to achieve such trailblazing success, the accused used this opportunity to denigrate her and insult her family by making casteist remarks. These men have the privilege of both their gender and their social capital to feel entitled to behave in this manner.

Also read: Commodified And Consumed: To Whom Does The Sportswoman’s Body Belong?

Women belonging to the Dalit community have perpetually been victims of slander and abuse. In sporting events, in moments of victory and glory, we whitewash the cruel conditions the players are subjected to and try to cover up the ways in which we marginalise them by momentarily owning their victories and hiding everything else under the rug.

This episode also teaches us that not only do we practice class and caste discriminations, but also carry the torch of hypocrisy. When our players win a medal, our countrymen hold their head high and proudly talk about the diversity of our nation, romanticising the player’s background and applauding them for their “struggles“. We do nothing to lessen the burdens of their struggles in practice.

When they lose a game, we use the same “struggles“, caste and social background to shame them. Our casteist attitudes show up the moment the players do not meet our expectations. We do not introspect into the fact that they owe us nothing, especially considering that we, for the most part, do nothing as a society to facilitate their success.

All individuals hail from different social, cultural, religious and other backgrounds. We have to acknowledge, understand, and respect an individual for who they are. The intersectionalities of caste and class along with that of gender create a hierarchy that is oppressive and extremely difficult to brace through.

When we cheer the victories of players in the name of our nationalism, we must understand that it is also our responsibility to check our privileges and be cognisant of the fact that each person in the country has value, and deserves a life of dignity no matter their victories or losses. 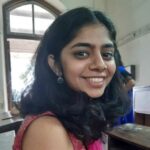 No More Tokenism – Why We Need More Diverse Fiction