The former Princess of Japan Mako, born to Crown Prince Fumihito and Crown Princess Kiko recently forfeited her royal status to marry a ‘commoner‘. An art scholar and special researcher at the University Museum of University of Tokyo, the 30-year-old Princess balanced a successful career along with playing a key role in maintaining good international relations between Japan and South American countries including Honduras, El Salvador, Paraguay and Brazil.

She met Kei Komuro in college, fell in love, and decided to marry him. Since he does not have a royal bloodline, this decision came with consequences for the former Princess. Under Japanese law, female members of the royal family must forfeit their royal status upon marriage to a ‘commoner‘, although this is not applicable to the male members.

After much controversy and resistance from the royal family and the public, the couple finally tied the knot on the 26 October 2021 in a small and quiet ceremony at the government office and have now moved to an apartment in New York. In a world where real princesses do exist it sure is a stinger that they have to renounce their title in order to marry a ‘commoner’.

The former Princess’s story is not an isolated case. Earlier in 2018, Former-Princess Ayako also renounced her title to marry her ‘commoner’ husband Kei Moriya. In 2005, Former-Princess Sayako (Mako’s paternal aunt) also married outside of the royal family. Princess Sayako who was 35 at the time of marriage said that she always knew she would have to leave her royal title behind and live a domestic life with her husband.

Similarly, according to the Thai Monarchy rules, female members of the royal family are to renounce their title and royal duties upon marrying a foreigner. Former-Princess Ubolratana of the Thai royal family married her American college classmate Peter Jensen in 1972, whom she had met at MIT. Upon marriage she changed her name and moved to California where the couple lived with their three children. Currently, she is divorced and has been living in Thailand since 2001, enjoying a celebrity status due to her work in the Thai entertainment industry. In 2019, she made news for entering into politics but was asked to withdraw her candidacy by her brother, Thai King Vajiralongkorn. Although she is part of the royal family and is still addressed Princess Ubolratana, it is without her royal title, “Her Royal Highness“.

Also read: Normalising Adoption: Belongingness Does Not Only Depend On Biological Parenting

Perhaps, the most famous case of forfeiting of royal duties in order to marry a ‘commoner’ for love is that of King Edward VIII’s. The former King of the United Kingdom abdicated his throne in 1936 to marry his American lover Wallis Warfield Simpson, since the Church of England refused to accept the union between them citing her former divorce.

As the world has moved on from imperialism to modern forms of republic governance and considering how the Japanese Imperial Family, the Monarchs of Thai and the British Crown are a few of the surviving royalties of the world, one wonders when these archaic rules around male succession facilitated through marriage and relinquishing of royal responsibilities due to marriage outside of the royal family, would be done away with.

These rules are rooted in the idea of tracing royal lineage through the patriarch, who is the King (exception in case of the British Crown) and also in the idea of keeping the bloodline ‘pure’. In the olden times, the royals used the rhetoric of the ‘divine’ status to sway the public to acknowledge their legitimacy to rule. The royals were believed to have been conferred the power to rule by the divine, and their command was supposed to be that of the Gods. This has been evidenced in the inscriptions of the Ancient Egyptians to the ‘Devpuatras’ (translated to Sons of God), the Khushana Dynasty in India, as well as the 17th century European Kingships who devised a political doctrine called the ‘Divine Rights of King’ that granted them the authority to rule, conferred by God or the Chruch.

When such ideas are held by the ‘divinely chosen’ families, it percolates into the society’s idea of marriage and succession. Even in India, apart from the scarce matriarchs of the North east and Kerala, the country lives in a patriarchal set up where the main authority lies with the eldest male member of the family. After marriage, the bride is expected to move to the husband’s house, to take her husband’s family name and to name her children with her husband’s surname.

With the recent ruling from the Delhi High Court (Vindhya Saxena v East Delhi Municipal Corporation) that, “Every child has a right to choose his/her mother’s name as the surname” there is some hope for equality in heteronormative marriages between the man and the woman in terms of carrying the ‘bloodline’ and the family name.

It must also be noted that not all royal families are regressive in their approach to marriage. One fine example is of the Norwegian Royal Family. Their current head, King Herald, married Queen Sonja who was a commoner back in 1968. Their son, the Crown Prince Haakon Magnus also fell in love with a commoner and single mother Mette-Marit and married her in 2001. Mette- Marit’s now 20-year old son does not take part in royal duties but does take part in royal family gatherings.

This is testimony to the fact that even within the concept of being royalty, individuals can negotiate parity and strive to be more in tune with modern, progressive values. Being in positions of power, it is definitely up to the royalty to dismantle problematic power structures. The same reflects in families in terms of ascribing legitimacy of bloodline based on paternity. We must rethink these practices and ensure that we take steps forward into gender equality. 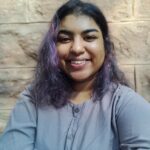 The Bold and the Zestful: 5 Pioneer Indian Women Across Fields