IntersectionalityGender What Is Outing, And How Can You Be Respectful Of A Queer Individual’s Boundaries?

Outing is the disclosure of a queer person’s sexuality/gender identity without their consent. It invades their privacy & takes away autonomy
By Udhriti Sarkar Dec 21, 2021 5 min read

Coming out about one’s gender identity or sexuality is a very personal experience. It is personal information and not necessarily news or gossip for people to have discussions over. Every individual has the right to come out on their own terms and at a time when they want to. Sexuality and gender identity are very private and sensitive information that one may never reveal or choose to reveal only to a select few. Every person should be allowed convenience and comfort while coming out.

The disclosure of any queer person’s sexuality or gender identity without their knowledge or consent is known as outing. Outing is the invasion of one’s privacy and it takes away autonomy from the queer person. It jeopardises their position in their society, family and peer group because they lose their narrative and are forced to come out at an uncomfortable time. It can be either deliberate or accidental but it is always blasphemous and unjustifiable.

Closeted queer people often fear coming out due to the rampant queerphobia in our country. They often don’t reveal information about their sexuality or gender identity out of the sheer fear for their own safety. Outing can lead to dire consequences. While at the least it is a hijacking of one’s personal narrative, it can sometimes be fatal for the queer person.

Considering the fact that we live in an utterly patriarchal, homophobic, queer non-inclusive society where the state refuses to grant necessary protection to queer people, outing can lead to losing jobs, bullying, rustication from educational institutions and often conversion or aversion therapy. No matter the degree of the consequences, outing is always harmful.

Outing is never justified, no matter the circumstance

If a queer person has come out to you that does not necessarily mean that they have come out to everyone. A person who is out to their peer group might be uncomfortable telling their parents. Some might choose not to be out in their colleagues due to the hostile workspace.

Similarly, coming out to one friend doesn’t mean the person is ready to come out to the whole peer group. If someone is out to you that doesn’t mean they are prepared to tell other friends. So, it is best to ask the queer person whom they are already out to and consult with them before posting on social media or discussing among friends. Moreover, refrain from participating in gossip.

Even if you know and interact with a lot of queer people and are accepting of them, that doesn’t automatically mean that everyone is. Closeted individuals are also proud of their identities. It is not anyone else’s job to force them out of the closet. Pride is not attached with coming out, especially not when it happens forcefully without consent. You outing someone can have serious consequences on their lives because even today being members of the LGBTQIA+ community is not easy, especially in a country that has through generations presented them as objects of ridicule or outrage.

Also read: The Violence Behind Outing Someone And The Fatality Of Queer Silence

Being queer yourself doesn’t give you the right to out someone either. Just because you have come out about your sexuality or gender identity doesn’t mean someone else will have to too. It is not your place to speak for someone else because every queer person’s journey is unique, individual and extremely personal.

Outing someone just because you think it will do them good is also unacceptable. For example, if your queer friend is suffering from mental health issues triggered by their sexuality or gender identity, you should not out them to their family just because you think they will encourage your friend to seek help.

The moment you do this, you are breaking the trust of your friend and abandoning them to face the consequences they did not actively trigger. Instead of informing their family, you can help your friend by connecting them with other queer individuals or you can inform their family about their need for mental health support without outing them.

Even though celebrities and people of power seem to have no privacy, it doesn’t give one the right to breech boundaries. Outing a celebrity or person of public significance will have unalterable consequences that might ruin their careers and even ensure an array of hate against them.

How to prevent outing?

If you know someone is queer, ask them who already know about their identity, so that you do not out them to other people. If you hear rumors about their sexuality or gender identity make sure to not give into them and do shut them out. If you are questioned about their identity, apart from not disclosing you should also tell the enquiring individual that it is not their place to know. If the queer individual prefers being called by a specific name or pronouns and is also closeted, please do not use the name or the pronouns while in the presence of everyone else without their consent.

When a queer person is coming out to you that means they trust you enough to share a part of their identity with you. So, do not break the trust and force the individual to do something they are not ready for. Outing has serious consequences and ironically, it’s the person outed who faces all of them. Be sensitive, understanding and empathetic.

Also read: Dear Straight People, Stop Teaching Me How To Be Queer 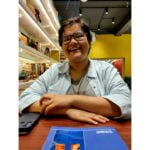 Udhriti Sarkar is a post-graduate student at Calcutta University. When she is not obsessing over fictional characters, she observes people and writes about them

Meet Laishram Sopin, A Trans Man, And His Community From Manipur