6 Queer Individuals Who Made News With Their Achievements In 2021

Queer achievements are often left under-reported. This is a list to celebrate queer individuals who made news with their victories in 2021
By Jyni Verma Dec 23, 2021 5 min read

Many queer individuals made news in 2021 for their achievements, often creating history by being the first queer person in their field or at their position. While it is saddening that biased power systems in place have stopped queer individuals in the past from achieving these things earlier, this is a list to celebrate the resilience of a few queer people for achieving them regardless of obstacles.

Of course, these individual achievements do not mean that queerphobia is a thing of the past. We have a long way to go in dismantling systems of oppression. Even while researching for this article, it was clear that news outlets barely cover queer stories. When they do, it is riddled with errors – not bothering to mention the individual’s name, calling transgender “the third gender”, or shifting the entire focus of the article on the individual’s struggles and essentially making them an object of pity and barely mentioning the achievement the piece supposedly covers.

This list tries to negate that by celebrating queer people. Queer joy is an antidote to oppressive systems and this is a (non-exhaustive) list of people from the LGBTQIA+ community who made us proud and gave us hope in 2021.

Anjali Guru Sanjana Jaan is a transgender woman who made history by running for the Bhadli Budruk gram panchayat elections in the Jalgaon district of Maharashtra, under the reservation of the ‘woman’ category. When she initially tried to do this, she was denied this right and called ‘opportunistic’. She filed a petition with the Bombay High Court, citing Section 4(2) of the Transgender Persons (Protection of Rights) Act, 2019, which allows a transgender person a self-perceived gender identity.

The Aurangabad bench, headed by Justice Ravindra Ghuge, ruled in her favour stating that the officials denying her this right were ignorant of this law. The court further said that transgender people can contest elections representing the gender they identify as. Transgender women can hail reservations for women in all cases except where there are special reservations for transgender people. Anjali Guru Sanjana Jaan went on to win the election.

Devika, a transgender woman, made history by becoming the first transgender person in Karnataka to win the Gram Panchayat elections. She became the president of the Saligrama Gram Panchayat in the Mysuru district and won unopposed.

She belongs to a scheduled caste community. She was able to run under a reserved category for women of scheduled caste communities and ran as an independent candidate. It is important to note that she was able to secure this win despite a complete lack of support from any group or local panels formed by various parties. She says she managed to achieve this because of help from the transgender community, as they rallied in her support.

Hina Haneefa, a transgender woman from Kerala, made history by becoming the first transgender person to join the National Cadet Corps (NCC). A student of the University College in Thiruvananthapuram, she was denied her chance to join the NCC as NCC only allows cisgender men and women to join.

However, she did not back down and filed a petition with the Kerala High Court. Justice Anu Sivaraman ruled in her favour, citing the Transgender Persons (Protection of Rights) Act, 2019. It recognises the right of transgender persons to a life of dignity and prohibits discrimination against them. The defense of the NCC was that they were yet to alter the NCC Act to include transgender people.

However, the court ruled that this does not make the NCC an exception to the Transgender Persons (Protection of Rights) Act. It also added that since the Act also allows transgender people to cite their self-perceived gender, Hina Haneefa should be allowed to apply as a woman, which she did.

Also read: 8 Feminist Moments From 2021 That Made Us Proud

She is a co-investigator in clinical trials on the Sputnik V Covid-19 vaccine. She was vocal about her concerns with the transphobic and homophobic study material used in medical colleges. She was also part of the movement that ultimately resulted in its removal and is currently working to make it trans affirmative.

She founded her own NGO, Human Solidarity Foundation, which provided relief to thousands during the lockdown. Additionally, she is working with TransCare to study the accessibility of healthcare to the transgender community during the pandemic, as well as their access to vaccines.

In 2021, Manjamma Jogathi became the first transgender person to be awarded the Padma Shri, the fourth highest civilian award in India. She was given this honour for her contributions to folk dance. A native of Karnataka, she is a folk dancer of Jogathi Nrithyaa, a dance form of Karnataka.

Despite becoming homeless at the age of fifteen, having to turn to begging and facing many other hurdles, she learned this art form. She began performing all over the state and is credited with making it well known and increasing its popularity. She now performs across the country. She also became the first transgender president of Karnataka Jaanapada Academy, a state government body for performing arts.

Saurabh Kirpal is an openly gay man on the verge of making history. He may soon become India’s first openly gay judge. The Supreme Court has nominated his elevation as judge at the New Delhi High Court, and it is speculated that Prime Minister Narendra Modi’s government is likely to confirm his appointment in the coming weeks.

A senior advocate practicing at the Supreme Court, Saurabh Kirpal, represented two of the petitioners in the landmark Navtej Singh Johar v. Union of India case which resulted in the removal of Section 377 of the constitution, thereby decriminalising homosexuality in 2018.

He was nominated once before to be elevated as judge in 2018, but rejected. It was said that this was because his partner was a foreign national, which was deemed a security issue. But it is highly believed that this was an excuse. He was nominated again in 2020 and said he accepted the nomination as he believed he could create change and become a role model for the LGBTQIA+ community.

Also read: 6 Women Journalists Who Spoke Truth To Power In 2021

Disclaimer: This is by no means an exhaustive or representative list. Suggestions to add to the list are welcome in the comments section 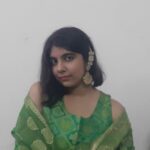 Can Feminism Free Men From The Shackles Of Patriarchy?