There was a time when women and men were coerced to stick to the traditional gender roles that were assigned to them. However, with changing discourse, we have witnessed women breaking gender stereotypes every day. Women are changing the ‘do’s and don’ts’ created by our patriarchal society by taking charge of their own choices and venturing into jobs that are labelled as ‘men’s jobs‘.

Women can now be seen on roads driving cabs, buses, trucks, autos and electric rickshaws in different parts of India. These women are not only breaking stereotypes, but also encouraging, empowering and giving strength to other women who are discouraged by the stigma created by our society.

Truck driving is said to be a rough profession, with long, unearthly hours and uncomfortable working conditions. There are very few women truck drivers in the profession. Bucking the trend is Yogita Raghuvanshi, a truck driver from Bhopal, Madhya Pradesh. The 47-year-old mother of two took to the trucking business after her husband’s untimely demise in 2003.

Another example is the case of Jothimani Gowthaman, who is perhaps the only woman truck driver in Tamil Nadu. The 30-year-old mother of two, who hails from Kallipatti village in Gobichettipalayam of Erode district, drives around in her 16-tonne truck transporting loads across states. Her journeys often last many days. Parvathy Arya, a truck driver from Mandsaur in the Malwa region of Madhya Pradesh holds the Guinness World Record of being Asia’s first woman truck driver. She was felicitated by the state government of Madhya Pradesh in 2012.

If we come to transport, even today women in general, do not prefer travelling to work by bus when they can find other means of transport, as they feel more vulnerable to sexual harassment. The Delhi Transport Corporation (DTC), in 2015, hired its first female bus driver, Vankadarath Saritha, a move aimed at ensuring the safety of women while commuting via public transport.

The first woman bus driver in India’s capital Delhi has told the BBC Hindi that her priority is to ensure the safety of her female passengers. Vankadarath Saritha, 30, received messages of support from passengers on her first day on the job – but also had to deal with malfunctioning doors.

Another example is Vasantha Kumari, despite being the first woman driver in Tamil Nadu State Transport Corporation, she did not get or expect any special concession. Until she retired, she was driving along the same route as her male counterparts. For taking up something that most women did not even think was possible, she received the Woman Achiever Award in 2016 at Chennai.

Yet another example is Pooja Devi a mother of two from the Kathua district, she has become the first woman passenger bus driver in Jammu and Kashmir. Her family did not support her initially but she continued it as she wanted to send out a message to all women who want to try their hands at challenging jobs and to those women’s families who would not let women follow their dreams.

Women have also extensively ventured into driving cabs, especially after the popularity of cab booking apps and services. Gulesh Chauhan, a female driver with the ride-hailing company Uber, found herself at crossroads after her husband passed away in 2007. The woman, who had never stepped out in public without a veil, did not just have to cope with her loss but also the pressure of supporting herself and her nine-year-old son. She took up cab driving as a means of livelihood and found it a good way to sustain herself and her family.

Many cab hailing services that hire female drivers have also come up, making it more accessible for women to foray into this profession. Delhi has Women on wheels, Womencabs and Gcabs; Kerala introduced She Taxis, Mumbai has Viira and Priyadarshani that have women drivers.

Reducing air pollution and supporting the socio-economic empowerment of women through training and job opportunities, are both central to the eradication of poverty. Through its Female Electric Rickshaw Driver program, Karuna-Shechen provides marginalised Indian women with the skills and the means they need to work as e-rickshaw taxi drivers in Bodhgaya, India.

Today, e-rickshaws are on the rise in almost every part of India, aided by easy loans and their growing popularity among daily commuters, due to the cheap fares and last-mile connectivity they offer. The entry of women e-rickshaw drivers has proved to be a viable employment option for women.

Also read: Why I Love Driving But Don’t Particularly Like The Men On My Passenger Seat

Lalita Gautam of Lucknow, Uttar Pradesh, a 28-year-old is part of a growing tribe of sprightly, young women e-rickshaw drivers who are challenging gender stereotypes in the state. Gautam’s case is special for being the first woman in the state to receive an e-rickshaw driving license in 2015. She efficiently balances her strenuous days on the road with her role as a mother and provider.

Like Gautam, Pushpa Nishad, Meera and 40-year-old Rasheeda are also proficient e-rickshaw drivers. In the beginning, people used to give strange glances to them when they saw a woman driving an e-rickshaw. There were occasional catcalls by fellow male e-rickshaw drivers, too, but these attitudes are slowly changing.

Working in ‘male only‘ professions has its problems. From lewd stares of men to unnecessary harassment by transport officials, these women drivers have faced it all. However, nothing could match the grit and determination these women have. The stories mentioned above are, however, just the beginning, the first steps towards changing the scenario – one statistic at a time.

Women drivers are not only breaking the stereotypes and stigma connected to women, but they are also becoming a reason for many girls to join school or college who earlier were unable to get enrolled because of the harassment on roads and public transport. Now, with women as drivers, the parents of these girls are also likely to be less worried as they can trust women drivers in comparison to men.

The same goes with working women, they feel safer to commute late at night as they have women on the driving seats, which. It should not be the burden of women to facilitate an abuse free travel experience to other women, but given where we are in our society at this point, this is definitely helping a few women feel more secure to travel. These women drivers also motivate young girls who are willing to take up non-conventional jobs.

Also read: Stop Teaching Women Only How To Cook; Teach Them Driving!

Hiba is a feminist and an independent researcher. She believes that all humans are equal and looks forward to work for women’s empowerment and equal opportunity 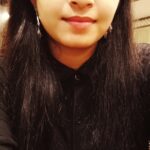 On Solitude, Sleep And Other Stories

The Validation Spiral: How We Let Others Define Our Self-Worth

CRPF To Organise Chaupals For Personnel: Mental Health & The Pressure To Perform Masculinity