IntersectionalityFeminism 101 Who Is A Feminist Killjoy?: Accusing Those Who Question Of ‘Killing Joy’

Imagine yourself in a situation, where you raise a question on a relevant patriarchal problem prevailing in your family, and you are accused of destroying the ‘family peace’. Not only in the private realm of the society, but in the public realm as well, if you raise a question on a problem which is gendered and pervasive, you will be accused of ‘posing a problem’, ‘complaining‘, or being a ‘feminist killjoy‘.

Feminist killjoy is a term which describes an individual who raises uncomfortable questions, necessary truths and unpopular opinions. The term was highlighted by feminist scholar and independent writer Sara Ahmed, who works at the intersection of feminist, queer, race studies, when she resigned from Goldsmiths, University of London, in protest of the institution’s inability to deal with the sexual harassment prevalent in the workplace. She wrote about the same on her blog, feminist killjoys.

In her book, ‘Living a feminist life’, Sara Ahmed says, “When you expose a problem you pose a problem. It might then be assumed that the problem would go away if you would just stop talking about it or if you went away.”

How do feminists kill joy?

Feminist killjoys, who interrogate systemic problems are frequently told to hush themselves, or to not ‘create a mountain out of a molehill‘, to not cause any ‘unnecessary’ disturbances in other people’s lives and in the system. The question that we must ask here is – Why do people try to muzzle feminists and feminist queries?

Mainly because feminist killjoys disrupt the smooth functioning of the age-old systems and practices that advantage men and marginalise women and other genders. When a problem affecting a particular marginalised group is brought to surface, it compels people who are in power to step out of their havens and address them.

This inconveniences patriarchy and those who hold power. Therefore, the burden is then shifted upon the person who raises questions. It is easier to snub the individual who questions by accusing them of spoiling the mood or being unhappy with everything, rather than addressing the problem at hand.

The problem itself does not remain the center of attention, but the person who speaks up against it is tried to be ‘fixed’ by the people, by simply telling them to silence themselves.

Talking about her book ‘On Complaint’, Sara Ahmed says, “I want to give room to complaint. To listen to complaints. In order to counter a history that has become routine in which those who complain are dismissed, unable even to bear witness even to their own experiences.”

“You feel wronged by being perceived as in the wrong just for pointing out something is wrong.”  For instance, when you address a particular issue which rages you, the emotion of anger will be accompanied when you elaborate on it. Your anger and frustration about the way you speak about the issue will serve as an evidence about that fact that you are just ‘angry and frustrated‘.

The very issue behind the veil of these particular emotions will disappear. “It is frustrating to be heard as frustrated; it can make you angry that you are heard as angry,” Sara Ahmed writes in her book.

When the majority of the people thrive and bloom under the shelter of patriarchy, anyone who tries to disturb the system becomes the source of problems, a feminist killjoy. Why would anyone like to step down from their position of power? Or give up opportunities where they can be dominant or can gain an upper hand?

Naturally, standing up against certain primordial issues favoring a particular section, will invoke a prejudiced reaction. It is draining to constantly be branded as someone who kills joy. But important questions and interrogations that are of import must be asked. Being feminist or asking questions is not the root cause of the problem. There are systemic, layered, generational dynamics to how patriarchy manifests in public and private spheres.

They must be addressed and we must make sure that solutions are formed. At the risk of being called a feminist killjoy, we must keep asking inconvenient, relevant, pointed questions.

Also read: COVID-19: A Feminist Killjoy’s Rant On Toxic Productivity In The Academy 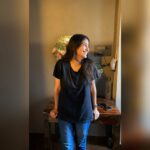 A Feminist Review Of Avengers Endgame: A Soft Nod To Female Solidarity

Why the Growing Number Of Women Taking Up Kathakali Is Heartening