HealthMental Health What Is Obsessive Compulsive Disorder?: Unpacking The Common Misconceptions About OCD

OCD is not about preferring to clean and organise things in a certain way. It is a serious mental health concern that needs intervention.
By Poulomi Chandra Mar 29, 2022 5 min read

Obsessive-compulsive disorder (OCD) is a serious mental health condition in which individuals experience unwelcome, recurrent thoughts and urges that appear to be beyond their control (in the form of obsessions), and are motivated to engage in repetitive behaviours (as compulsions). OCD is a type of disorder that generates a great deal of anxiety in an individual.

The behaviour patterns or routines that people with OCD use to relieve the anxiety that takes root from repetitive thoughts and fears are extremely taxing. While these recurring, intrusive thoughts and actions may appear trivial to others, they can greatly compromise a person’s quality of life and everyday social connections.

When a person suffering from Obsessive-compulsive disorder tries to navigate their obsession, their frequent nervous thoughts intensify. As a result, one feels motivated to carry out the behaviours that help in coping, in order to alleviate uneasiness. Despite the knowledge and will to ignore the distressing thoughts and anxieties, they return regularly, prompting further repetitive behaviours and perpetuating the damaging cycle of OCD.

Obsessive-compulsive disorder is frequently portrayed in popular culture as a phobia of germ contamination, compulsive cleaning, and hand-washing, sometimes untill the skin is chapped. However, it is critical to note that OCD is not limited to that, and frequently involves several other themes and symptoms.

Causes, symptoms and diagnosis of OCD

It is unclear what exactly causes obsessive-compulsive disorder. Certain incidents and circumstances can either enhance or decrease the likelihood of developing this condition. These may include a background of abuse or trauma, bereavement caused by the death of a loved one, career or school challenges, hyperactivity in the brain, serotonin imbalance, a sudden life-changing event or disease, and so on. Genetics and the environment also plays a vital role in the development of this condition.

People who suffer from OCD are typically aware that their thoughts and impulses are the results of their mind being irrational and unreasonable, yet the invasive thoughts cannot be remedied with logic or facts. Usual obsessions include, but are not limited to, fear of losing anything valuable, disconcerting sexual images, fear of randomly saying obscenities out loud, an excessive need for organisation, perfection, and accuracy, recurring ideas of sounds, images, or other things, fear of becoming infected by germs, fear of touching objects touched by other people, fear of committing mistakes, need for affirmations, fear of inflicting damage, undesirable aggressive thoughts about losing control.

Compulsions are recurrent behaviours that an individual with obsessive-compulsive disorder finds necessary to exhibit in response to an obsessive thought. The motivation for acting on these compulsions is to ease stress which is induced by one or more such obsessions, in which, often the former may be entirely irrelevant to the latter. In extreme forms of OCD, these compulsions can consume so much time in a person’s daily routine that they are unable to complete important activities, leading to additional stress.

People who experience obsessive-compulsive disorder may develop a tendency of doing quick, repeated actions such as blinking their eyes to a precise count, shrugging their shoulders, shaking their head, sniffing their nose or snorting, clearing their throat, and a variety of other things.

Also read: Here Is How You Can Support Someone With OCD

Symptoms of obsessive-compulsice behaviour normally appear in early childhood or adolescence, or may gradually increase or fluctuate in intensity throughout one’s life. The kinds of obsessions and compulsions that one experiences might also alter throughout time. When a person with this condition is under a lot of stress, their symptoms will usually intensify.

While most adult individuals with OCD understand that what they are doing is odd, some adults, adolescents, and children may be unaware that their conduct is unusual. Symptoms indicative of OCD in children and adolescents are often recognised by observant parents or teachers. People who have a family history of obsessive-compulsive disorder, undergo turbulent events in life or have other mental health conditions, are observed to be more at risk of developing OCD.

Symptoms may appear but then go, gradually improve, or aggravate. People suffering from obsessive-complusive disorder may strive to help themselves by minimising circumstances that trigger their preoccupation with intrusive thoughts, or they may use prescribed medications from mental health professionals to ease their symptoms.

There is no specific test for OCD. However, a healthcare practitioner makes the diagnosis after enquiring about one’s symptoms. Some of the above-mentioned symptoms may occur from time to time in people. However, it is usually suggested to see a doctor if these obsessive and compulsive behaviours become so recurrent that they interfere with one’s everyday life.

OCD is treated with medication, psychotherapy, a combination of the two, or additional therapeutic procedures as determined fit by the medical professional.

Also read: Living With OCD Is Not As Instagrammable As You Think

The term obsessive-compulsive disorder is tossed around very lightly in popular culture and daily conversations to characterise someone who is orderly, likes to clean, wants to perform flawlessly in jobs, or is simply more attentive to personal hygiene. However, it is critical to note that this is not the same as having clinical OCD, and adopting a casual attitude towards it is inconsiderate towards individuals who suffer from it.

OCD is more than just being concerned about routine activities or preferring to clean and organise things in a certain way. It impairs a person’s quality of life to such a degree that often, other mental illnesses like anxiety and depression accompany it. If the severity of one’s obsessions and compulsions is interfering with one’s everyday life, it is best to consult a mental health professional as soon as possible to begin treatment. 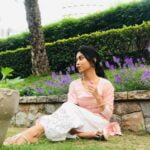 PM Modi Is Giving Up His Social Media To Women, And We Have Some Suggestions!