The Lavender Scare was a state-sanctioned witch-hunt against homosexuals in the U.S, leading to their mass dismissal from government services.
By Mrittika Mallick Jun 21, 2022 6 min read

The colour lavender, generally associated with the LGBTQIA+ community, came into significance because of its associations with the terms like the ‘Lavender Scare’ and the ‘Lavender Menace’ of the 1950s and 60s. The Red Scare, which entailed a widespread suppression of the rise of communism and other leftist ideologies by the State, was a focus for most historians during the early 19th century. But they hardly discuss the Lavender Scare, which took place around the same time.

The Lavender Scare was an extensive panic and state-sanctioned witch-hunt against homosexual people in America, which led to their mass dismissal from government services. Left out from mainstream history books, this event has remained unknown by most people because of its stigmatised ignorance.

History and coinage of ‘Lavender Scare’

During the period of the Cold War, heightened concerns about internal state security systems gave rise to several security principles under President Eisenhower’s administration. These policies led to the formation of a ‘dual loyalty-security test’ that would, in the coming years, effectively ‘catch’ communists and homosexuals – the two groups regarded as criminal and moral threats to the state at the time.

As work and professional pursuits increased after the war and the youth population poured into bigger cities, homosexual relationships become more public. Consequently, public awareness and sensitisation about homosexuality improved. However, the laws of elimination continued in the 1950s when Senator Joseph McCarthy made sure that recognising and excluding homosexuals from federal workspaces was to be taken seriously.

His ‘Red Scare’ campaign targeted thousands of subversive communists who were also alleged to be gay. The Red Scare then eventually morphed into the ‘Lavender Scare’, since homosexual people were portrayed as disloyal enemies of the state. Numerous government and federal employees were fired during these years because they were supposedly “unsafe risks” and incapable to be trusted with state secrets and policies.

Loss of federal jobs in the 1950s due to allegations of homosexuality rose from 5 to 60 percent each month. The investigations also led to countless discriminatory arrests, segregation of homosexual people from federal and military spaces, and much effectively spread an air of ‘lavender fear’ among the common people.

The moral panic about homosexuals in America did not have a term at the time when it was taking place. It was only in 2004 when historian David K. Johnson discussed this elaborately in his book titled The Lavender Scare, that the coinage emerged. The name was derived from the repeated use of the term “lavender lads” by Senator Everett Dirksen to refer to homosexual males.

This was the first time when the policy and its impact were historically examined. ‘Lavender Scare’ has been discussed since then, and has been associated with the string of events that have morally shaped the forgotten aspects of the Cold War period.

Impact of the scare

During his anti-communist crusades, Senator McCarthy often combined the Second Red Scare and the Lavender Scare. He would make comments like, “If you want to be against McCarthy, boys, you’ve got to be either a Communist or a cocksucker.” Although Washington D.C and some other places in the U.S had a fairly sensitised public space for homosexual men and women, McCarthy’s campaign against them, aided by the climate of the Cold War turned the air overwhelmingly negative.

The mass dismissal of homosexual people in the U.S continued for a long time. Unlike the communists, homosexuals were being uncovered, which furthered this ‘lavender’ pursuit. Men and women were subjected to corporal investigation for not just suspected ‘immoral’ tendencies but also for potential mental illnesses, communist activities, unlikely friendships, and much more, that were all made to be linked with homosexuality.

Also read: ‘Badhaai Do’: The Story Of A Lavender Marriage To Collective Victory Of Individual Choices

There was even the formation of a sub-committee under the Committee on Expenditures in Executive Departments called the Sub-committee on Investigations, that carried out rigorous investigations on “the employment of homosexuals in the Federal workforce.” Moral and sexual “perverts” was mostly what these men and women were labelled as. These “security risks” would not be tolerated by the government for the sake of public interest.

Most importantly, the government policy strengthened police forces in the U.S. It was argued that lesbians were at lesser risks than gay men since they had lesser accessibility to federal spaces owing to gender bias. Nevertheless, intense interrogations were made and some homosexual groups were even forced to exist as underground communities.

‘Voluntarily Resigned’ was the news that mostly appeared in papers every time someone was forcefully made to resign due to suspected homosexual behaviour. The persecution impacted the psychological well-being of countless people, leading to mass suicide and homophobic murders during these years.

Even though the reign of McCarthy ended in the mid-1950s, the frightening homophobia born during his time stayed on. After Frank Kameny, an astronomer for the U.S Army Map Service was fired because of his homosexuality, he devoted his life to gay rights movements in America.

He was one of the major protestors during the ‘Lavender Scare’ movement, who participated in picketings in front of the White House by risking his own life. These acts of resistance would eventually lead to bigger gay rights movements that spread across America. According to historian Lillian Faderman, this was not just a choice of sexual orientation, but also of social orientation. Several underground organisations were formed, that started several homophile movements in the following years.

Years later in 1980, Jamie Shoemaker, a linguist in the National Security Agency was again removed from his position for his sexual orientation. However, with the help of Frank Kameny, he fought against this discriminatory act and made headlines when his federal badge was restored.

The headlines read “Security Agency to Permit Homosexual to Retain Job”. The practice of removing federal workers and officials on discriminatory grounds was largely weakened, although not ended. After forty-two years, in1995, Eisenhower’s security policies against gay people were finally brought to an end by Clinton in official terms.

Unlike its red counterpart, the period of the ‘Lavender Scare’ has failed to receive the historic exposure it deserves. Numerous gay men and women were stripped off their daily livelihood, faced with shame, public embarrassment, unemployment, and a threat to living in general. Documenting this traumatic period that has brought about its silent legacy for future generations is crucial, especially in the context of the Pride Month.

Also read: What Are Gender Pronouns And Why Should We Use Them Accurately?

Mrittika has recently graduated with a bachelor’s degree in English from Jadavpur University. She is usually found expressing her love for art, politics, and culture through words and music. At other times, she is most likely traveling around the town trying new delicacies and imagining her life as a Greta Gerwig movie. She is on Instagram and LinkedIn 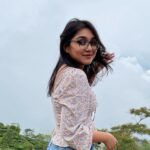 Parenting And Gender: We Must Do Away With The Blue & Pink Binary To Let Children Be