SocietyCampus Gender In Academia: Women In Higher Education Must Be Retained And Transformed Into Workforce

The increasing access of women to higher education is significant progress, but this number must be retained and transformed into academic workforce.
By Shuvangi Khadka Jul 1, 2022 6 min read

Six years back, upon my admission to a law school, I noticed something peculiar. The percentage of female students as compared to males was quite high in our university. One semester down the lane and we figured females surpassed males not only in terms of their number and attendance but also in their scores (there were only two batches then).

Only recently, I realised that the reduction (in some cases even reverse) in the gender gap in higher education is not an isolated phenomenon. Across many countries in the world, it has been widely experienced. To quote Hanna Rosin, author of The End of Men, it is “the strangest and most profound change of the century, even more so because it is unfolding similarly pretty much all over the world.”

Even in India, more women are enrolling and completing higher education. The All India Survey on Higher Education (AISHE)  2019-20 report shows India saw an upsurge of 18 percent in female enrolment in higher education from 2015 to 2019 at all the national-levelnational level ( even though enrolment of women in STEM fields is quite low as compared to male numbers.)

But the presence of women in academia hasn’t increased with the same intensity. Today a wealth of scientific data exists about gender inequality in academia. This is particularly dismaying when girls who not only outnumber but also perform better at school than boys, are not in employment positions due to cultural norms and unconscious bias among adults, who don’t see women in an equal foothold to that of men.

The lack of enough female representation in teaching faculty affects the voice and agency of the young female students in numerous ways.  First of all, representation matters. It unconsciously wires a person’s brain. In the world of academia, where men occupy most positions is considered to be the norm and the students also internalise the situation, and never to question it. In such a setting, many students run the risk of developing an unconscious bias against female faculty.

In a 2015 survey titled “How Gender Impacts a Student’s Experience on Campus” administered by the University of Alberta Students’ Union, female students in Science pointed out that the lack of female instructors in mathematics and statistics programs, raised some specific concerns about the lack of female mentorship and role models in academia. Other female respondents also attributed this to lesser females taking leadership roles on campus.

Even the existing female faculty are not projected as role models. “Their achievements are underplayed. As women, we have to show extra perseverance and grit along with flexibility,” says Anu Singh Lather, the vice-chancellor of Dr B.R Ambedkar University.

Apart from the scholarly contributions and different leadership skills that female faculty bring to the table, they also help in enhancing the performance of women, especially from marginalised sections. E.g., research has shown that women faculty of colour helped in increasing participation and retention of female students of colour.

It is not that there is no female presence at all in academia, but what is concerning is the positions they occupy in the majority. Females are employed in higher numbers in medium to low-level positions– like assistants, lecturers, office registrar staff, accounting office, HR, library, etc. Their number dwindles as the rank rises. Santishree Dhulipudi Pandit, the VC of Jawaharlal Nehru University says that women do not move to be associate professor or professor levels as fast as men.

Their position determines the level of authority exerted by these women. The low number also brings the question of whether these female faculty are hired just for filling quota seats or they actually have a say in the crucial decisions made by educational institutions.

Also read: First Generation Learners: The Struggles To Fit Into The Mainstream Imagination Of ‘Merit’ And Surviving In Academia

When there are fewer or no female personnel in decision-making positions, then the problems specific to a gender may be severely overlooked. Once in my university, we had an acute shortage of water. It took days of protest from female students to make male faculty realise how dustbins and water were especially essential for women.

Another aspect is related to how student-teacher relationships sometimes require connections outside of the classrooms, especially in campus settings where people have to connect to peers and their elders for thesis, research or other guidance purposes. For female students, it can be a bold step to meet male teachers privately for a follow-up as society or even their peers may stigmatise such students for establishing relationships with male teachers beyond the classroom. It can be even more challenging in staff rooms filled with male faculty.

Such one-to-one mentor-mentee relationships are even more common in STEM fields like engineering, medicine and science. It also involves significant dependence on one mentor or a small committee for research projects, education and career mentoring, and funding, which are often all under the guidance of the advisor.

The high number of male faculty also creates a volatile environment where female students have to navigate the learning experience constantly looking over their shoulders. The two main conditions  identified for contributing to increase the risk of sexual harassment against women in academia are – organisational tolerance for sexual harassment and male-dominated environments.

In India, post the wake of #MeToo movement, different lists publicly naming and shaming Indian professors in academia for sexual harassment made rounds on social media. With many survivors’ stories being made public, there has been a collective realisation that sexual harassment is all about power differences.

Due to the dearth of female faculty, there are not enough female representatives that women students can go to report their sensitive complaints ,with the confidence of getting some form of justice. There are even lesser female faculty who can take forward the process and impose concrete sanction against harassers. Sometimes, higher education is said to be rife with cases where instances and names of sexual predators are kept as an open secret with no scope of retribution.

All of this is not to over-burden female faculty with the entire responsibility to counter abuse and harassment perpetrated by male professors. Engaging in such additional work affects female professors’ own performance as well. A study amongst U.S Professors and college students has shown that female professors professed developing more friendships and positive relationships with students.

But this came with a cost. Students who revered male professors as more authoritative than their female counterparts were more likely to ask special favour requests from them. This meant additional work demands being asked of the female faculty who are already dealing with considerable work pressure.

Also, mere presence of female teachers is definitely not a magic potion to alleviate the learning experience of the students. Especially when they bring in their own share of gender stereotypes or exclusionary attitudes due to their cis-gender or class privilege, being products of the same patriarchal society.

One of my law school seniors, Padma Rijal, recently joined our law school as a lecturer. While being a student there, she shared that due to lack of enough female faculties, students did feel as if they had missed the legal discourse from a gender perspective. Now being one of the female teachers she says, “I feel that female students come to me and share things, ask for advice and find me approachable, as the majority of students are still female.” Being the youngest teacher in the campus, she also acknowledges male faculties encouraging her to grab opportunities and providing her ample space for growth.

In her bid to increase female students’ percentage post her appointment Najma Akhtar, vice-chancellor of the Jamia Millia Islamia (JMI) said she would try to “get women representatives on all important administrative posts in the university so that female students feel comfortable in reaching out to them.”

The increasing access of women to higher education is significant progress but it is only half the equation solved. This number needs to be retained and then transformed into the academic workforce. Only when a suitable environment can be created for females in academia where they can advance and get compensated fairly with opportunities, can they progress further.

Students enter universities at a young impressionable age. Therefore, educational institutions play a crucial role in forming their perception about norms and standards related to education and work. It matters what actions are taken, and who they interact with, to make the campus premise a safe and collaborative space for learning. 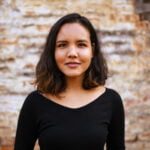