A staunch officer, a dedicated civil servant, and a humble person, Anna Malhotra challenged patriarchy in her own way.
By Anshula Agarwal Oct 12, 2022 4 min read

The pursuit of education can break stereotypes and Anna Rajam Malhotra’s story as the first female IAS officer post-independence is a case in point of how women can scale great heights if given the right opportunities. At a time when society precluded women from engaging in office activities and attending college, Anna Malhotra stood her ground and fought gender bias.

Born as ‘Anna Rajam George’ in Kerala’s Ernakulam district in July 1927, Anna Malhotra served in the state of Madras under then Chief Minister C. Rajagopalachari and at the centre as an IAS officer from 1951-2018. In the course of her long and successful career, she undertook various projects and went on to work with Rajiv Gandhi during the Asian Games of 1982.

Her journey began in Calicut where she completed her intermediate education at Providence College. Upon securing a bachelor’s degree from the Malabar Christian College she moved to Madras and earned a master’s degree in literature from Madras University.

Upon clearing her civil service exams in 1951, she was invited to attend the interview. The interview proved to be the start of the many problems that she was yet to encounter as a female in a male-dominated profession. Although the interview board advised her to choose the foreign or central services, as they were considered ‘more appropriate’ for women then, her steadfastness led her to join the civil services under the Madras cadre.

It is interesting to note that her appointment letter had the following lines: “In the event of marriage your service will be terminated”. Later, however, this rule was changed. At first, her boss, C. Rajagopalachari was of the view that it was not suitable for women to serve in the civil forces and was not keen to appoint Anna as a district sub-collector.

In the face of such a challenge, Anna Malhotra yet again proved her skills as she had undergone training in horse riding, rifle and revolver shooting, and using magisterial powers. Her skill set and knowledge allowed her to compete with her male counterparts and led her to eventually become the first female district sub-collector appointed at the Hosur district. Years into her service, Anna also learned that Rajaji (C. Rajagopalachari ) had mentioned her as an example of a progressive woman in a meeting held at Tiruchirappalli.

In an exclusive interview in 2012 with The Hindu, Anna Malhotra opened up about how her identity as a woman led her to face multiple challenges, where her ability and authority were questioned. During her service, her male colleagues were sceptical of her handling administrative decisions that involved the use of state force. The fact that Anna reached the position of a collector, helped silence her gender-biased critics.

Anna Malhotra was said to be hardworking and had a unique humane approach to solving administrative problems. For example, when 6 elephants entered a village in the Hosur district, instead of shooting them, she used her general knowledge of tact, enabling the office to manoeuvre the elephants back to where they came from.

The then Union Public Service Commission (UPSC) recruiting officer commended her efforts and claimed that her performance persuaded him to recruit more female candidates. To this, she remarked that let not her performance be a judge of the female population and believed that merit and equal opportunity to women should prevail to have capable officers to govern the country.

Passionate, honest, and stubborn, Anna Malhotra’s dereliction to service and her genuine approach to problems were also responsible for making her the recipient of the Padma Bhushan in 1989.

In September 2019, Anna Malhotra passed away in her Mumbai house at the age of 91. Paying tributes to Ms. Malhotra, retired Tamil Nadu cadre IAS officer Santha Sheela Nair said: “She was a great lady and she was my role model. Whenever people appreciated me, they used to say my actions resembled hers a lot.”

Four years after her death, we still celebrate Anna Malhotra’s journey as she shared an experience unique to the women of her time. A staunch officer, a dedicated civil servant, and a humble person, Anna Malhotra challenged patriarchy in her own way.

Therefore, Anna Malhotra continues to serve as an inspiration to women across various domains. Apart from her achievements, she also reminds us of the excellence that women can attain when provided with education and opportunities, and the importance of standing one’s ground in a gender-biased world. 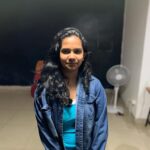